3 battles fought 2,500 years ago were more important in forging liberty than the Battle of Hastings

During the 5th century BC, before the rise of Rome, there was another great superpower: Persia. Its rulers called themselves King of Kings and wore purpleedged tunics, gold belts and daggers in scabbards ‘adorned with gems’.

To their rivals the Greeks — a scattered people who were very small fry indeed compared with the Persians’ monolithic might — they were effeminate Orientals, tyranniclly lording it over lands stretching from Egypt to India, while everywhere spies known as ‘King’s Ears’ and ‘King’s Eyes’ kept the rulers informed of any acts of resistance. 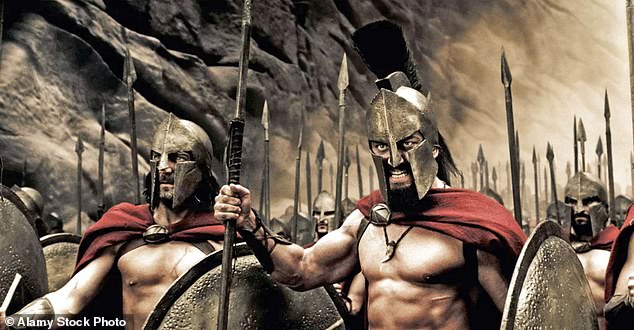 Stephen Kershaw evokes the scary spectacle of the Persian army on the march. UK-based author tells the tale of the Greek army during the 5th century BC

Meanwhile in Greece, free speech and liberty were valued above all else (unless you were a slave, of course). There was no Greek nation then, but rather a scattering of Greek-speaking peoples across what is now Greece, the Aegean, western Turkey, Sicily and southern Italy. Their language was what they had in common, and they regarded anyone else as barbarians.

In spite of their size, in just a few decades the proud Greeks invented philosophy, history, drama, astronomy, geometry, life-like sculpture and classical architecture… the list seems endless. But their most enduring legacy, perhaps, derives from one early spring day in 490BC, when ‘the free, native-born, adult male Athenians did something utterly extraordinary: they went to the polls…’ And democracy was born.

Perhaps it was this impertinent idea which really drove Persian king Darius to demand Greek obedience to him, but they refused. Thus ensued the epic Greek-Persian battles of the 5th century — Marathon, Thermopylae and Salamis —and in this case the over-used word ‘epic’ truly is appropriate.

Kershaw tells the story in thrilling style, and with superb maps for extra clarity, focusing on the three conflicts which really did save the Greeks from Persian tyranny and led to a wholly different future for Europe.

These battles were once known to every English schoolboy. John Stuart Mill wrote that the Battle of Marathon, ‘is more important than the Battle of Hastings’ in English history when it comes to the Western tradition of freedom. An extraordinary thought.

Kershaw evokes the magnificent but terrifying spectacle of the Persian army on the march: elite soldiers, the Immortals, wearing bracelets and elaborate beards, cooks and concubines, mules and camels, club-wielding, bronze-helmeted Assyrians, Bactrians with their reed bows, Arabs in belted robes, Nubians in leopard skins, their Into battle: Gerard Butler, right, in the hit film 300 bodies painted half-white and half-red, Africans with fire-hardened wooden spears, Indians in chariots drawn by wild donkeys. A vast multi-national force, marching against one small army of quarrelsome but extremely canny and creative Greeks …

The two armies met at Marathon, north of Athens: 500,000 Persians against just 10,000 Greeks who, to the astonishment of their enemy, ran at them in full armour, about a mile across the sandy plain of Marathon, carrying shields weighing up to 15kg and spears three metres long.

They were only citizen-soldiers, not professionals — but then, of course, the Greeks also invented the gym, and revered the ideal of physical fitness and beauty. 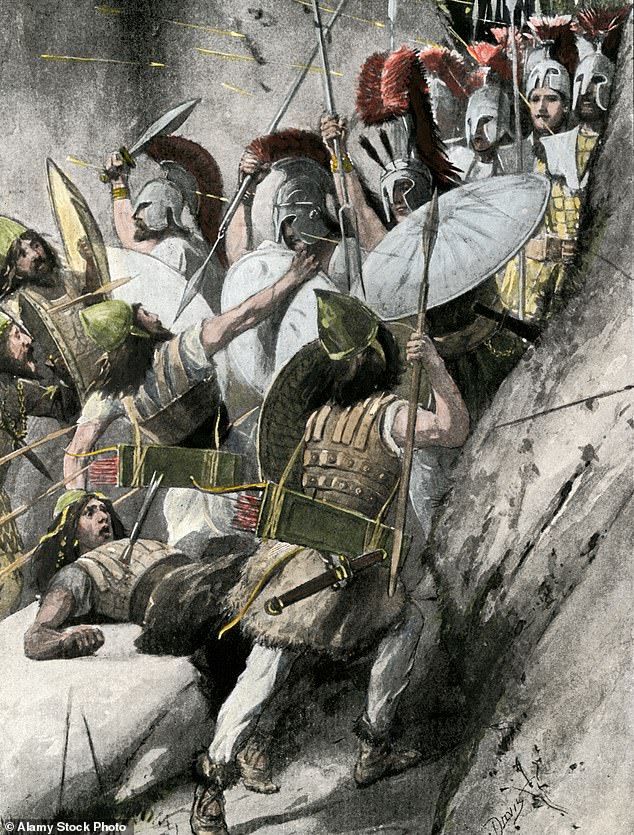 Kershaw evokes the magnificent but terrifying spectacle of the Persian army on the march: elite soldiers, the Immortals, wearing bracelets and elaborate beards, cooks and concubines, mules and camels, club-wielding, bronze-helmeted Assyrians, Bactrians with their reed bows, Arabs in belted robes, Nubians in leopard skins, their Into battle

What followed was like a ‘hyper-violent rugby scrum,’ says Kershaw, the Greeks boxing in the much greater numbers of Persians and then slaughtering them in the thousand. Greek historian Herodotus said some 6,400 Persians were killed to just 192 Athenians.

But the danger was not over yet. A decade later Darius’s still more vainglorious son Xerxes was determined to complete his father’s unfinished business: ‘The sun will not look down on a single land that does not lie within our borders’.

He crossed the Hellespont and met the Greeks again at Thermopylae, where 300 Spartans resisted his vast army for three days in a legendary stand-off, the subject of the box-office hit film 300.

A day of carnage, but as the saying goes, freedom isn’t free

Finally came the clincher, the sea battle of Salamis. The names of the Greek rowing galleys speak volumes: Good Government, Freedom and Democracy. The Spartans, fighting alongside the Athenians, declared: ‘We are poor but brave, and will never submit to anything remotely resembling slavery. It makes no difference how many we are fighting against.’

Heartbreakingly, the Athenians had decided their beloved city itself was indefensible, so they took to their ships in the Bay of Salamis and then waited helplessly while the Persians rampaged on land, burning the old Acropolis to the ground with the priests inside and gang-raping women to death. At one point, Xerxes sacrificed nine local children to his gods by burying them alive. ‘A Persian tradition,’ said Herodotus with evident disgust. 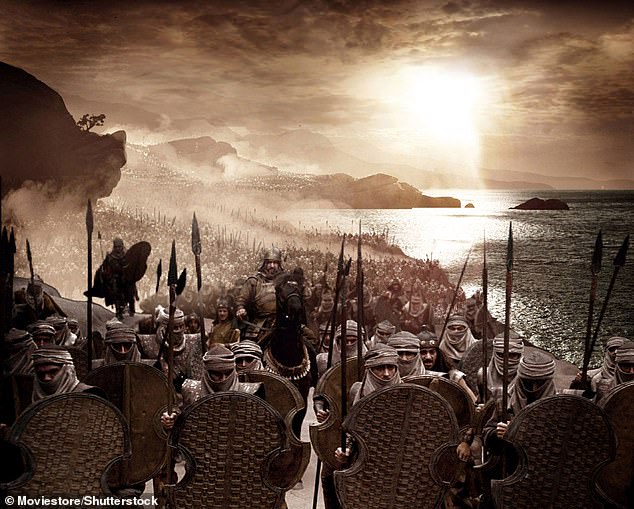 Smaller, nimbler Greek galleys slipped in fast and low among the jostling enemy ships, shearing off their oars as they swept past and leaving them helplessly floundering

Xerxes then installed himself on a canopied throne high on a promontory to watch the sea battle unfold below. The Persians were by now exhausted, far from home, their supply lines over-stretched, while the Athenians knew every wind and current in those waters so delayed engaging until well on in the day, when the offshore breeze would combine with a rising southerly sea breeze and cause havoc for the high-sided Persian galleys.

Then the smaller, nimbler Greek galleys slipped in fast and low among the jostling enemy ships, shearing off their oars as they swept past and leaving them helplessly floundering.

As Persian ships sank, they drowned by the thousands

Other Persian vessels were rammed beneath the waterline with bronze-beaked prows and it turned out the Persians were not good swimmers. As their ships rolled and sank, they drowned by the thousands. The Greeks, wrote the tragedian Aeschylus, ‘kept on clubbing them, hacking through their spines, using broken bits of oars, as though they were tuna or some other haul of fish…’

A day of dreadful carnage — but Greece, Europe and democracy were saved. As the saying goes, freedom isn’t free. Xerxes, bitterly humiliated, turned for home, and the Persians never again came close to enslaving this extraordinary, argumentative, brilliant people.

It’s a riveting and heroic story, told with tremendous verve and splashes of colour, and still grimly relevant in today’s world of tyrants and despots, empire-builders and doughty freedom-fighters.