3 things that have contributed to the Chicago Cubs’ recent success, including Ian Happ’s notable switch-hitting mark – The Mercury News 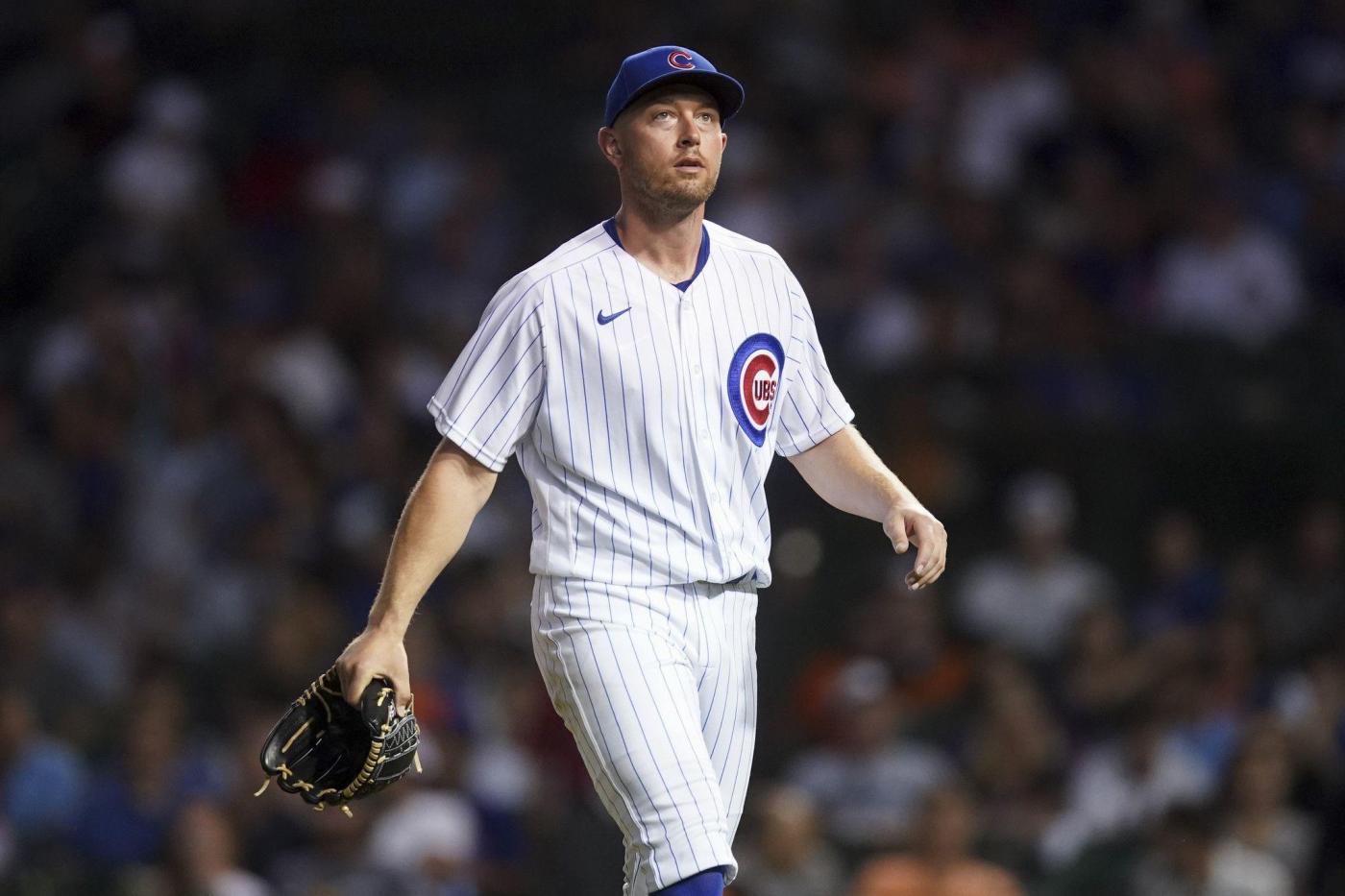 The Chicago Cubs’ recent stretch of winning series is about to be tested.

Friday’s 8-7 win against the Milwaukee Brewers was the second game of an 18-game stretch against teams with a winning record. The Cubs have won five consecutive series and outside of a three-game series in St. Louis, the Cubs have largely played well since the All-Star break.

It’s not enough to erase an ugly 51-67 record, though the Cubs continue to compete under manager David Ross. A banged up Willson Contreras hasn’t wanted to sit out while dealing with a sore left ankle, an injury he initially sustained in the Field of Dreams game and reaggravated Thursday in Baltimore. As long as he is able to walk on the ankle, he wants to be in the lineup.

“This team, I think we have something special here to be honest,” Contreras said. “Every player that comes in is willing to listen, we want to win and that’s why I want to play with through my injury. I want to be part of what’s going on here.”

Here are some observations about the Cubs’ recent success.

1. P.J. Higgins is making the most of limited opportunities.

Entering Saturday’s game against the Brewers, Higgins has started only nine games in the last 5½ weeks. Yet the inconsistent at-bats have helped Higgins find a daily routine in the cage to prepare for when Ross does call on him. Higgins’ two-run homer in a 3-2 win Wednesday is part of a stretch in which he has reached base safely in nine of his last 11 games with a plate appearance.

His ability to play both corner infield spots and catch gives Ross defensive options off the bench, too.

“That guy’s a Swiss Army knife,” Gomes said. “He can play all kinds of positions. He comes in and does his thing whenever his name is called. That guy on the ballclub is a huge, huge piece. What he’s doing, I mean, it’s not easy at all.”

It’s a credit to Higgins, 29, for staying ready.

“I feel like you’ve got to be open to whatever they throw at you and just know that not everything’s going to be consistent, which is perfectly fine,” Higgins said. “That’s the biggest thing that I’ve tried to just make sure when I do get those opportunities whether I get out I’m trying to have a quality at-bat.”

There isn’t an obvious path to more at-bats this season after no big-league position players were traded at the deadline. But Higgins’ performance is solidifying a roster spot next year, whether in the same bench role or finding a few more opportunities to work him into the lineup. Regardless, Higgins’ emergence is one of the bright spots this year for the Cubs.

When Happ slugged his 11th home run of the season Monday at Nationals Park, it landed him among notable company.

“I take a lot of pride in that,” Happ said. “Any time you can have little things like that where you’re on lists with some of the best to ever do it, those are really, really cool moments that I try to cherish.”

Happ’s ability to drive the ball for doubles has contributed to his offensive turnaround during an All-Star season. He entered Saturday with 31, which leads the Cubs and is tied for seventh in the National League.

“There’s not a lot of doubles over outfielders’ heads in the gap anymore,” Happ said. “It’s more staying on pitches, some down the line, however it is. But to be able to feel like I’m still producing in that way when the home run totals are down tells you that the hard-hit balls in the air aren’t completely gone. Just the ones you hit that maybe you thought were going to be home runs at different times in your career end up hitting the wall. They’re not quite getting out, so it’s the little things.”

Happ isn’t concerned about a lower home run rate than in 2021 when he hit 25. He’s confident he can get on a homer streak down the stretch. But even if that doesn’t come to fruition, Happ’s switch-hitting effectiveness and ability to drive the ball are positive indicators of his consistency, something that must be weighed if the Cubs pursue an offseason contract extension.

3. Adrian Sampson is seizing his opportunity as rotation questions loom.

Talk about taking control of your future. Sampson has done everything in his power to prove he is a big-league pitcher and, more specifically, a major-league starter.

Through 10 starts, the 30-year-old right-hander owns a 3.88 ERA and is holding opposing hitters to a 99 OPS+ relative to league average. His stuff isn’t flashy, but he keeps the Cubs in games.

Notably, this comes after the Cubs designated him for assignment in May.

“I thought I put myself in a good situation last year of proving what I wanted to do: be a starter and come in every five days and help our team win,” Sampson said Thursday after recording his first win of the season. “You’ve got to keep proving yourself in this game like nothing’s going to be given to anybody. And whether it’s good or bad, you’ve always got to stay positive and just wait for your time. When they give you the ball, you’ve got to want to hang on to it and then go attack and be competitive out there.”

The Cubs face rotation decisions in the coming days. Left-hander Wade Miley (left shoulder strain) appears close to coming off the injured list, which would force changes to the rotation.

If the Cubs are unwilling to use some form of a six-man rotation — Ross did not sound enthused by the idea Thursday, noting the strain it’d put on the bullpen — the team must make a decision on who stays and who gets shifted to the pen.

“I think there will be some modifications to the rotation,” Ross said.

Sampson appears to be the obvious choice to move to a swing role for spot starts, but he could be given more opportunities to start after the Cubs on Saturday placed Keegan Thompson on the 15-day injured list with lower back tightness.