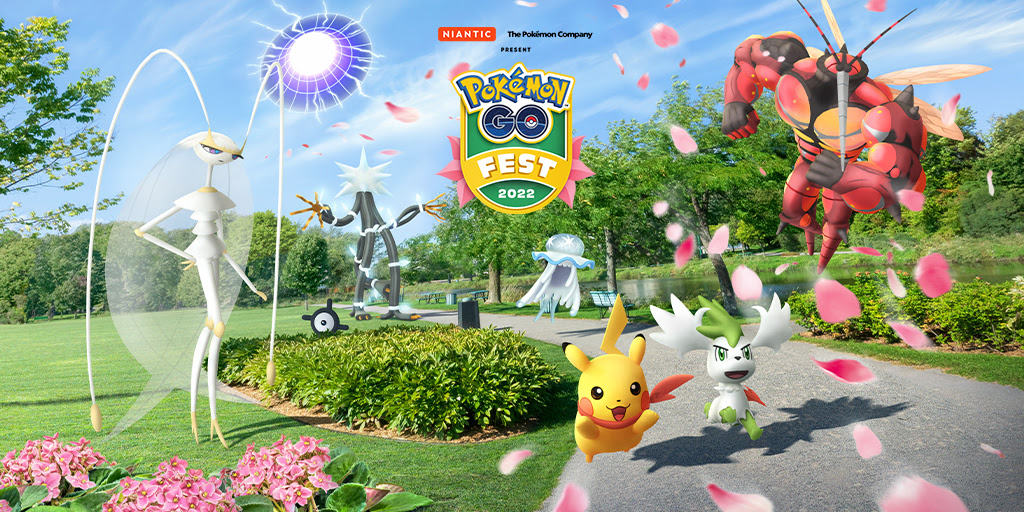 Pokemon Go Fest has come and gone, and the finale for the season ended on a high note. Professor Willow made his way back to the game. The spawn rate was good compared to the kickoff event. Niantic even managed to squeeze in a mini-event afterward with Solrock and Lunatone.

That send-off was the perfect cap to the season and put the past few months in context. Perhaps this is what Niantic was aiming for all along: This year has focused mainly on the Alola region and “Pokemon Sun” and “Pokemon Moon.” Hence, the sun- and moon-inspired surprise, and the hint that Solgaleo and Lunala would be coming in a recent trailer.

Here are other thoughts on the Season of Go and Pokemon Go Fest 2022:

1. After a disappointing start, the Season of Go made up for it with the Aug. 27 finale and a few other events. Yes, the first part of Pokemon Go Fest 2022 had its problems. The game was not at its best, the selection of Pokemon and their shiny variants were wanting and the overall structure just felt haphazardly slapped together. The type of Pokemon chosen felt like it didn’t have a story to it.

The finale event was different because it brought a conclusion to the mystery of the season: the disappearance of Professor Willow. The picks of Pokemon were better with a diverse set, but most of all they made sense within the context of the past few weeks. The Go Fest finale acted almost like a review of the whole season and a reminder of the past in-person Go Fest celebrations and standalone events such the as the stellar Adventure Week.

Players had enough new shinies to chase while also having the opportunity to catch some useful ones. It was bolstered by a great set of raids that opened up more Ultra Beasts to players. Xurkitree, Buzzwole and Pheromosa were all welcome additions, and much better than the underwhelming Nihilego.

Anytime a player can get a new shiny or an intriguing Pokemon they didn’t have before made the day a success for everyone. That’s the minimum for asking players to spend eight hours chasing make-believe monsters.

2. The lack of glitches and distractions on top of the two-hour format made this Go Fest feel more relaxing. Although some people may not have liked it, I dug the two hours for each habitat themed after the Ultra Beasts. The slot felt a little long by about 30 minutes, but it made me feel as though I had more time to catch (or at least shiny check) the pocket monsters I wanted while also doing a few raids and saying hi to other players.

The one-hour format felt like I was racing against time to grab as many Pokemon as possible. There’s this just immense pressure to push forward and any interruption from that such as raids or a Team Rocket battle felt agonizingly annoying. Speaking of that, it was great to see no gym interactions other than spinning stops for balls and getting the occasional quest. The fact that the Ultra Beasts were easy to catch with one or two Beast Balls also removed the anxiety from the day, so players can spend more time catching and exploring.

Niantic did a really great job at increasing the fun and minimizing the frustrations that went along with these big events. Everything just flowed for a breezy, less stressful experience.

3. Looking ahead to the Season of Light, we can expect to see more Alolan Pokemon. The more I think about it, the more I appreciate the planning over the past few months. If Niantic would have just laid out more of the plan and said this is the year of “Pokemon Sun” and “Pokemon Moon,” a lot of the decisions and structure of the next few months would have made more sense and put players in a better frame of mind when it comes to expectations.

With that said, there are plenty more Alola Pokemon that haven’t debuted yet, so there’s still plenty of content for Niantic to stretch out. On top of that, “Pokemon Scarlet” and “Pokemon Violet” are coming out in November, which is within the window for the three-month season. Players should definitely expect some acknowledgment of the new games or at least a promo for them.

How good that experience will be hinges on what kind of integration the new entries will have with Pokemon Home. That leads me to my last point.

4. Finding a new end game for “Pokemon Go.” Over the course of the past six years, players had to make their own end game after they’ve hit the level cap or filled their Pokedex, and for better or worse, that has turned the game into a chase for shiny variants.

Niantic has tried to come up with other avenues for hard-core players to pursue playing, and that has revolved around Go Battle League. That hasn’t caught on very well as players like to keep Great and Ultra league Pokemon just in case, but issues with PvP has led to a bumpy few years.

When playing “Pokemon Legends: Arceus,” I ran across a new route to explore, and that’s by migrating some my favorite or best Pokemon Go creatures over to Pokemon Home and using them on the Nintendo Switch. The process is as simple as ever. All players have to do is open the App on the Switch and pick “Arceus,” and they can shift their Pokemon to that main series game.

Players don’t have to wait to beat the campaign to access them. They can use those Pokemon from the start and nurture them through the adventure. It added another bond and made the experience feel more special because these are the pocket monsters that I caught in the real world. I even used some extra Community Day shinies (Oshawott and Cyndaquil) and other variants I amassed to create a shiny team.

Now, I’ve taken to shifting more variants and even legendaries to Pokemon Home, just to power them up in other titles to see what they can do. What’s even better is that I can move those Huisian forms over to Pokemon Home and use them if they’re available in other upcoming games such as “Pokemon Scarlet” and “Pokemon Violet.”

I’ve evolved Huisian versions of Typhlosion, Samurott and Braviary (all shiny) just to see what they look like. I was constantly surprised by what their shiny forms looked like. It’ll be interesting to see if that same mechanic shows up in the Paldea region. If that were the case, I’d hope that the “Scarlet” and “Violet” support Pokemon Home at launch, so that players can use creatures they’ve raised in “Pokemon Go” and find a new and more fascinating way to play with them.

They can even make a shiny team to show off to friends because “Scarlet” and “Violet” appear to have a more open format with a focus on exploring region with friends.