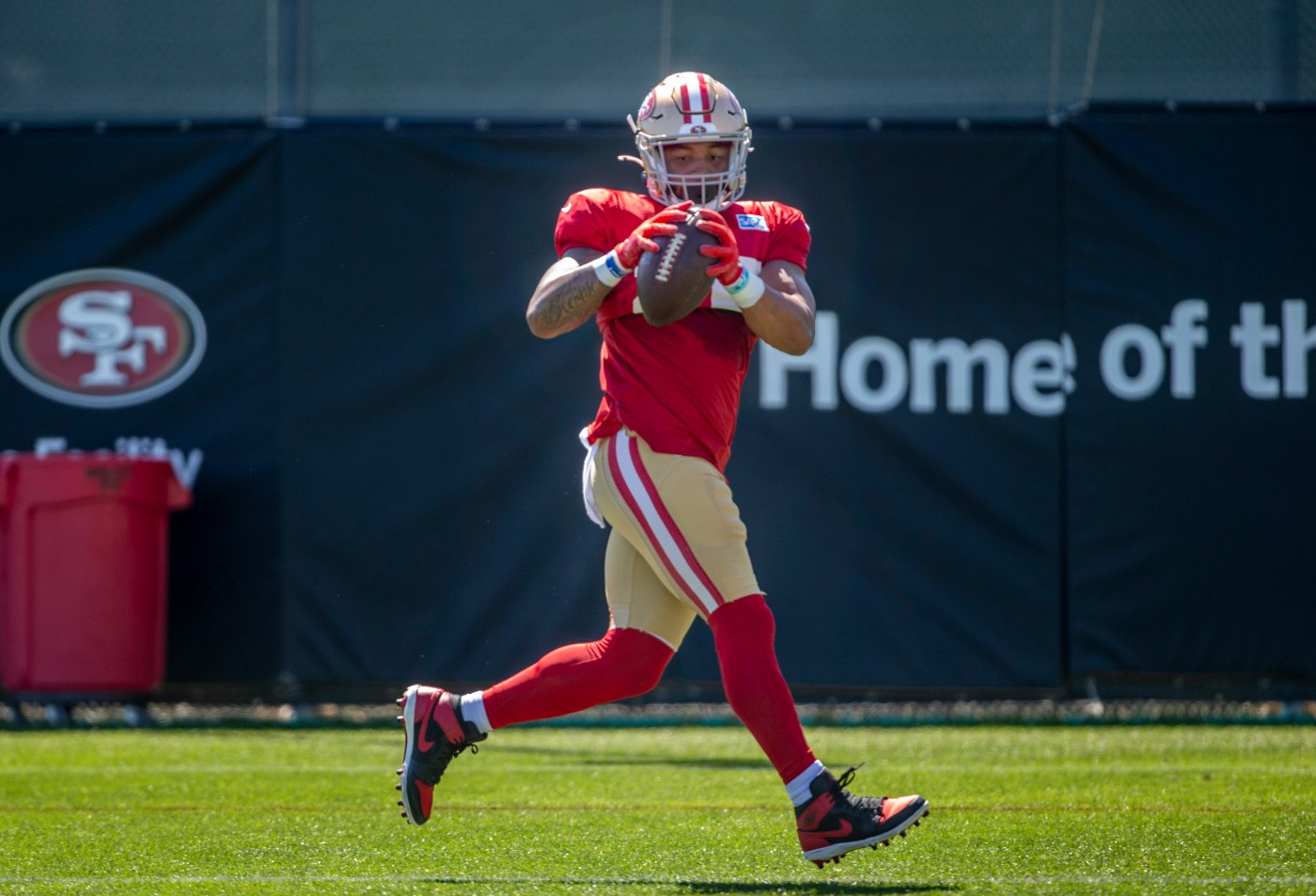 SANTA CLARA — Whether Trey Lance is handing off the ball or if the 49ers tap Jimmy Garoppolo to do so, Elijah Mitchell has a new plan on what to do with himself.

“This year I am focused on trying to make people misses more, instead of just running into everybody,” Mitchell said after Monday’s practice.

Yes, the 49ers’ offense and all others in the NFL world still revolves around the quarterback position. The 49ers are a run-oriented system, however, and their top rusher is Mitchell.

At least Mitchell proved that last season as a surprising rookie who was drafted in the sixth round (No. 194) from Louisiana. But Mitchell got banged up a lot last season and missed six games. He even got hurt beforehand with a core-muscle issue that kept him out the first two preseason games.

He persevered enough to run for 963 yards and five touchdowns.

“I’m not ever going to change my running style,” Mitchell said. “But I just have to do the right things in the building to take care of my body: get in the cold tub, the hot tub, working with Elliott (Williams, the 49ers’ director of functional performance).”

Mitchell won’t have to be a workhorse, just a reliable one. The 49ers’ offense is complemented by Shanahan’s best receiving corps in six years — George Kittle, Deebo Samuel, Brandon Aiyuk, Jauan Jennings, Ray-Ray McCloud and Danny Gray — and there’s also that little transition going on at quarterback.

True, Garoppolo restructured his contract to remain with the club after throwing only on the side the past month, but the plan is still to make this offense more dynamic and unpredictable with Lance’s strong-armed throwing and dynamic rushing abilities.

Added Mitchell: “We have so many weapons, including Trey. The scheme we run, you’re going to definitely get confused, very quickly.”

Said Mitchell: “We have a full room and we all can really ball, so … ”

The 49ers haven’t really seen Mitchell much in practice the past month. He’s looked impressive running on the side, however.

“Body’s good. Me running on the sideline is very different being in there hitting people and going through the line,” Mitchell said. “Just trying to get that back. … By the time Week 1 comes, I’ll be ready to go.”