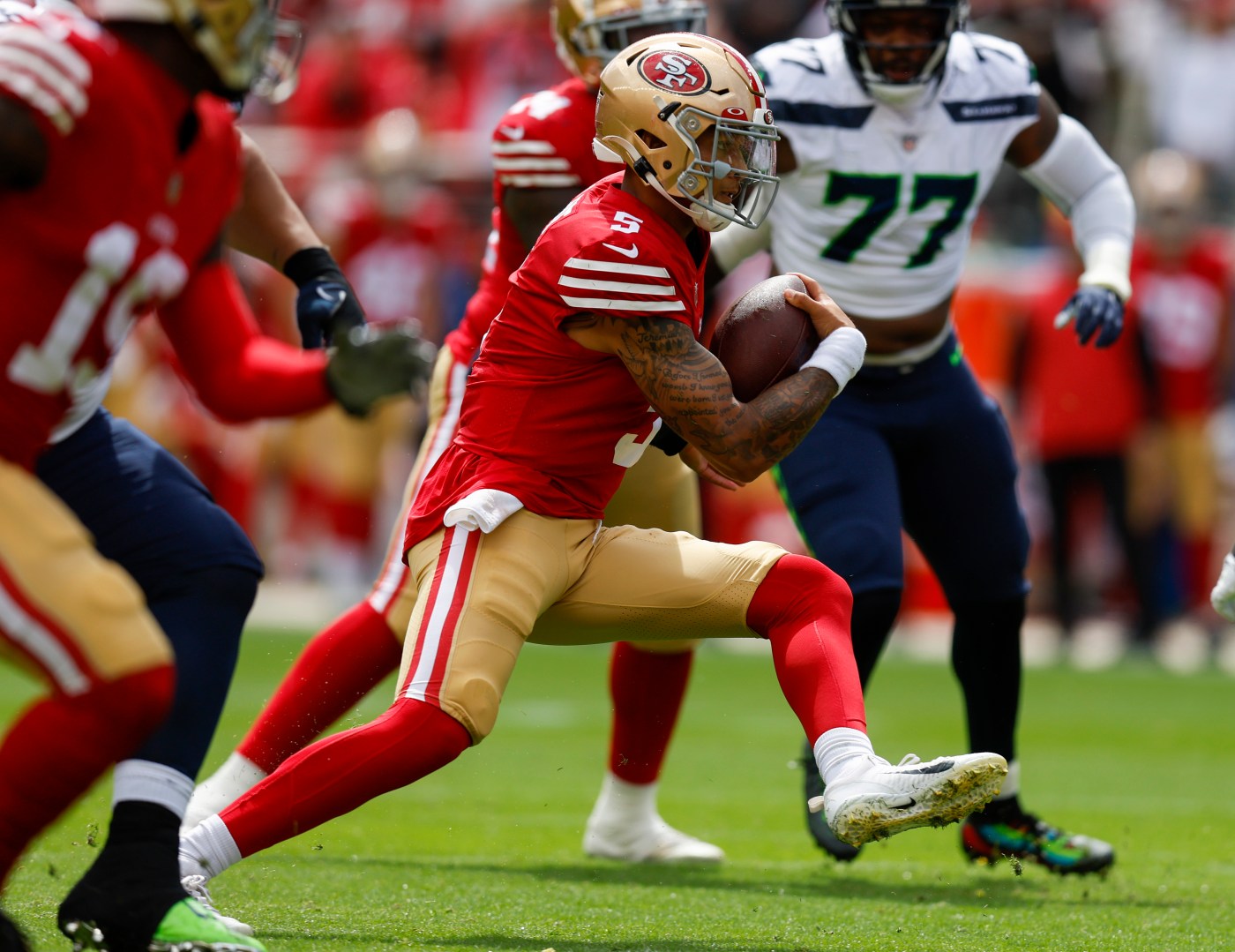 SANTA CLARA — Trey Lance is out of surgery and will begin the long rehab process pointing toward the 2023 season.

The 49ers issued the following statement Monday regarding Lance, who was injured in the 49ers’ 27-7 win over the Seattle Seahawks at Levi’s Stadium:

“Surgery was performed at Stanford Hospital and repaired two injuries to Lance’s ankle, a fibula fracture and ligament disruption.  Lance will start the rehab process, and head team physician Dr. Tim McAdams is confident that he will recover completely in time for a full return in the 2023 season.”

With 2:33 to play in the first quarter and the 49er leading 3-0, Lance was injured on a 2-yard zone-read keeper, colliding with defenders Cody Barton and Bryan Mone at the Seattle 19-yard line.

Center Jake Brendel attempted to pull Lance to his feet, but the former No. 3 overall pick fell back to the grass and was in obvious pain. Replays showed Lance’s right leg bent in a position where it was clear the injury was serious.

The 49ers’ team physicians immediately called for a cart, an air cast was placed on his leg, and Lance was immediately declared out for the game. Afterward, coach Kyle Shanahan confirmed Lance would be out for the season.

Jimmy Garoppolo, who agreed to a restructured contract on Aug. 29 to be Lance’s backup, emerged from the bench and directed a 27-7 win over the Seahawks.

It was Lance’s third rush of the game and came on a play Shanahan defended as a “very normal call.

Shanahan is scheduled to talk to the media on a conference call at 3:30 p.m.