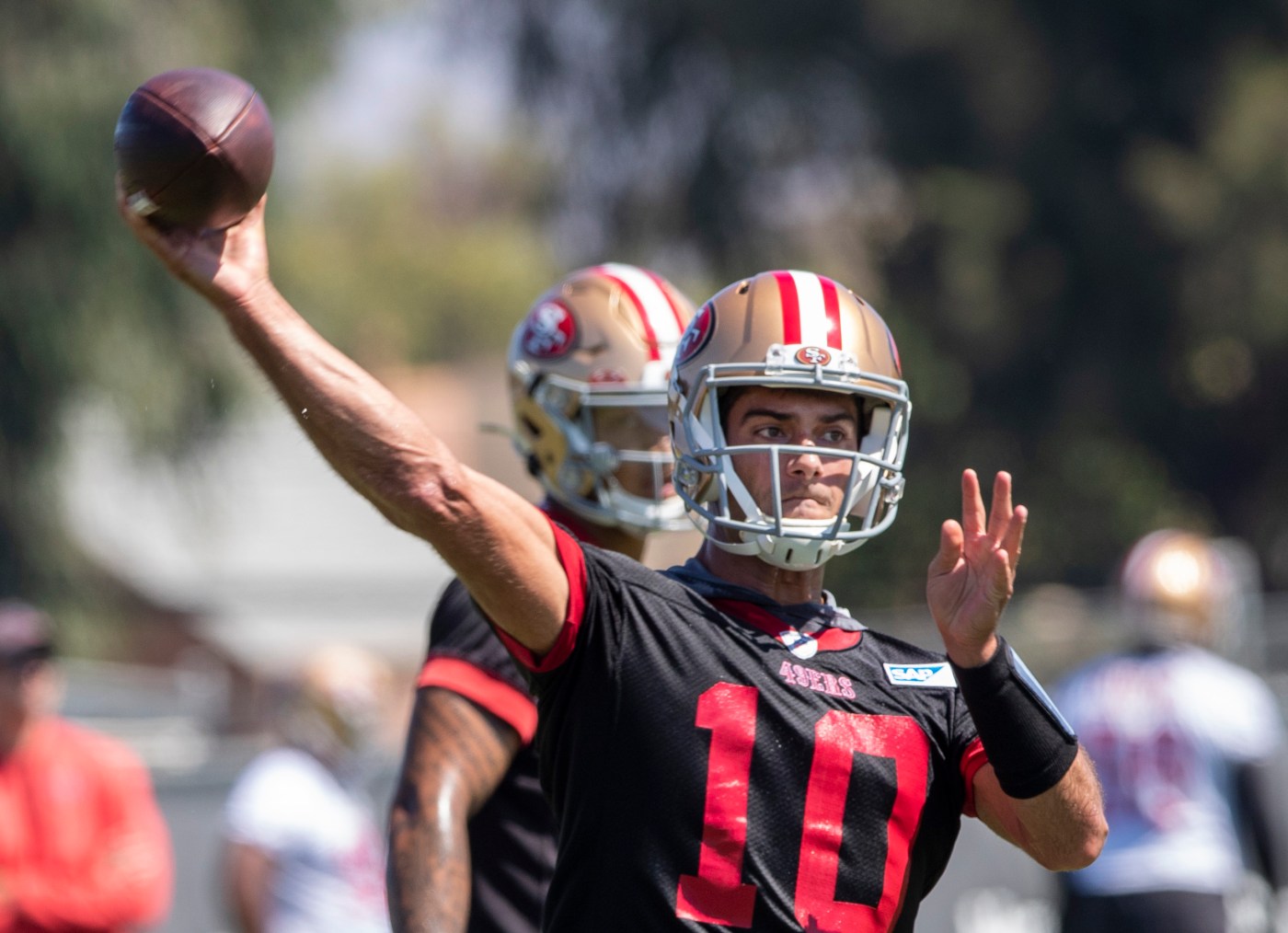 SANTA CLARA — Trey Lance’s ascension to the 49ers’ starting quarterback role did not come with the added title of captain.

Lance was not one of the six captains coach Kyle Shanahan announced before Wednesday’s practice.

“Obviously that’s a goal of mine,” Lance said of someday becoming a captain. “You can’t look at any six of those guys and say he’s a bozo. All have played at a high level. I voted for each one of them and they all deserve it. It’s a goal of mine.”

Kittle’s health is more of a concern than any kudos for becoming a five-time captain. He sustained a groin injury in Monday’s practice that will keep him out of Wednesday’s session and have him day-to-day ahead of Sunday’s season opener at the Chicago Bears.

Of the 26 teams that publicly have announced their captains, the only other ones not to include their quarterback are the Seattle Seahawks and the Cleveland Browns. Yet to name theirs are the Chiefs, Raiders, Packers, Falcons, Panthers and Ravens, the latter of whom are assigning weekly captains.

“If you look into it that much, he was seventh in thee voting and I didn’t want to have seven,” Shanahan said. “Deebo (Samuel) was eighth.”

Lance’s response upon hearing from reporters about that near-miss, seventh-place vote: “Thanks, I guess.”

Shanahan alluded to how this is Lance’s first season as the starting quarterback.

“I could cheat if i wanted to,” Shanahan said of the vote tallies. “I agreed with all their choices and decided to not take eight of them.”

Lance’s predecessor and current backup, Jimmy Garoppolo, was a team captain the past three seasons but not in 2018, which would have been his first full season as the starter had he not sustained a Week 3 knee injury.

How does Lance feel entering his first season-opening start, after two fill-in starts last year in place of Garoppolo?

“I’m excited. Real similar to the weeks I started last year in a preparation standpoint,” Lance said. “It’s great to have guys in the (quarterback) room, great to have Jimmy in there to bounce ideas off of.”

As for Bosa’s entry to captainship, Shanahan noted how the two-time Pro Bowler is becoming more vocal, and while that may not be in a full team setting, his passion for football is evident in one-on-one talks.

Ward, who became a captain for the first time last year in his eighth season, will start this season on short-term injured reserve and miss at least four games because of a hamstring injury.

Here are the 49ers’ captains each season under Shanahan:

Kittle’s groin did not bother him throughout training camp, Shanahan said, and that his injury flared up during Monday’s one-hour, non-padded practice. “I was hoping he’d good today,” Shanahan said. “He did a little Monday. We’ll have to see day by day.”

Injuries have impacted Kittle’s availability the past few seasons, and although he missed just three games last season with a calf injury, he was out eight games in 2020 and two in 2019.

The only other 49ers player not practicing Wednesday was Daniel Brunskill, whose hamstring injury has cleared the way for Jake Brendel to start at center, with Aaron Banks and Spencer Burford at guard.