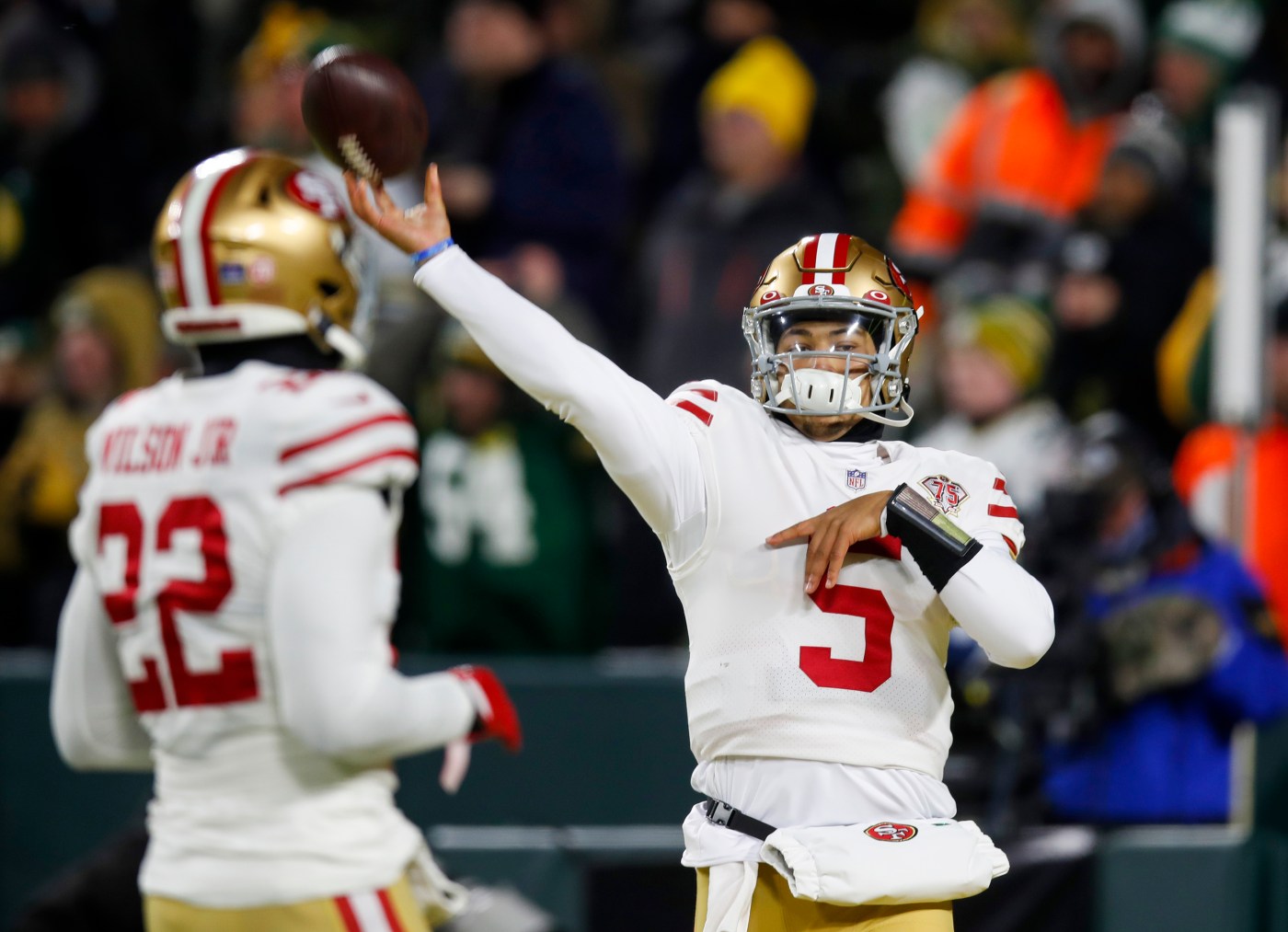 SANTA CLARA — Trey Lance will make the first preseason start of his career Friday night for the 49ers. How long will he last, in an ever-precarious exhibition yet one that affords more snaps to the second-year quarterback?

Coach Kyle Shanahan said he hasn’t thought about that yet. But he does have a preseason plan.

Lance and select starters are slated to play in Friday’s debut against the Green Bay Packers, but then sit out the next preseason game, Aug. 20 at the Minnesota Vikings.

That’s partly because the 49ers will hold joint practices with the Vikings next Wednesday and Thursday, which will provide more reps than a preseason outing for Lance.

Then, according to Shanahan’s plan, Lance and other starters are penciled in to play the Aug. 25 preseason finale at Houston.

Not slated to play nor start practicing: Jimmy Garoppolo, Lance’s predecessor who remains on the roster and, thus, must be listed on the 49ers’ depth chart, albeit as a fourth-stringer behind Nate Sudfeld and Brock Purdy.

Shanahan said Garoppolo has not received an iPad with this season’s plays, because the 49ers have not distributed playbooks yet this year. “He’s not in meetings, not doing all that stuff,” Shanahan said. “He’s on depth chart because you have to be, all 90 guys on the roster have to be.”

“I believe that goes on with his agent but none that I hear or have heard of yet.”

By mutual agreement, Garoppolo is not practicing in training camp nor attending meetings, but rather doing individual conditioning on the side while awaiting a trade or release by the end of the month.

Last year, Garoppolo started all three preseason games and played only one series in each before Trey Lance replaced him. Lance sustained a fractured finger in the preseason finale against the Raiders, and that injury hindered his throwing ability his rookie year, Lance stated during this past May’s workouts.

Lance’s training camp has “gone how you expect it with every quarterback — he’s had good days and had real rough days,” Shanahan said. “I’ve been real pleased with Trey and all three (quarterbacks).”