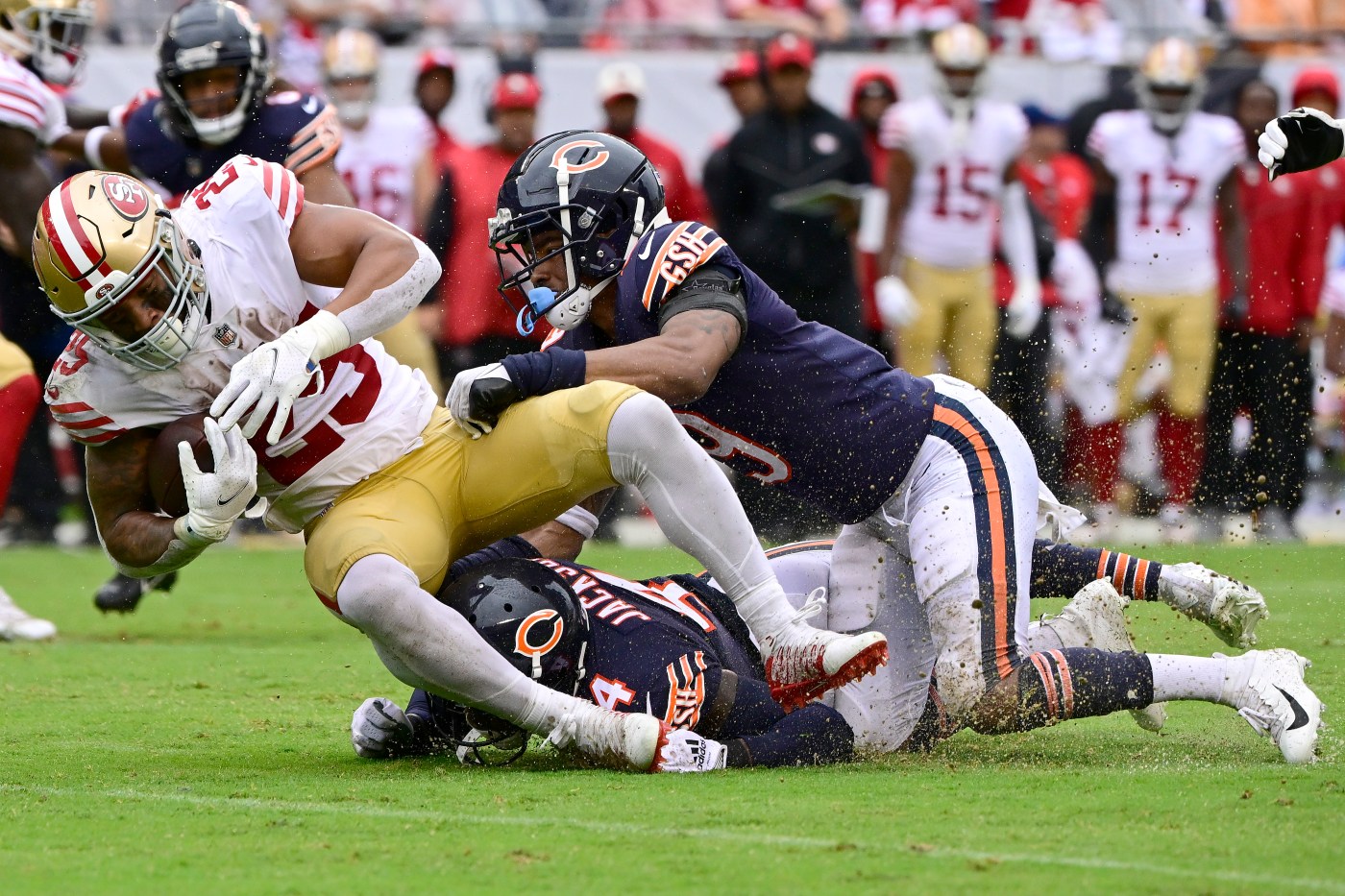 The 49ers, as they were for a decent chunk of the season a year ago, will be without Elijah Mitchell again after a Week 1 knee injury against the Chicago Bears.

Mitchell was running strong, gaining 41 yards on six carries before his departure in Sunday’s 19-10 loss to the Chicago Bears and was immediately declared out for the game.

Two reports surfaced Monday indicating a prolonged absence. The NFL Network (Ian Rapoport) reported Mitchell would be out “a few weeks or more.” According to ESPN (Adam Schefter), Mitchell’s absence would be “about two months” with an MCL sprain.

In the latter case, Mitchell would be a candidate for injured reserve, which requires a minimum four-game absence.

Mitchell wore a large knee brace postgame Sunday to stabilize his right leg as he left the 49ers’ locker room at Soldier Field without comment, and without needing crutches.

49ers’ RB Elijah Mitchell is expected to be sidelined about two months with the sprained MCL that he suffered Sunday at Chicago, per league sources.

#49ers RB Eli Mitchell, who was quickly ruled out yesterday with a knee injury, is expected to miss some time, source said. He has an MRI this morning and that will determine the full extent. But Mitchell looking at a few weeks (or more) on the sidelines.

A 2021 sixth-round pick out of Louisiana, Mitchell set a 49ers rookie rushing record with 963 yards despite missing six games with knee, shoulder and concussion issues.

Other running backs active against the Bears were Jeff Wilson Jr. (nine carries for 22 yards) and undrafted rookie free agent Jordan Mason, who didn’t play on offense. The 49ers’ leading rushers were quarterback Trey Lance (13 carries, 54 yards) and wide receiver Deebo Samuel (8 carries, 52 yards) who reprised his “wide back” role he assumed a year ago because of injuries in the backfield.

While increasing Samuel’s workload in the backfield is a possibility, it’s likely the 49ers would like to expose Lance to fewer hits if possible.

Also on the roster is third-round pick Ty Davis-Price out of LSU, who was inactive against Chicago.

Coach Kyle Shanahan talks with the local media on a conference call this afternoon where he may or may not have specifics regarding Mitchell’s status.

Cam Inman contributed to this story.