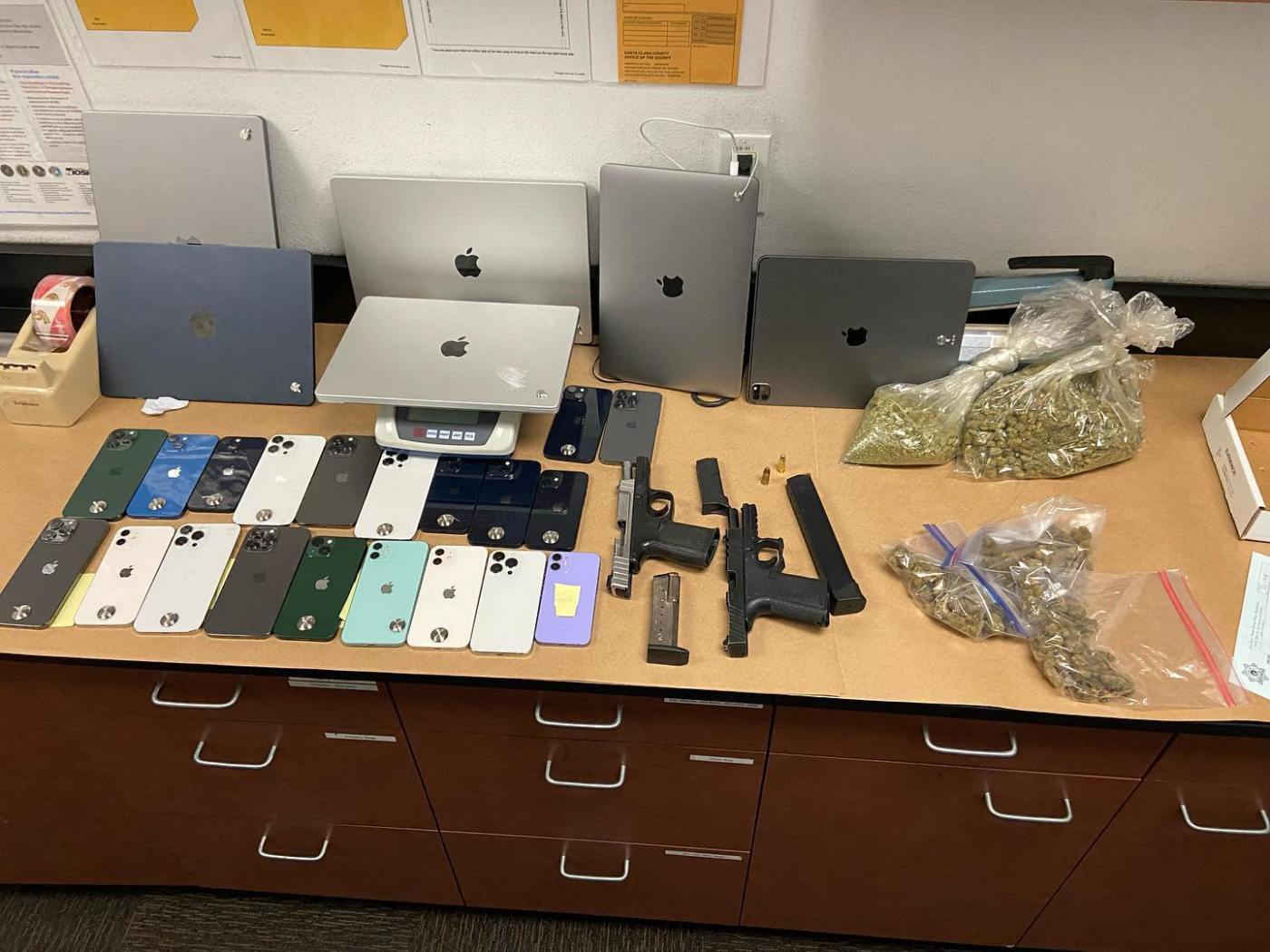 Five people were arrested in Los Gatos in connection with a swift theft of an array of electronics from an Apple Store in Walnut Creek early Saturday, authorities said.

The theft was reported Saturday morning at the Apple retailer in Walnut Creek’s Broadway Plaza where, according to the Los Gatos-Monte Sereno Police Department, several people grabbed assorted laptop computers and iPhones on display and ran out.

A description of a vehicle associated with the theft was broadcast to regional law-enforcement agencies, and Los Gatos officers spotted the vehicle on Los Gatos Boulevard and conducted a traffic stop. A subsequent search of the car led to officers finding two loaded handguns, including a “ghost gun,” or privately made firearm without a serial number, and a 30-round magazine that is illegal in California.

None of the stolen items were recovered from that vehicle, but police said the ensuing investigation led officers to seek out a second vehicle, occupied by three other people they linked to the theft. The second car was located at a shopping center near the site of the initial traffic stop.

A search of that vehicle turned up “all of the stolen laptops, iPads, and iPhones that were taken from the Walnut Creek Apple store earlier today,” police wrote in a Facebook post Saturday evening.

Five people — two from the first vehicle and three from the second — were arrested, police said. Additional details were not immediately released Saturday night.

Check back later for updates to this story.