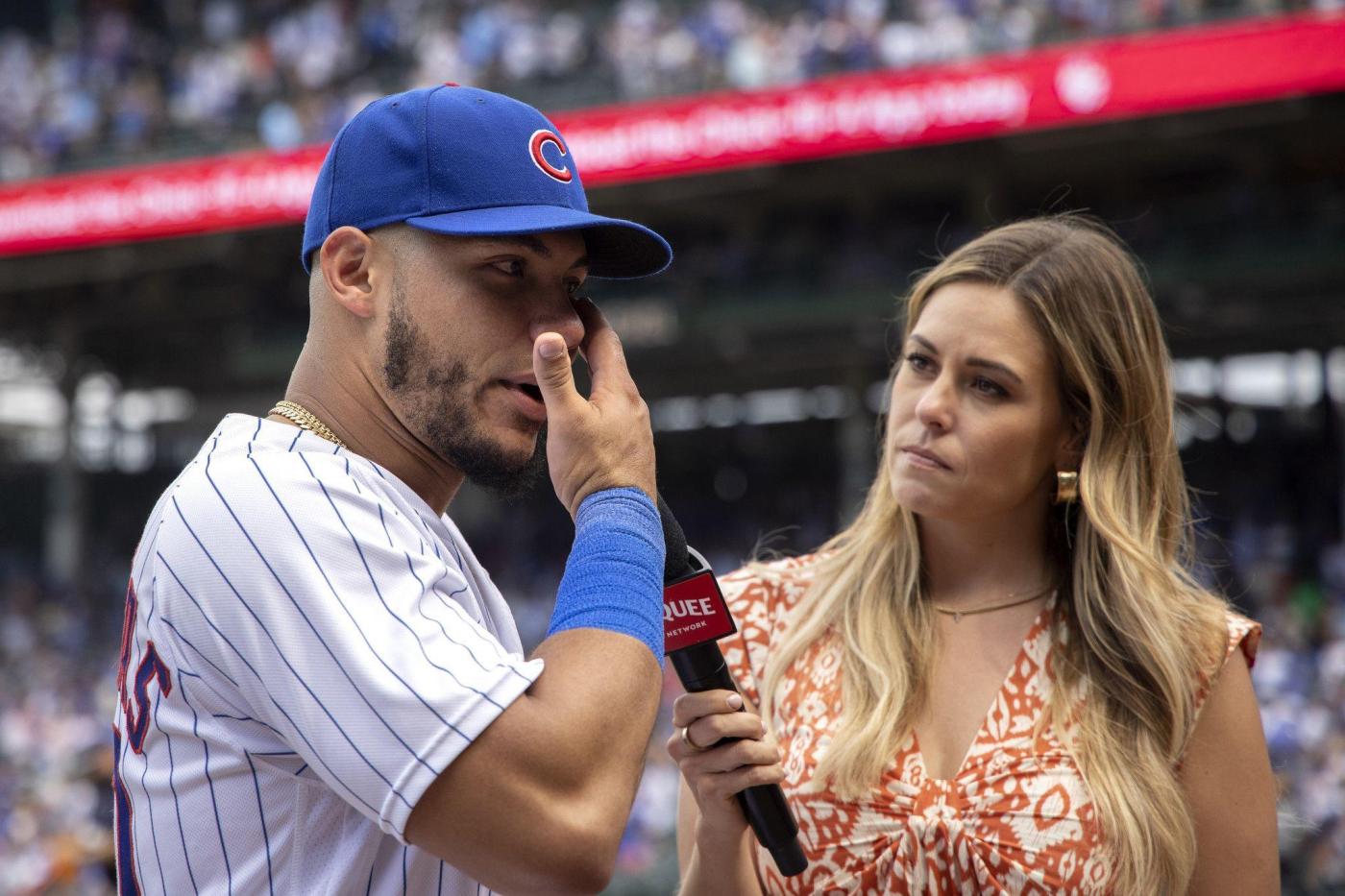 During the “Boys of Zimmer” summer in 1989, Don Zimmer told a story of his previous managing stint a few years earlier in Texas.

According to Zimmer, Rangers owner Eddie Chiles was constantly coming into his office and asking why the team was losing so many games.

“I said, when you get no talent, you try to win a certain amount of games,” Zimmer said.

Zimmer then got a small piece of cardboard and wrote “TALENT” on it. Whenever Chiles came into his office and asked the question, Zimmer would simply flash the sign.

“I don’t think he appreciated that,” Zimmer said.

Chicago Cubs Chairman Tom Ricketts doesn’t have to worry about manager David Ross complaining about the talent deficit in 2022, even though Ross did casually mention losing to a “first-place team with a $300 million payroll” after a doubleheader against the New York Mets.

The Cubs find themselves 17 games under .500 entering Thursday’s opener of a four-game series in San Francisco, but have won six straight following a nine-game losing streak. Before a 4-2 win over the Pittsburgh Pirates Tuesday, a reporter told Ross reliever Chris Martin compared the clubhouse makeup and talent to the world champion Atlanta Braves, Martin’s former team.

“That’s a great assessment and the outside perspective is always fun to hear,” Ross replied. “When you hear the guys who’ve been around other organizations come in here and see what I feel, and what I think we know, is there are good people here with good talent.

“We’ve got winners. We’ve got guys that know how to win, guys learning how to be successful and win. We’re trying to move in that direction as fast as possible. I think we’re getting there.”

One of Ross’ duties is to sell hope to Cubs fans. Zimmer was under no such delusions when he managed bad teams like the 1981 Rangers. It’s nice to think the Cubs can emulate the Braves, but it’s also far-fetched based on the directions of the two organizations.

Here are five more observations from the mini-homestand against the Pirates.

1. A reported interest in Willson Contreras from the Houston Astros could spark a bidding war.

The New York Mets have reportedly been in the mix for a while, but the Astros are desperate for a two-way catcher.

Contreras would be a nice fit with either team and obviously would have a good chance at earning his second World Series ring.

In Houston, he’d join former Cubs teammate Martin Maldonado, who spent only two weeks on the North Side in 2019 before being dealt for Tony Kemp. Maldonado, a defensive specialist popular in the Astros clubhouse, is hitting .172 with a .582 OPS.

Contreras would be a significant upgrade for the Astros, who are fighting with the New York Yankees for the best record in the majors — and that would mean homefield advantage throughout the postseason.

2. Ross declined to use closer David Robertson in save situations Monday and Tuesday.

Ross opted instead for Scott Effross and Mychal Givens, respectively, and both converted their save opportunities. Ross insisted he didn’t use Robertson Tuesday because it was a day game after a night game, even though Roberston didn’t pitch Monday either.

That made little sense, as a night game would’ve given Robertson only a few hours more rest.

Robertson is working on an affordable one-year deal that makes him an attractive acquisition for a contender on a tight budget. He’s not only been shopped by the Cubs but is one of their primary trade chips after Contreras and Ian Happ, who has drawn the most interest according to ESPN’s Jeff Passan.

3. Robertson, a former White Sox closer, could win the Joc Pederson Award as the first Cubs player to go.

Pederson led the way last summer, getting dealt to the Braves on July 15 for left-handed hitting first baseman Bryce Ball.

Pederson wound up winning a ring and gaining a cult following with the Braves, which he parlayed into a start in last week’s All-Star Game. Ball has nine home runs and 55 RBI in 87 games at Double-A Tennessee through Tuesday, with an .804 OPS. (Spoiler alert: there is no award for first Cub to be traded).

With the Cubs playing out the string, Robertson can rest his arm until he’s traded. There’s no real need for the Cubs to risk injuring one of their top trade chips at this point.

The lack of development of Cubs pitching prospects under the Theo Epstein regime was supposed to end with the rise of the talented, young left-hander. But injuries and COVID-19 kept him out of action after his one major league appearance in 2020.

Then Monday, vice president of player development Jared Banner told reporters that Marquez underwent a surgical debridement on his left shoulder on June 17 and would miss the rest of the season. The Cubs expect the pitcher to make a full recovery.

While it’s another difficult obstacle for Marquez to overcome, the news was another example of the glaring “transparency” issue that’s damaged the team’s image in the second year of Jed Hoyer’s ascension to president of baseball operations. The fact the Cubs waited nearly six weeks to provide information on the status of one of their top pitching prospects suggests Hoyer still has work to do to overcome criticism he’s received in his plan to build the “next great Cubs team.”

The Cubs declined to negotiate an extension with Contreras, who repeatedly has said he wants to stay. That’s their prerogative, but it also means he’s likely to be dealt on the upcoming seven-game road trip to San Francisco and St. Louis.

Yet Marquee Sports, the Cubs’ own TV network, treated Contreras’ expected final game at Wrigley Field Tuesday as if it was a solemn day for the organization. The same organization that didn’t extend him in the first place.

Is it too much to ask for an opposing view now and then?