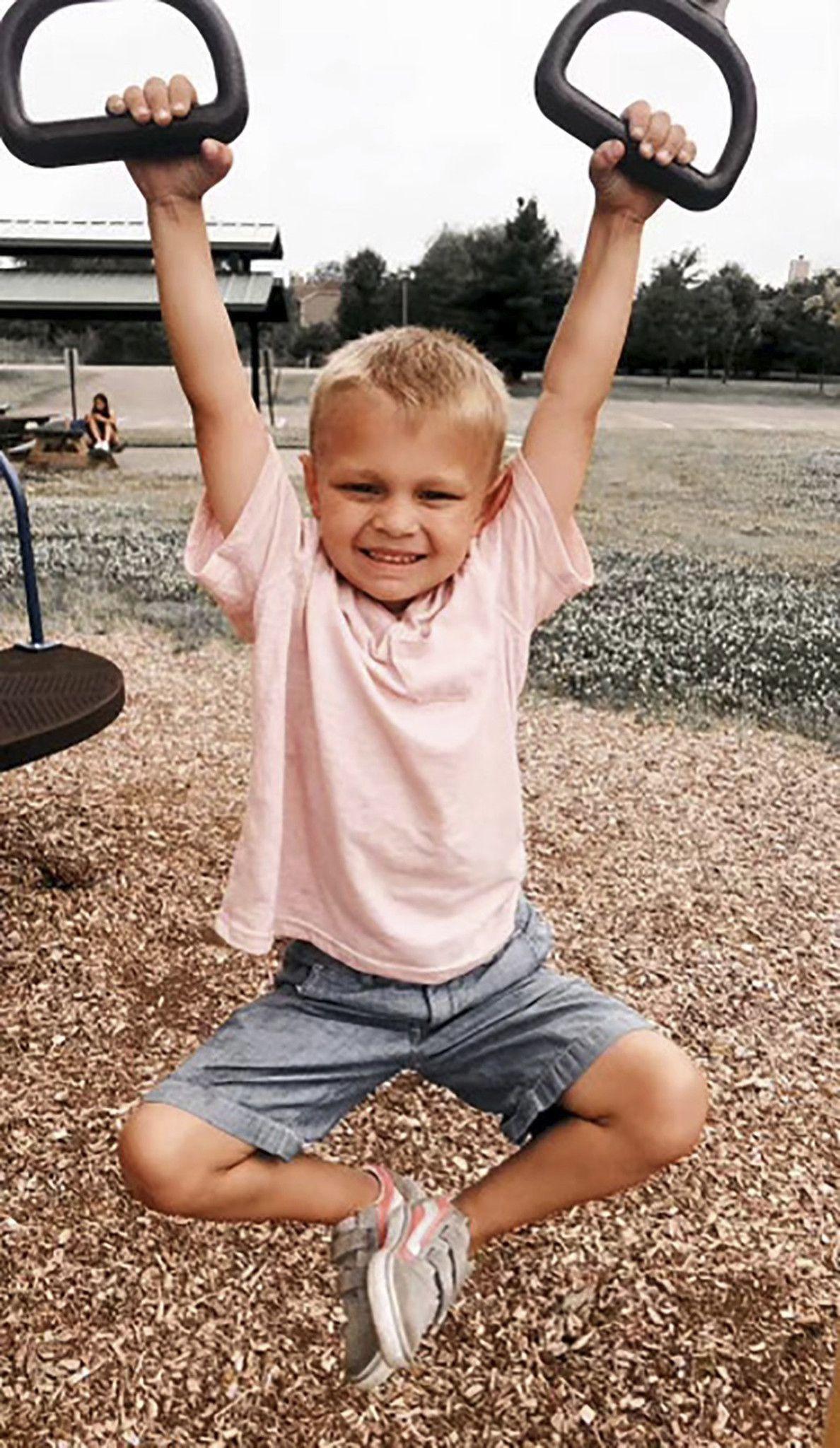 It’s been almost 20 days since 8-year-old Cooper Roberts was hospitalized after being critically wounded at the Independence Day parade shooting in Highland Park. The bullet caused injuries that left the boy paralyzed from the waist down and despite some progress, he remains in critical condition, according to a statement from the family.

Following Cooper’s seventh surgery, an urgent operation to close a tear that reopened on his esophagus, the boy’s health suddenly took a downturn more than a week ago. Since then, his recovery has been “up and down.”

Though he remains in the pediatric intensive care unit, Cooper went outside in a wheelchair on Thursday — his first time outdoors since the Independence Day parade that changed his life. His spirits were lifted after receiving a care package from the Milwaukee Brewers, his favorite baseball team, that included a jersey with his name on it.

Doctors had downgraded his condition to serious but he was later moved back to critical after a CT scan showed that the concerning fluid in his pelvis is an abscess. His fever has also spiked off and on as a result of a possible infection, the statement from the family said.

But even as the medical team continues to evaluate next steps, Cooper was finally able to take some liquid by mouth for the first time on Thursday, as his esophagus continues to heal form the surgeries, family spokesman Anthony Loizzi said.

“The family continues to be very grateful for and humbled by the outpouring of support and well wishes,” Loizzi said in the statement.

Last week, the family reported that the boy was making “some hopeful progress” after a sudden retrogression following his seventh surgery. Cooper was removed from the ventilator and took a “brief first ride in a wheelchair.”

“Sadly, something he will need to get used to. It was very difficult and emotional for him and his family,” Loizzi added.

Cooper’s mother, Keely Roberts, superintendent of Zion Elementary School District 6 and her husband, Jason Roberts, attended the Fourth of July parade with their 8-year-old twins. The mother was shot in the foot and leg and Luke, Cooper’s twin brother, was wounded in the leg by shrapnel.

The family thanked the emergency medics, police, fire department and medical staffers who saved Cooper’s life. “It was a true miracle,” they said.

While it was initially believed that the boy had been shot in the chest, doctors at Highland Park Hospital previously released a statement saying that the bullet entered his abdomen rather than his chest.

“The bullet entered his upper abdomen, injuring the left lobe of his liver, his esophagus near the stomach, his abdominal aorta and exited through his back injuring his spinal cord,” Highland Park doctors said in a statement July 10. “At this point his critical, life-threatening injuries had been addressed and he was stable enough to be transferred to University of Chicago Comer Children’s Hospital for continued care.”

Even after undergoing several surgeries for injuries suffered in the mass shooting herself, his mother, Keely Roberts, told doctors she needed to be discharged from the hospital she was in so she could be with Cooper, who was at a different hospital, Loizzi said.

“Please keep sending love and prayers to my son as he continues to fight as hard as he can,” she said when Cooper’s condition turned “very critical” following his last surgery.

A GoFundMe page for the family is collecting donations.