Aaron Judge, Aaron Hicks both hit grand slams as Yankees get homer-happy to pound the Pirates, 16-0 – The Mercury News 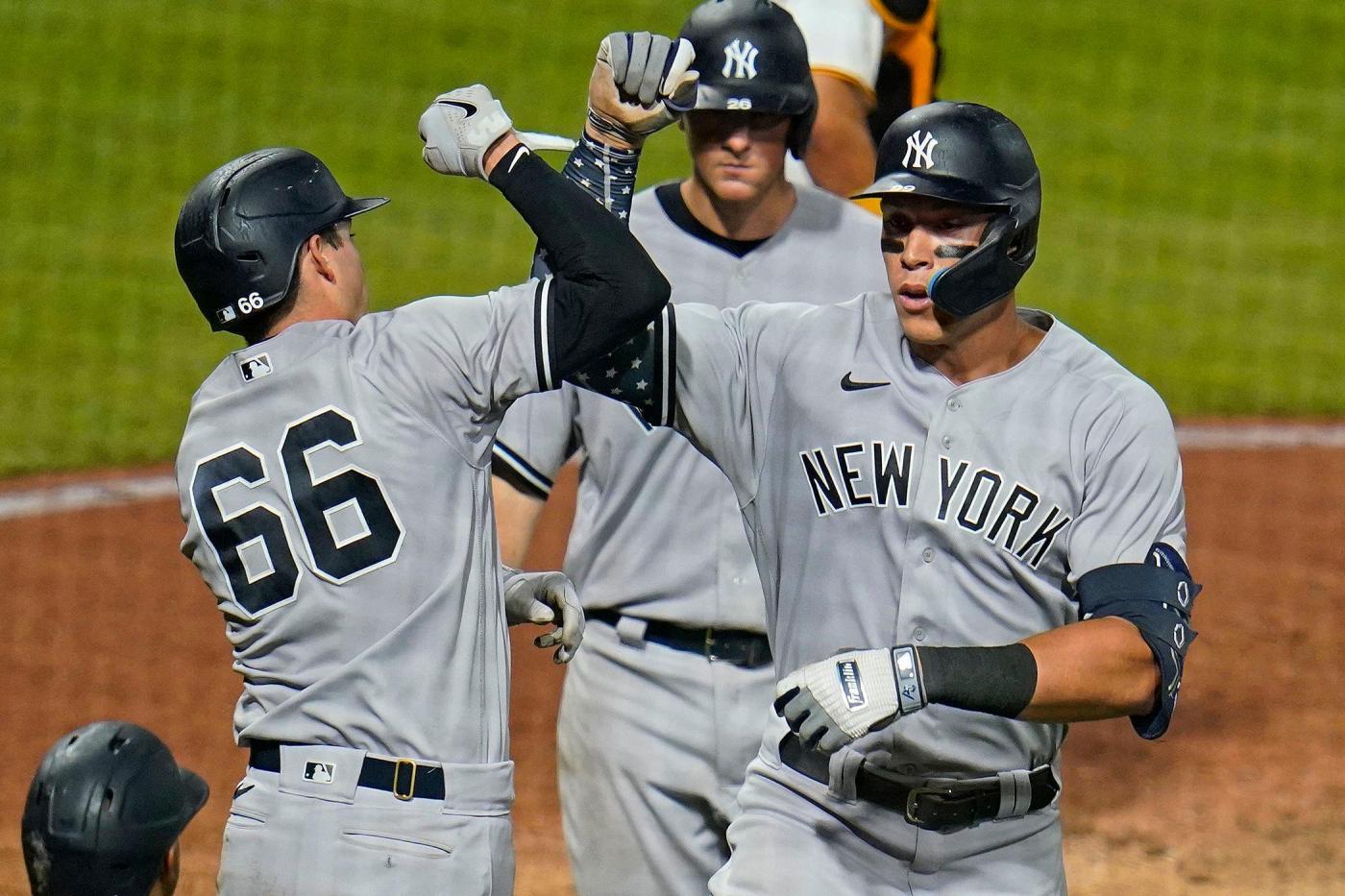 PITTSBURGH — The price just went up again Wednesday night. Hours after Yankees owner Hal Steinbrenner said they are “hopeful” that Aaron Judge would be a Yankee for a long time, the slugger demonstrated once again why he should be.

Judge hammered his third career grand slam as the Yankees blasted a season-high-tying six home runs to beat the Pirates 16-0 in a rain-delayed game at PNC Park.

The Yankees snapped a two-game losing streak and split the two-game series as they head to Boston for their last stop on their four-city, 10-game road trip and a big American League East division battle. The Yankees have just five losing streaks of at least two games this season — and just one longer than two games — tied with the Astros for the fewest in the majors. With a season-high 22 hits, they improved to 17-6 after a loss this season.

Josh Donaldson and Joey Gallo went back-to-back in the sixth and Kyle Higashioka homered in the seventh, while Giancarlo Stanton homered and Aaron Hicks hit a grand slam off infielder Josh VanMeter in the ninth.

It was Judge’s major league-leading 30th homer of the season.  He is the first Yankee to hit at least 30 homers in back-to-back seasons since Curtis Granderson in 2011-12, according to ESPN. The 384-foot shot to left field was the shortest of the Yankees’ six home runs Wednesday night, but it eventually could be the costliest.

“Well, there’s no doubt we are hopeful that that is the case,” Steinbrenner said about Judge in a conference call with reporters Wednesday afternoon. “But there’s a lot of discussion to be had. And I’m always willing to talk of course. And we’re going to be doing that at one point or another but we’re just not going to be talking about if that happens or if and when that happens. We’re not going to be talking about anything till the season’s over.”

Judge, who is set to become the most highly sought-after free agent this winter,  turned down an extension that would have been worth $230 million and was ready to go to an arbitration hearing for this year’s salary (the team and player settled in the middle at $19 million with incentives). The $30.5 million per year proposed by the Yankees would have made him the highest paid position player per year (or annual average value) in Yankee history and the second highest on the team behind Gerrit Cole. It would have given him the second highest AAV of an outfielder in the game, behind only Mike Trout.

That was before Judge, who set an Opening Day deadline for extension negotiations, crushed the first half of the season. Judge began Wednesday night, the 82nd game of the season slashing .281/.360/.612 with a .972 OPS and 29 homers.

Both Judge and Steinbrenner said that this cannot now become a distraction as the Yankees look to win their first World Series since 2009. Steinbrenner said there would be no updates if there were behind-the-season talks and that fans would have to wait until after the season to find out the fate of the face of the franchise.

But Wednesday night, Judge continued to make his case with his bat.