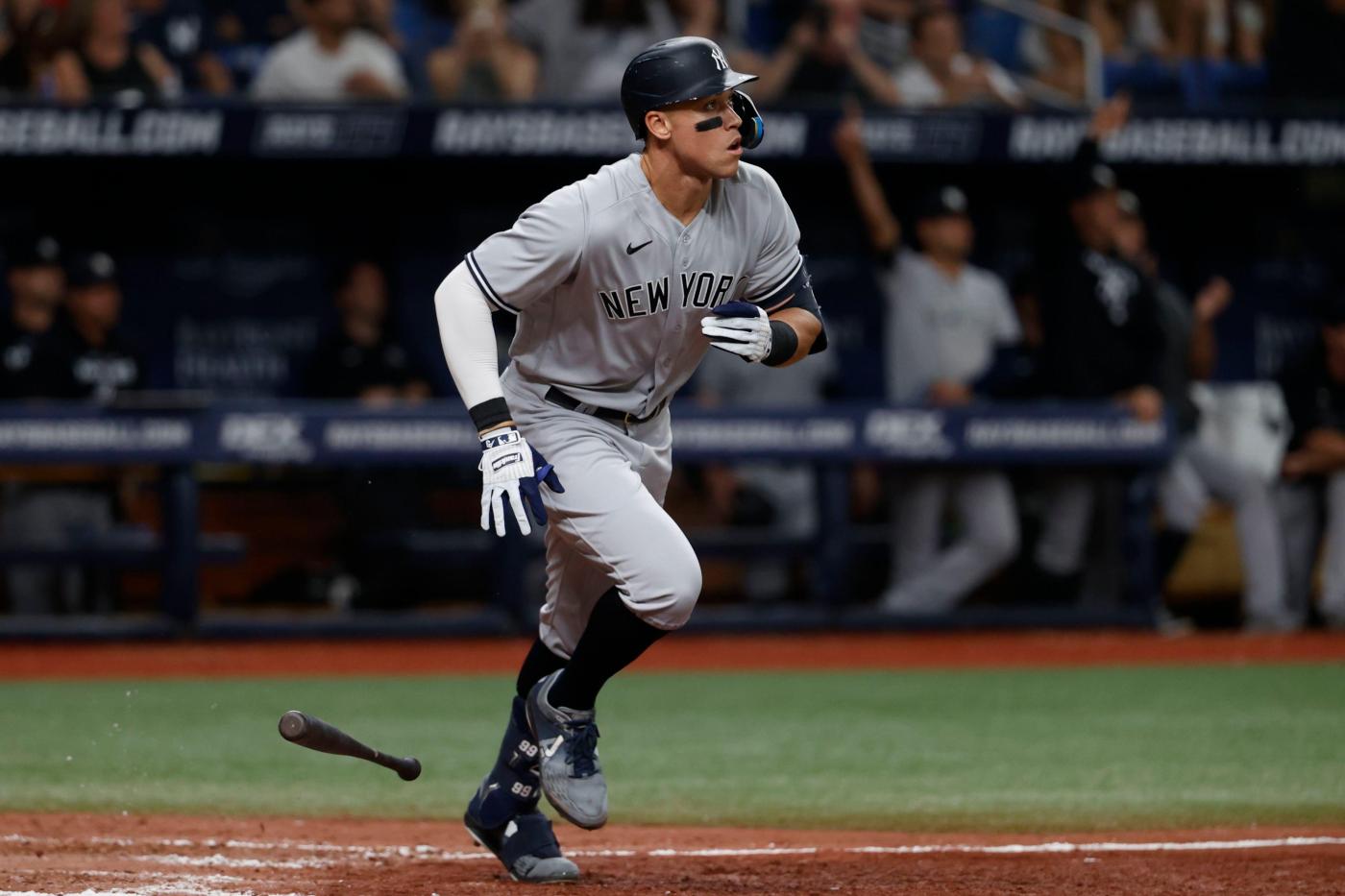 ST. PETERSBURG, Fla. — Friday night, Yankees manager Aaron Boone hoped the Bombers had already hit rock bottom. He was wrong. The Bombers not only had to put Andrew Benintendi on the injured list before the game but suffered another discouraging loss 2-1 at Tropicana Field.

The Yankees (79-54) have lost six of their last seven games. The Rays (74-57) have clinched the series win, handing the Bombers their eighth series loss in the last 10. Tampa Bay cut another game off the Yankees’ once commanding lead in the American League East. The Bombers, who were up by as many as 15.5-games this season, now hold just a four-game lead in the division, three in the loss column.

“We understand the position we’re in and we understand that we got to do better, period,” Boone said. “Hopefully more and more people get into the mix and become a part of things but the bottom line is what we’re putting out there is capable, we just got to go produce.”

But the Yankees aren’t producing runs.

Well, except for when Aaron Judge hammers a home run. The slugger crushed his 52nd of the season to lead off the ninth inning, snapping a streak of 21 straight innings by the Bombers without scoring a run dating back to Wednesday night in Anaheim.

Saturday Corey Kluber held them scoreless for seven innings, scattering two hits and striking out four. On the Yankees’ first chance on the day, Giancarlo Stanton got thrown out trying to take second on a wild pitch. In the sixth, with two on, Kluber struck out Judge and coaxed a ground out from DJ LeMahieu.

The offense is missing a lot right now.

Before the game, they placed Benintendi on the injured list with right wrist inflammation, but he was going to get a second opinion and Boone said they weren’t certain what the issue exactly is. Benintendi was in an air cast in the clubhouse Saturday afternoon and it’s unclear if he will be one of those the Yankees can get back in the mix with just 29 games to play in the regular season.