Aaron Rodgers slams Cal teacher who almost got him expelled 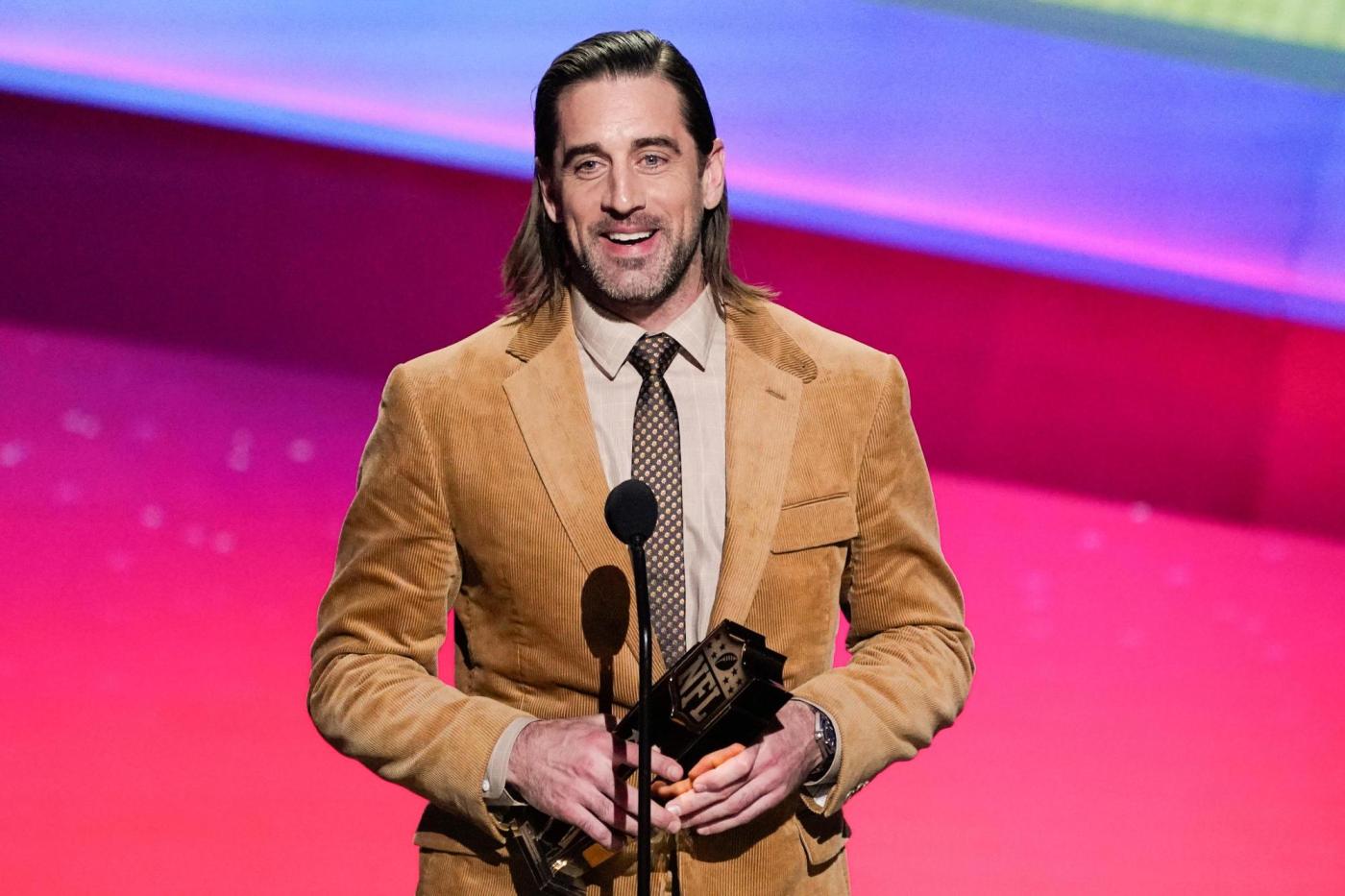 Imagine the history of American professional football if, as Aaron Rodgers says, a professor at UC Berkeley had succeeded in getting him expelled after she told him he would never make it in the NFL or amount to anything.

In a conversation this weekend with podcaster Joe Rogan, the reigning NFL’s Most Valuable Player said his college career was at risk, which probably would have meant he wouldn’t have been able to impress scouts for the 2005 NFL Draft.

With the situation, Rodgers sounded most angry about how this unnamed teacher unfairly penalized him for improperly citing works in a paper, treating him more harshly than she treated other students for similar issues. He also sounded both aggravated and triumphant, recalling how she cruelly dismissed his NFL dream.

“She ripped me apart,” the Green Bay Packers quarterback said about a meeting he said he had with the teacher during office hours. He said she told him, “You are an entitled athlete. You expect things to be given to you. What are are you going to with your life?”

When Rodgers said he told her, “I’m going to play in the NFL,” she replied, “No way in hell.”

Rodgers, who wasn’t heavily recruited out of high school, first attended Butte College in Oroville before transferring to UC Berkeley. He left after two years, entered the 2005 NFL draft and was chosen No. 24 in the first round by the Green Bay Packers.

Rodgers’ account of his conflict with this teacher came nearly one hour into a three-hour conversation with Rogan. The Chico-reared quarterback generated headlines in August 2021, admitting to Rogan that he had intentionally misled the media about his COVID-19 vaccination status. He told reporters at the he had been “immunized” instead of being upfront about not wanting to get the vaccine.

“I’d been ready the entire time for this question and had thought about how I wanted to answer it,” Rodgers told Rogan. “And I had come to the conclusion I’m going to say: ‘I’ve been immunized.’ And if there’s a follow-up, then talk about my process.”

“But, I thought there’s a possibility that I say ‘I’m immunized,’ maybe they understand what that means, maybe they don’t,” Rodgers continued. “Maybe they follow up. They didn’t follow up. So then I go the season (with) them thinking — some of them — that I was vaccinated.”

Some three months later, Rodgers tested positive for COVID-19, missed an NFL game and confirmed he was unvaccinated, setting off a firestorm of criticism that he had lied about a public health issue and endangered the safety of fellow Packer employees, other players, and the media.

In an interview at the time, Rodgers explained that he was allergic to an ingredient used in the vaccine, so he worked with a holistic doctor on a treatment that he said effectively “immunized” him. Rodgers also lashed out about the NFL accusing him of violating COVID-19 safety protocols, saying there was a “witch hunt” to find out what players were unvaccinated.

While Rodgers softened his stance in subsequent interviews over the past year, he sounded aggrieved again about the situation while talking to Rogan. He told Rogan was made out to be a “liar” even though his status was well-known within the Packers organization.

Rodgers also repeated his witch hunt allegation, and he and Rogan lamented how people at the time couldn’t raise questions about the safety of the vaccines or criticize state and federal responses to the pandemic lest they be accused of promoting vaccine “hesitancy.”

With Rogan, Rodgers seemed interested in settling a few scores, even as he said that his “ayahuasca journey” — the use of traditional psychoactive substances to help him gain personal insight and growth — had helped diffuse some of his anger, leaving him mostly interested in spreading kindness and positively.

Speaking more about the Cal teacher who tried to get him expelled, Rodgers said he and more than a dozen other members of the Cal Golden Bears football team were enrolled in a class that sounds like an easy academic class designed for students to fulfill a basic requirement.

“I wrote a paper, and she said I cited incorrectly,” Rodgers said. Fourteen other students got Fs on the paper for improper citations but they were given the chance to rewrite the paper.

“Not me,” Rodgers said. He said he told his quarterback’s coach that he would be late for a 2 p.m. practice because he needed to meet this teacher in her office.

“She was was ready for me,” Rodgers said. When he pointed out that other students had been given the opportunity to rewrite their papers, he said she then lashed into him about his NFL dream.

“What I’ve seen from you is you’ll never amount to anything,” the teacher said, according to Rodgers, who added that he was probably the best student athlete in the class.

Rodgers said he complained about her “derogatory” comments and unfair treatment to someone on staff who served as a liaison between Cal academics and the sports programs.

Because of that, Rodgers said, the teacher had “a vendetta” against him. By the end of the semester, she had written up a report, alleging that he was disruptive in class, regularly late, and should be expelled.

“I literally was on time every day, sat in the middle of the row, and I was probably one of the only football players, taking notes and paying attention,” Rodgers said. Nonetheless, he said he was given two choices: Write a letter of apology or face expulsion.

Rodgers didn’t confirm that he wrote the apology letter, but he wasn’t expelled. Rodgers explained to Rogan how he used this teacher’s treatment as a motivator.

If she resented football players or was in any other way “damaged,” as Rogan suggested, she “took it out on the wrong person,” Rodgers said.

“Big props to that teacher for trying to ruin my life and my dreams,” Rodgers said. “You just gave me some ammo.”