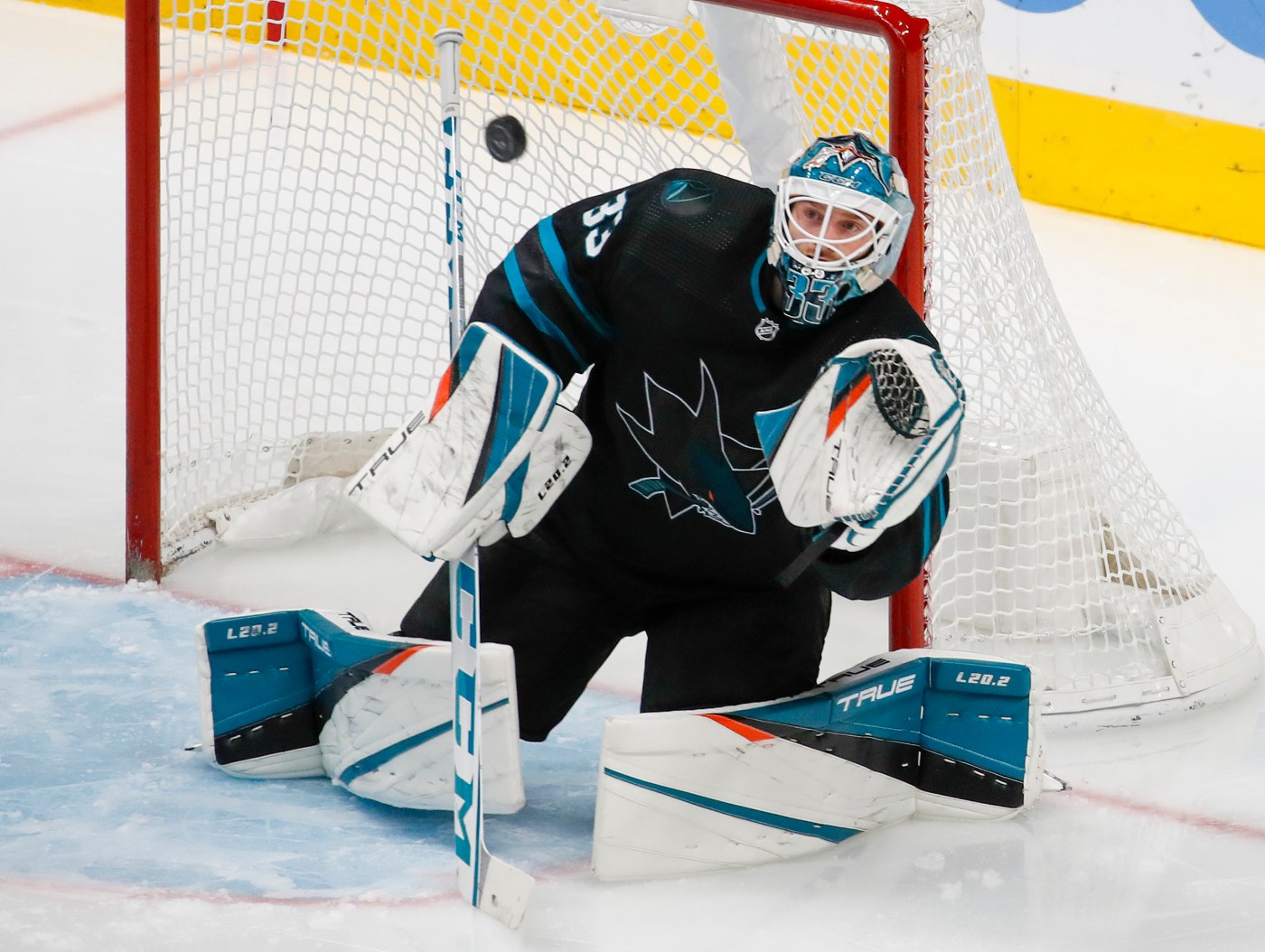 SAN JOSE — The Sharks alleviated their logjam in net by trading one of their three goalies — to their biggest rival in the NHL.

The Sharks sent Adin Hill to the Vegas Golden Knights on Monday for a 2024 fourth-round selection, leaving them with Kaapo Kahkonen and James Reimer as their two main goalies for the upcoming season.

The deal gives the Sharks some more space under the NHL salary cap as Hill’s contract carries a $2.175 million cap hit for this season. The Golden Knights, arguably the Sharks’ most hated opponent in the league, now have another option in net after Robin Lehner was lost for the season to injury.

“James Reimer and Kaapo Kahkonen are experienced veterans who are capable of providing quality goaltending for our team,” Sharks general manager Mike Grier said in a statement.

“We have significantly increased our organizational depth at the goaltending position over the last six months. This trade provides an opportunity for Adin to compete for playing time while adding another asset that our organization can use in the future. We wish Adin the best in Vegas.”

The Sharks sent a 2022 second-round draft pick and AHL goalie Josef Korenar to the Arizona Coyotes last July for Hill and a 2022 seventh-round pick. In one season with the Sharks, Hill had a 10-11-1 record with a 2.66 GAA and .906 save percentage with two shutouts in just 25 games, as he battled a lower-body injury for the second half of the season.

Hill, a 6-foot-5, 203-pound native of Comox, British Columbia, was originally selected by Arizona in the 2015 NHL Draft.

Please check back for updates to this story.