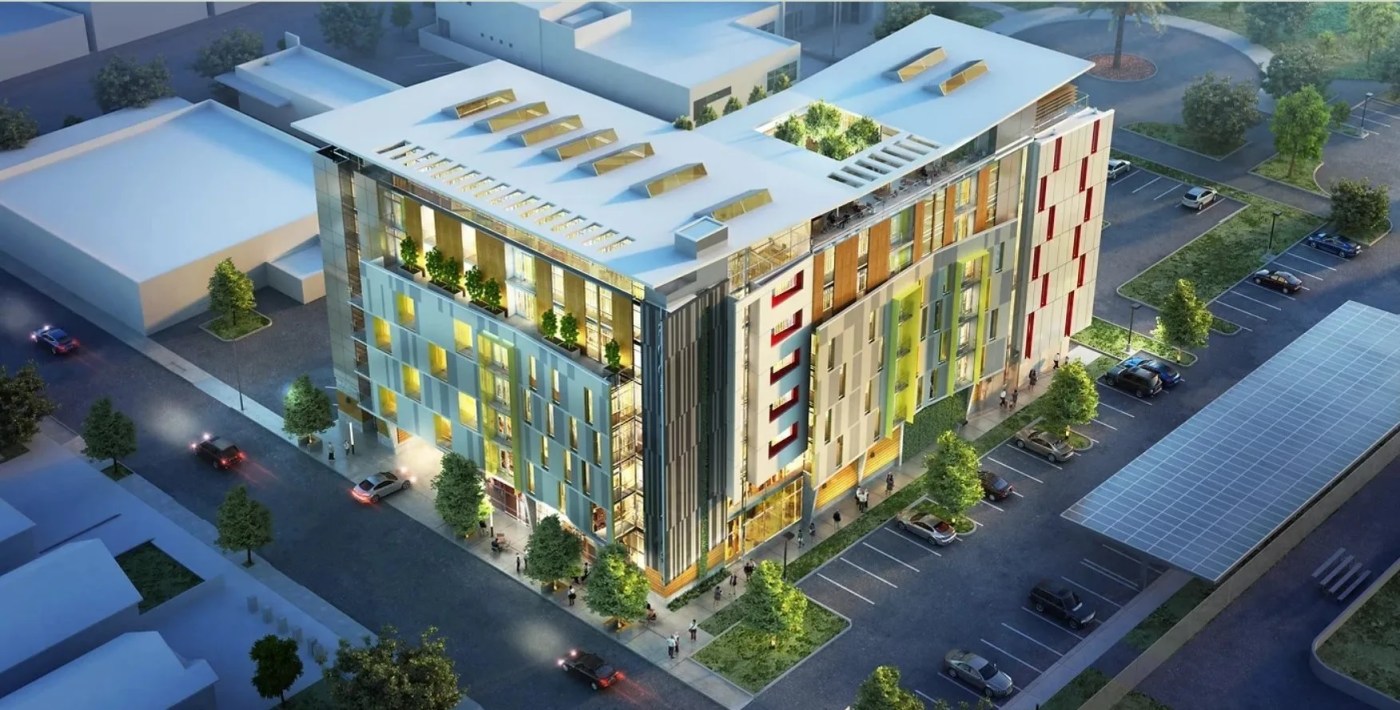 SAN JOSE — A residential complex near downtown San Jose that would consist of scores of affordable homes is slated to begin construction within weeks now that the project has navigated past some key milestones.

Roosevelt Park Apartments should start construction within weeks and is expected to be completed two years after that, according to Geoffrey Morgan, president and chief executive officer of First Community Housing, the project’s developer.

“We are very excited to be getting started,” Morgan said. “We’ll be able to start in a matter of weeks.”

The project, which is located at 21 N. 21st St. in the Roosevelt Park district of San Jose just east of the city’s downtown, will consist of 80 affordable homes.

A real estate purchase that was recently completed represented one milestone.

Santa Clara County bought the land where the apartment complex will be built, documents filed on June 29 with the County Recorder’s Office show. An affiliate of First Community Housing sold the land to the county.

At the time of the purchase, the county provided First Community Housing with a 50-year lease for the land.

“The county bought the land to protect the affordability of the units on a long-term basis,” Morgan said.

The proposed development would be near a stretch of East Santa Clara Street that’s between two future BART stations that will be built in San Jose. One proposed BART stop is the 28th Street/Little Portugal station and the other is the Downtown San Jose station.

“This is a good site for affordable housing,” said Bob Staedler, principal executive with Silicon Valley Synergy, a land-use consultancy. “It’s near transit, near BART.”

The total development costs for the project, including the construction loan, permit expenditures and other items: $80 million, Morgan estimated.

Affordable housing in this area, so close to the downtown as well as the two BART stations, might be very much in demand, in Morgan’s view.

“There’s been a big impact on this area because of the Coyote Creek floods,” said Morgan, referring to the deluge that surged through the area in 2017.

The floods forced the evacuation of 14,000 people and caused $100 million in damage.

“People have been forced to double up and triple up in some houses in this area because of the flooding,” Morgan said.

Roosevelt Park Apartments will include a mix of studios and 1-, 2- and 3-bedroom units, according to a post on the First Community Housing website.

Of the 80 affordable units, 40 will be set aside for individuals and families who earn up to 50% of the area median income. In 2020, the median household income was $117,300 a year in the San Jose metro area, according to the U.S. Census Bureau.

The eight-story building will include office and commercial space on the top level. First Community Housing is considering a plan to move its main offices into the top-level commercial space.

The complex is also expected to include an array of common or gathering areas, according to a description of the project that’s posted on the First Community Housing website.

The common areas will include the property manager and social service coordinator’s offices, private rooms for case managers, large and small meeting spaces, a computer lab, open lounge and seating areas and a central laundry facility.

“A large outdoor space on top of the garage podium can accommodate a children’s play area, community garden plots and seating,” the post on the housing organization’s website states.