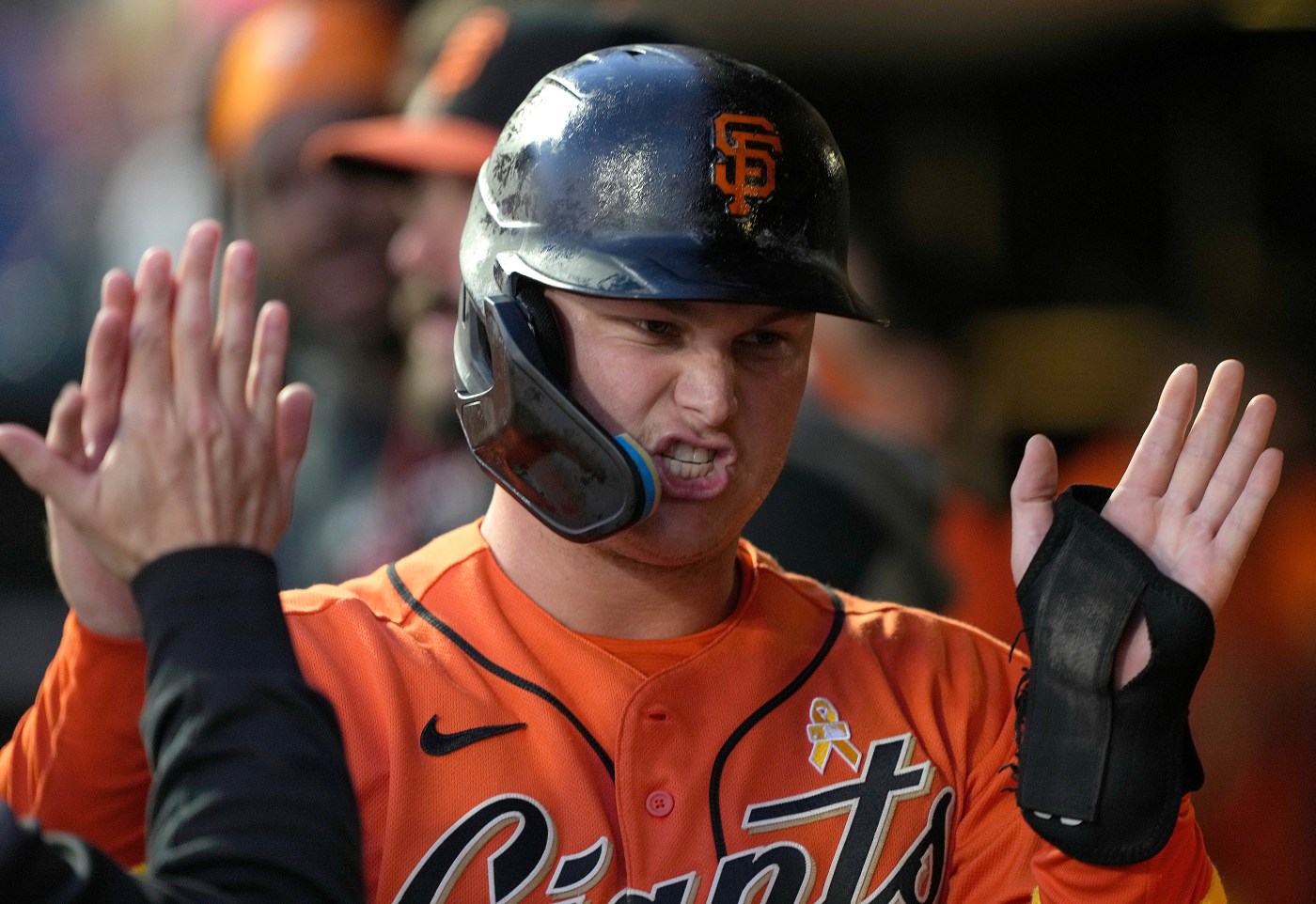 SAN FRANCISCO —  Losers of seven straight having slipped deep out of the postseason frame with gut-punch news they’d lose first baseman Brandon Belt for the rest of the season, the Giants needed something to celebrate.

How about a 13-run bonanza against a wild card team?

Most those runs came in a flurry and in every fashion between the Giants’ first nine outs, delivering a 13-1 win against the Philadelphia Phillies on Friday night.

Four of those runs came in the first inning against Phillies right-handed starter Kyle Gibson. An opposite-field hit from Mike Yastrzemski began a rally with RBI hits from Joc Pederson, Brandon Crawford and Evan Longoria with Crawford scoring on a wild pitch.

Three of those runs came with one swing the second inning. Pederson hit a three-run home run, his second splash hit homer in three days that came off the bat at 108 mph. His 21st home run of the year forced Gibson out of the game with just one out down and threw the game into the hands of a shakier Phillies bullpen. He’d finish with five RBI, second most on the year to the eight he recorded on May 24.

Alex Cobb managed to keep the Phillies out of reach from the get-go. He tossed seen shutout innings, allowing three hits and struck out seven with one walk on 88 pitches. He drew nine swings-and-misses on his splitter, including four strikeouts.

Lewis Brinson and Andrew Knapp made their Giants debuts. Knapp started behind the plate in place of a concussed Joey Bart, drawing a walk with a sacrifice fly in the third inning. Brinson, acquired from the Astros, pinch hit for Pederson in the fifth inning and flared a single into right field.

Outfielder Luis Gonzalez came into pitch the ninth of the blowout and gave up a run on a pair of hits to disrupt the shutout.