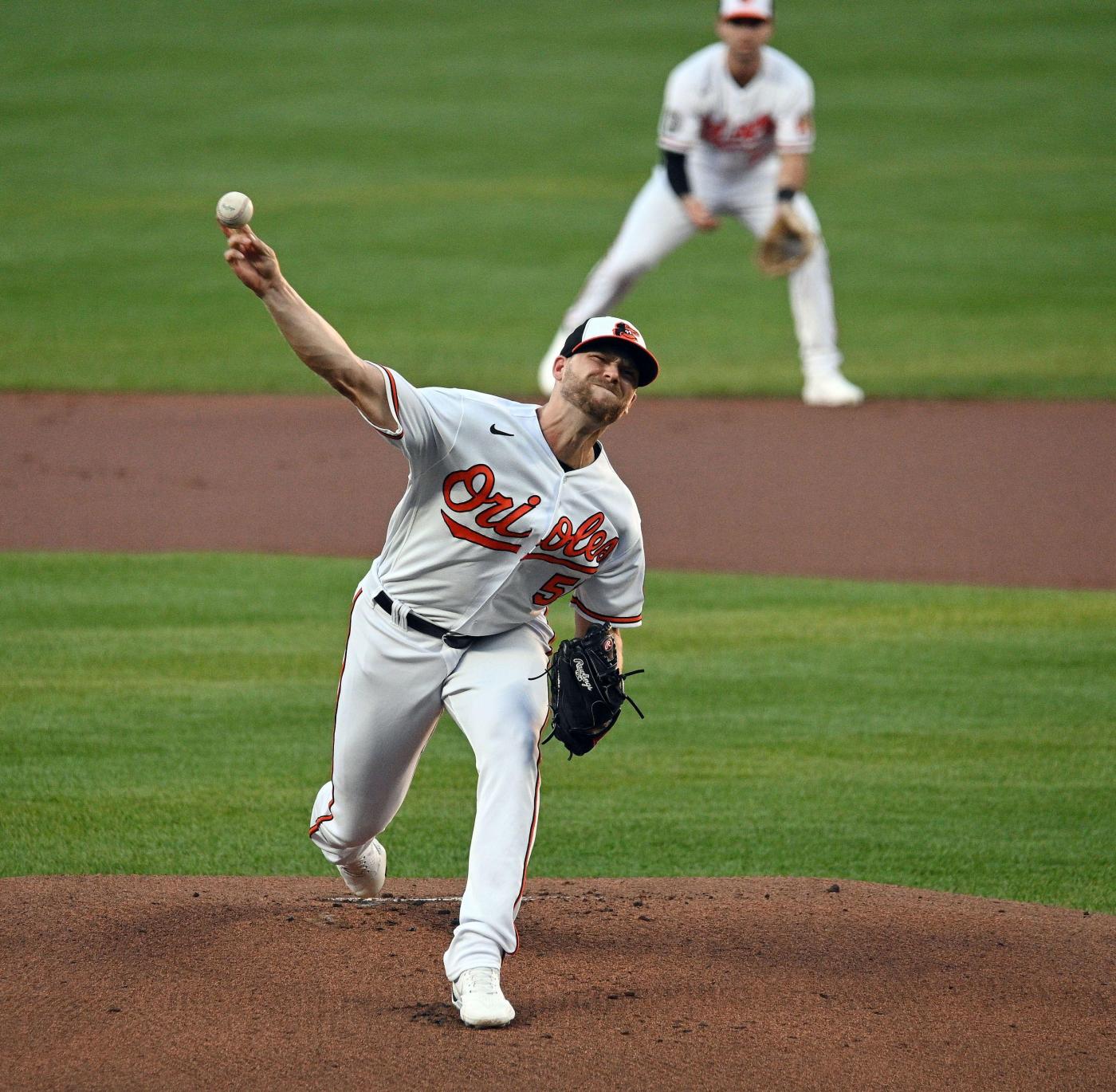 As Omar Little’s whistle from “The Wire” played and a flashing light sequence followed at Camden Yards, Orioles manager Brandon Hyde stood on the mound with catcher Adley Rutschman and Baltimore’s infielders, waiting for closer Félix Bautista to reach the mound in a precarious eighth-inning situation.

With the Orioles up two and two runners on base, Hyde turned to his rookie closer for five outs. He delivered each emphatically to close out Baltimore’s 5-3 victory Tuesday night over the Chicago White Sox.

Bautista struck out Luis Robert on three pitches, with his filthy splitter proving too much to resist just below the zone. Facing Eloy Jiménez, who had homered off starter Austin Voth in the first, Bautista threw a pitch to the backstop at 103.1 mph, becoming only the eighth pitcher to reach 103 mph since Statcast was introduced in 2015. His next offering, at 102.3 mph, hit Jiménez in the left elbow, loading the bases for 2020 American League Most Valuable Player José Abreu. Bautista struck him out to leave them that way. He added another strikeout in a clean ninth.

Since becoming the Orioles’ closer when All-Star Jorge López was traded to the Minnesota Twins earlier this month, Bautista has finalized all six of his save opportunities, with the only runs he’s allowed coming on solo home runs that Hyde felt were the product of him attacking the strike zone with big leads.

Tuesday’s performance closed out a lead created when Ryan Mountcastle answered Jiménez’s homer with a three-run shot off Cy Young Award candidate Dylan Cease in the bottom of the first. The Orioles (64-58) didn’t get another hit off Cease until Anthony Santander’s RBI single chased him from the game in the sixth, but Voth also didn’t allow the White Sox to score again as he dodged traffic in his 5 2/3 innings.

Chicago got a run off Dillon Tate and Cionel Pérez in the seventh, with Jorge Mateo providing an insurance run in the bottom half, before Hyde turned to Joey Krehbiel in the eighth. Two of Krehbiel’s three batters reached, prompting Hyde to call on Bautista.

As has been the case with the Orioles’ newly minted closer, the game was over from there.

With a runner at third in Tuesday’s sixth inning, Terrin Vavra hit a flyball to deep right field, only for it to be caught at the warning track to end the inning. Dad strength can only take one so far.

“I’ll take any extra strength I can,” the new father quipped before the game.

Vavra rejoined the Orioles’ Tuesday after his wife, Carlie, gave birth to their daughter, Tatum, on Friday in Minnesota. Early that morning, he left the club to head home, making it in time for Tatum’s birth at 8 p.m. He missed three games, including Sunday’s Little League Classic, but understandably said he has no regrets.

“Everybody’s healthy, mom’s healthy, everybody’s doing good,” Vavra said. “Just happy that they’re back at home and happy to be back here and now I get to get back to work.”

>> Right-hander Tyler Wells, on the injured list with a left oblique strain, threw a bullpen session off a mound for the first time since suffering his injury late last month. Hyde said he’s “definitely hopeful” Wells returns this season.

“I’m trying to come back better than what I was before,” Wells said. “Stronger, faster, better shape, and working with the trainers and our strength and conditioning coaches, they’ve all helped me, and I feel really, really good physically right now.”

>> The Orioles activated infielder Jonathan Araúz (broken right finger) from the injured list and optioned him to Triple-A Norfolk.