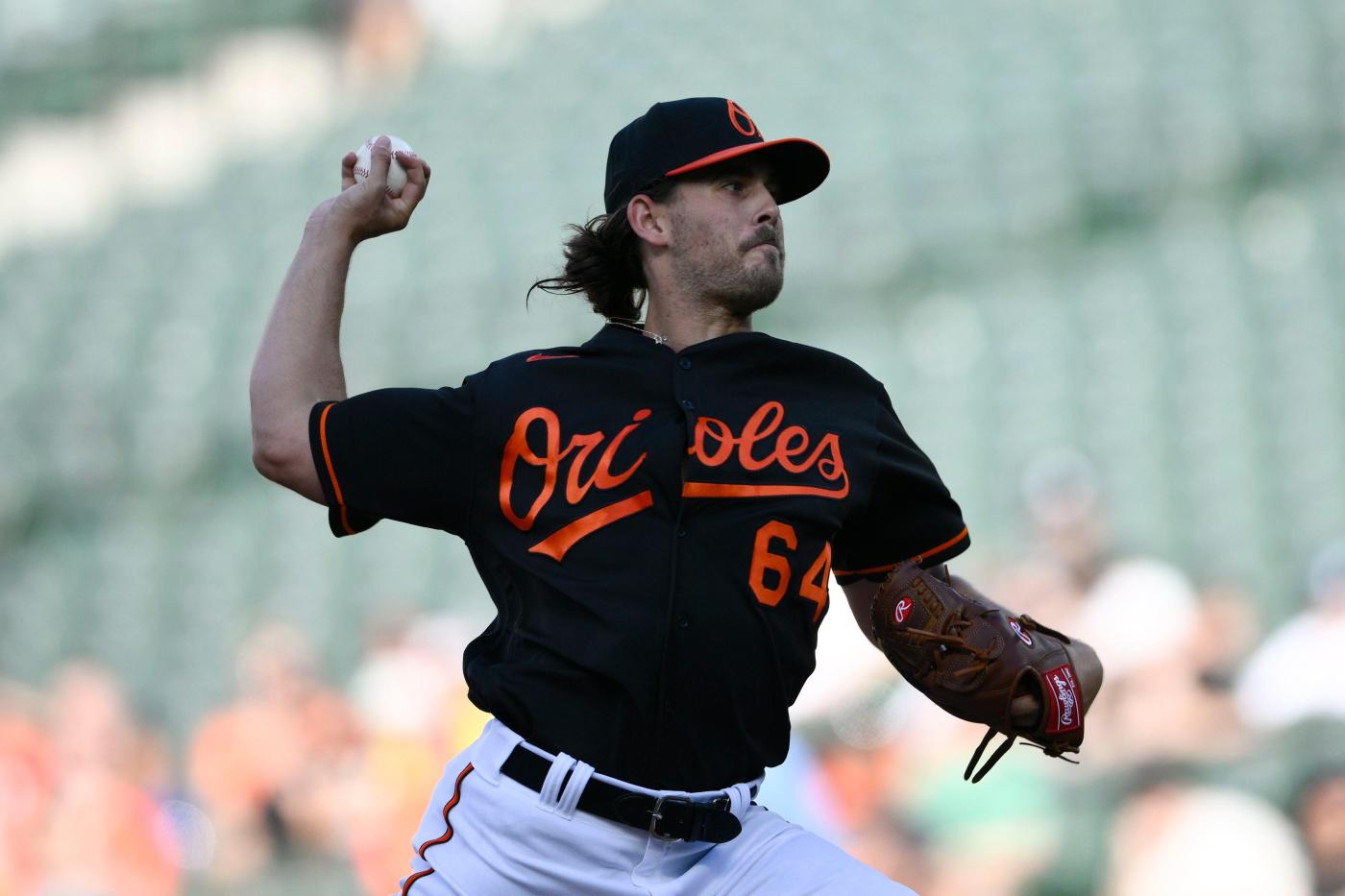 The left oblique strain Dean Kremer suffered as he warmed up for his first appearance of the season could’ve quelled the Orioles right-hander’s growing confidence coming off a disastrous 2021 season. Instead, it inspired more of it.

That improved self-belief was on display Friday night as Kremer pitched six shutout innings against the Tampa Bay Rays, the first scoreless outing in his 20 major league starts. Notably, after command issues caused him to spend much of the latter portion of last season in the minors, he issued only one walk against five strikeouts.

“The presence is different on the mound,” manager Brandon Hyde said. “There’s more confidence in what he’s doing. And he’s being really aggressive, which is what we’re asking him to do and what we’ve asked him to do, because his stuff is good.”

Kremer, 26, once ranked among Baltimore’s top 10 prospects and led the minors in strikeouts in 2018, the year in which the Orioles acquired him as part of the Manny Machado trade with the Los Angeles Dodgers. But he’s had trouble translating that success to the majors, entering Friday with a 6.50 ERA in 19 starts across three seasons, though he pitched solidly in his first two outings this year.

Despite an up-and-down spring training, Kremer repeatedly said he was happy with the direction he was trending. He broke camp as part of the Orioles’ expanded season-opening roster, but as he was warming up to enter in relief during the team’s first series against the Rays, he suffered the strain. He used that downtime to look inward and further build confidence.

“I think the injury is what made it better,” Kremer said. “I know it sounds weird, but I got time to reflect.”

He pitched nine scoreless innings across three rehab appearances in the upper minors, allowing only four base runners while striking out 18. Although the results aren’t quite as dominant at the major league level, he’s shown steps forward through three starts with Baltimore, holding a 2.35 ERA after Friday’s start.

Before the game, Hyde pointed to Kremer’s improvements in strike-throwing as a factor in his turnaround. Including Friday, Kremer has thrown 66.4% of his pitches for strikes this season, compared with 60.3% across his first two years in the majors.

After, Hyde compared Friday’s performance to Kremer’s debut, when he allowed one run on one hit with seven strikeouts over six innings in September 2020. Kremer said the only other start he would put in the same category was an outing last May against the Seattle Mariners, who he also held to one run in six innings.

Including Friday, his only other quality start came nearly a year ago, with the Toronto Blue Jays scoring two runs against him in six innings. But in a rematch his next start, Kremer didn’t get out of the first inning, allowing five walks and a grand slam before being optioned to the minors. He made only one more major league appearance after that late June demotion.

He spent this offseason honing his offspeed pitches, with the work on the changeup showing Friday while the curveball remains in development. Hyde also mentioned how Kremer used his cutter “in appropriate times” Friday; on occasion last year, he was overly reliant on the pitch. The results Friday were an outing that featured 12 swings and misses, one shy of his career high. Ten came on his four-seamer and changeup, the most whiffs that tandem has produced in any of his games.

Given the state of the Orioles’ rotation — with ace John Means out for the season after undergoing Tommy John surgery and top prospect Grayson Rodriguez suffering what could be a season-ending lat strain on the verge of a promotion — there’s opportunity for Kremer to bounce back from last year’s troubles with an extended stay in Baltimore. Friday’s outing shows he’s off to a good start.

“I think it’s just maturing and learning from tough experiences in the past and just handling adversity well,” Hyde said. “Last year, I thought the game sped up on him, and he would lose a ton of confidence on the mound, and the stuff would deteriorate a little bit because of that. So far this year, three starts, he has kept his stuff throughout his outings. It’s just there’s more poise on the mound with him right now and aggressiveness. You know, he throws 95, and he’s got good stuff, so I’m very encouraged.”