Aggressive bullpen moves pay off for Orioles in 9-6 win over Blue Jays; benches clear in 7th – The Mercury News 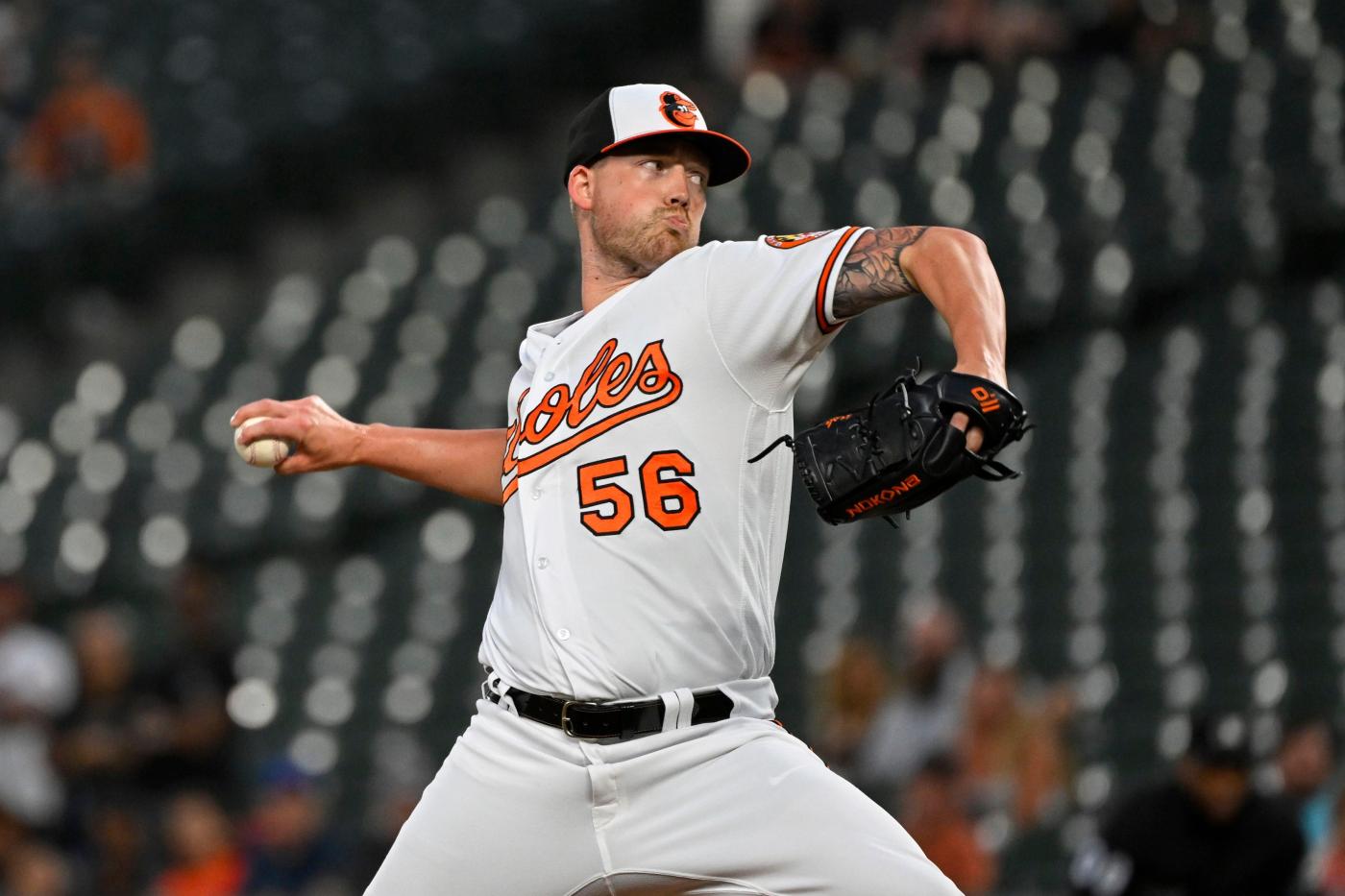 With two on and one out early in the second game of Monday’s doubleheader, Orioles manager Brandon Hyde brought in rookie Nick Vespi over any of his high-leverage relief trio of Dillon Tate, Cionel Pérez and Félix Bautista. Vespi surrendered a three-run home run, while each of the three late-inning options went unused as the Toronto Blue Jays won both of the day’s games to balloon Baltimore’s distance from a playoff spot.

“Obviously, in a game like that,” Hyde explained a day later, “I don’t want to use those three guys in the third inning.”

The fourth inning, though, seemingly changes the calculus. Beginning with calling on Tate in that frame, Hyde deployed his bullpen as aggressively as he has all season in pursuit of a much-needed win Tuesday. With Pérez and Bautista also entering earlier than usual, he got it, with the Orioles beating the Blue Jays, 9-6, to move within 3 1/2 games of an American League wild-card spot and give themselves a chance at a series split Wednesday.

Of the six innings of relief Hyde asked for from his bullpen, the only one provided by someone other than Tate, Pérez or Bautista was Bryan Baker’s seventh. He allowed a run but ended it with a strikeout of Matt Chapman before his jawing with the Toronto dugout caused the benches to clear. Orioles infielders Jorge Mateo and Rougned Odor tried to play peacemakers throughout, with little more than words exchanged between the clubs as Mateo at one point held back Toronto’s Vladimir Guerrero Jr. and Teoscar Hernández by their waistbands.

Bautista took over from there, recording the final six outs for the longest save of his nascent career. The Orioles’ lead, which hovered around one run until a late outburst, might not have reached him without Hyde’s aggressiveness.

With the Orioles coming off a five-run frame that alone represented their biggest offensive output against a winning team in two weeks, rookie starter Kyle Bradish allowed the first two batters of the fourth to reach. Tate replaced him, making his earliest appearance of the season, and retired the next three Blue Jays in order to strand the inherited runners.

In their first 111 appearances this season, Tate and Pérez had entered before the sixth inning three times between them, but both did so Tuesday. A pair of doubles off Tate in the fifth prompted Hyde to turn to Pérez, whose fourth out came on a deep drive to center that both he and Guerrero thought were gone before it landed in Cedric Mullins’ glove at the wall.

The catch retained a lead built in the bottom of the third. With the Orioles facing a 3-0 deficit largely thanks to Bo Bichette’s fourth home run in two games, walks to Odor and Mateo preceded Mullins being hit by a pitch. Adley Rutschman smacked a double down the left field line to score two, with Anthony Santander, Ryan Mountcastle and Gunnar Henderson also driving in runs.

Mullins followed Mateo’s two-out triple in the sixth with a single, providing an insurance run that proved vital before the seventh inning’s theatrics. With a steal in the eighth, Mullins reached 30 for the second straight season. The thievery made him and Mateo only the second pair of Orioles teammates to each steal 30 bases in a season, with Brian Roberts and Corey Patterson doing so in both 2006 and 2007. A walk from Rutschman followed and loaded the bases, then another by Santander brought in an insurance run. Mountcastle, who has thrived against Toronto in his career, delivered a two-run single, with a review determining Rutschman slid in safe on a close play at the plate.

Even with the added cushion, Hyde kept his foot on the gas and left Bautista in the game, and although Bichette’s fourth hit led to a late run, he closed out the game with a strikeout of Hernández.