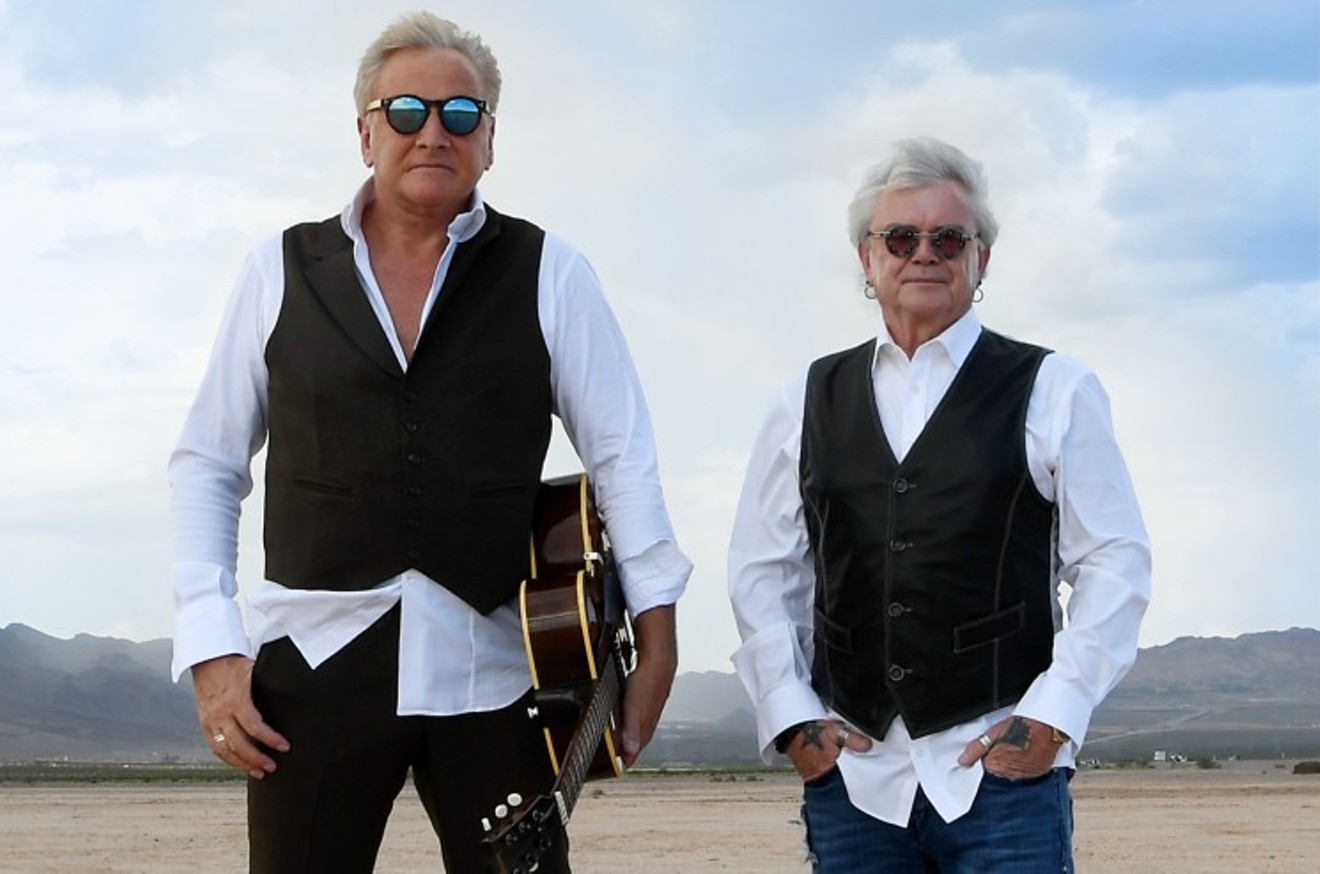 Air Supply knew it had to live up to its reputation on Sunday night at the Mountain Winery.

“Time magazine said we are the most romantic band in the world,” guitarist-vocalist Graham Russell said from the stage. “So, I guess tonight we have something to prove.”

And Russell and his longtime Air Supply partner — lead vocalist Russell Hitchcock — certainly made a valiant effort in that pursuit during their approximately 90 minutes onstage in Saratoga, delivering a richly romantic set of love songs, tearjerkers and beautiful ballads for the capacity crowd.

The lovely historic venue was absolutely packed with “Airheads” — the fond nickname for the legions of diehard followers of this Australian soft-rock duo — to the point where even Russell seemed impressed by how many were in attendance.

“Wow — look at all those people up there,” he remarked as looked to the upper reaches of the 2,400-capacity venue.

As the group delivered one memorable hit after another — starting with “Sweet Dreams” (from 1981’s “The One That You Love”) — it was easy to understand why this show was such a hit at the box office.

The reason, of course, was that Air Supply just has so much good material, including “Even the Nights Are Better,” “Just As I Am” and other numbers that rank among the top love songs of the ’70s and ’80s.

Plus, it was clear from watching the crowd that these weren’t just any old songs being played by the band. Instead, they were the soundtrack to first kisses and lost loves, high school dances and other such memories that leap once again to life when the right song is played. The fans listened to the songs with rapt interest, but they also sang along at top volume, shared hugs and kisses, waved their hands in the air and seemed to want the night to last forever.

As always, the amazing mountain setting, with the unparalleled views of the South Bay, greatly added to the enjoyment of the concert — not just for the fans, but for the musicians as well.

“What a pleasure to be in this beautiful venue here,” Hitchcock said. “It feels very medieval — that’s a big word for me.”

Hitchcock and Russell — who met while performing in an Australian production of “Jesus Christ Superstar” in 1975 — both sounded great as they were accompanied by a topnotch four-piece band on such winners as “Here I Am,” “Two Less Lonely People in World” and “Lost in Love.”

At one point during the show, Russell asked if there were any people seeing Air Supply for the first time — and, indeed, some people raised their hands in the affirmative. The superb guitarist then made a bold prediction:

“When you leave this venue, you are going to be an Airhead forever.”

And he could turn out to be right. Based on this great show at the Mountain Winery, it’s easy to see how Air Supply could be very habit forming.