Alabama is No. 1, followed by OSU and Georgia 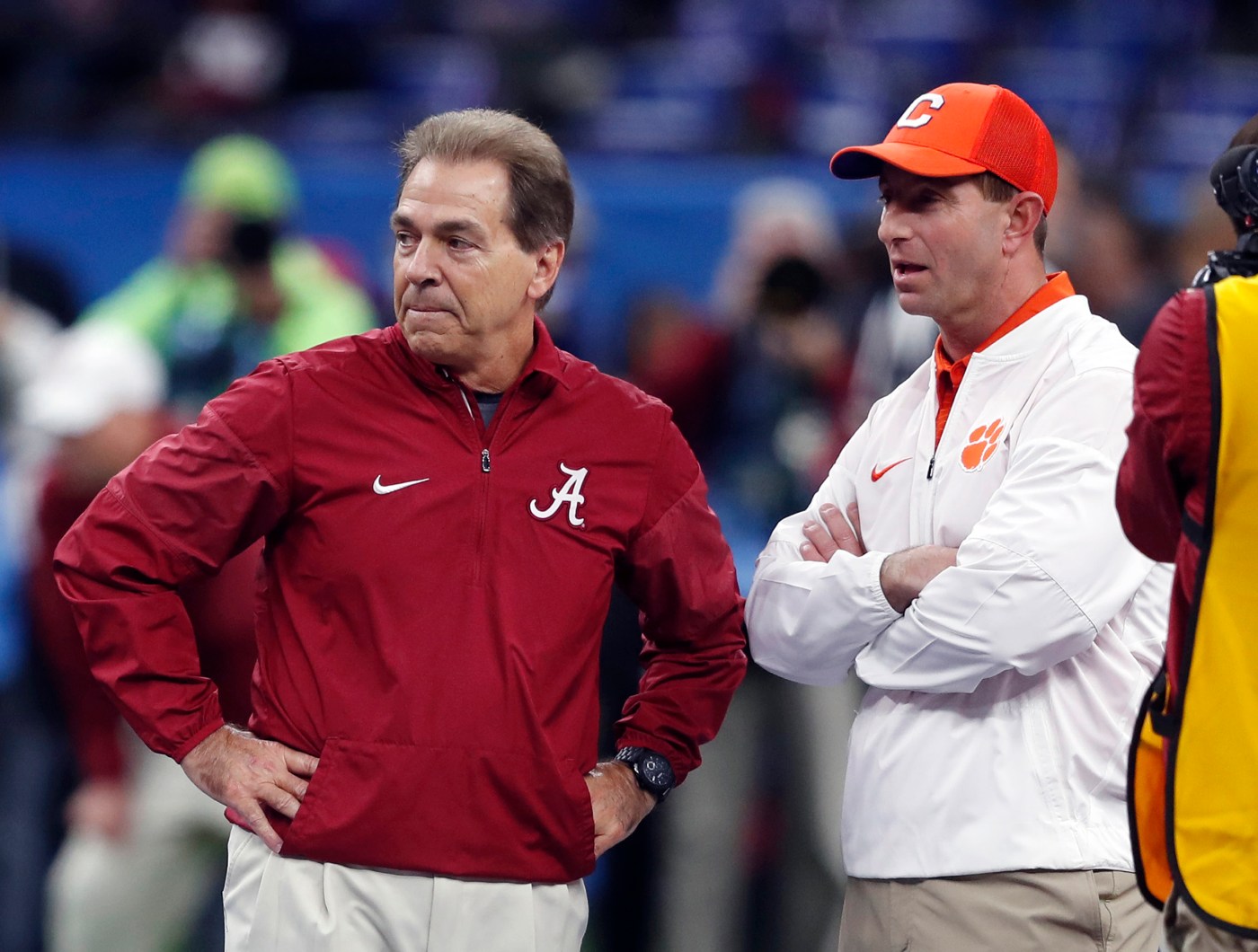 The following ballot was submitted to the Associated Press last week and will be updated with each team’s ranking when the preseason poll is released Aug. 15.

During the season, my ballot will be published on the Hotline each Sunday morning.

Please send all feedback and complaints to the following address:

Or reach me via the options below.

1. Alabama: The schedule includes a Week Two visit to Texas and difficult league trips to Arkansas and Ole Miss. But there’s no date with Georgia — at least until linebacker Will Anderson and a stellar Tide defense suffocate the Bulldogs in the SEC championship game on the way to yet another national title for Nick Saban.

2. Ohio State: The Buckeyes brought in mastermind Jim Knowles, formerly of Oklahoma State, to solidify a wobbly defense. Even marginal improvement will be enough to contend for the playoff given the firepower on the other side of scrimmage. Of note: OSU opens the season at home against Notre Dame, which last visited Columbus in 1995.

3. Georgia: There was nothing one-hit about Georgia’s success last year — the program has won at least 11 games in each of the past four non-COVID seasons. But returning to the 2021 heights will be extraordinarily difficult with an overhauled defense and different dynamic: For the first time since 1980, the Dawgs are the hunted.

4. Notre Dame: New coach Marcus Freeman inherits a stocked roster from Brian Kelly but faces a difficult schedule: It begins with a trip to Ohio State, ends with a visit to USC and includes Clemson (home) and BYU (in Las Vegas). If the Irish can survive with one loss, a playoff berth awaits.

6. Texas A&M: Is this the year the Aggies break through in the SEC West? Nope. The schedule is too difficult, and the starting 22 is too green. Coach Jimbo Fisher’s stellar recruiting classes need a tad more seasoning before A&M is ready to unseat Alabama.

7. Oklahoma: A new head coach (Brent Venables) and new quarterback (Dillon Gabriel, from UCF) begin a new era in Norman. But we project a familiar ending: With the Sooners as the last team standing in what should be a competitive, entertaining Big 12 race.

8. Michigan: The defending Big Ten champions — not a phrase often attached to the Wolverines — have a soft non-conference schedule, manageable league lineup (no Wisconsin) and veteran offense, all of which should translate to at least nine wins … but not another conference title.

9. Clemson: Quarterback DJ Uiagalelei struggled last season and must play to the level of his Southern California peers at Alabama (Bryce Young) and Ohio State (CJ Stroud) in order for the Tigers to return to the playoff stage. An early-November trip to South Bend looms large.

10. Cincinnati: The Bearcats must successfully replace quarterback Desmond Ridder and their stellar cornerbacks in order to contend for another playoff berth. We should know early whether they’re capable, thanks to the opener at Arkansas.

11. USC: Offseason additions at the skill positions have made USC relevant, but the anticipated jump to national contention depends on the play of the offensive and defensive lines. Count the Hotline as skeptical. Lincoln Riley needs one more year of roster retooling before making a serious run at the CFP.

12. Baylor: The Bears improved from 2-7 during the COVID season to 12-2 last year under Dave Aranda, with a Big 12 title in tow. We expect some backsliding this fall, in part because of a schedule that includes trips to BYU, Iowa State, Oklahoma and Texas.

13. Florida: Our top sleeper pick, to the extent that a program with multiple national titles can be considered a sleeper. First-year coach Billy Napier should get the Gators turned around quickly, even if a rude welcome awaits him in the opener against Utah.

14. Mississippi: Fresh off a 10-win season, the Rebels are positioned to maintain their trajectory under Lane Kiffin. USC transfer Jaxson Dart should take over for Matt Corral, the defense is stocked with returnees, and the schedule lends itself to at least eight wins.

15. Houston: The American looks like a three-team race with the Cougars, Cincinnati and UCF. We like the Bearcats (narrowly) and give Houston the edge over UCF based on stability at quarterback with returnee Clayton Tune. Next year, all three will make their Big 12 debuts.

16. Oregon: A stout front seven and veteran offensive line are reasons to believe rookie coach Dan Lanning can maintain the level of success reached under his predecessor, Mario Cristobal. But the X factor is transfer quarterback Bo Nix, whose Auburn career was a mix bag.

17. Wake Forest: Seven starters return from one of the nation’s best offenses, including quarterback Sam Hartman. Is that enough to win the ACC? Not without some semblance of competence on defense.

18. Pittsburgh: No Kenny Pickett and no Jordan Addison doesn’t mean the Panthers have no chance to defend their ACC title. The quest starts with former USC quarterback Kedon Slovis, who must play like he did as a freshman, way back in 2019.

19. Oklahoma State: We expect modest regression after the 12-win season, partly because of the rugged league road schedule but mostly because of the retooling required on defense following the departure of coordinator Jim Knowles.

20. Brigham Young: The Cougars will be hard pressed to reach the 10-win mark again this season after trading gimme wins against so many Pac-12 opponents for daunting challenges against the likes of Liberty and Utah Tech.

21. Fresno State: Jeff Tedford is back in charge after a two-year absence; quarterback Jake Haener is back after a trip into the transfer portal; and as a result, the Bulldogs should be back atop the Mountain West. Game to watch: Week Three at USC.

22. N.C. State: Don’t ignore the Wolfpack as the potential ACC champion if Clemson leaves the door ajar — we see little difference between Wake Forest, Pitt, NCSU and even Miami. Bottom line: Every year head coach Dave Doeren returns is a victory in Raleigh.

23. Wisconsin: Significant attrition on both sides of scrimmage and an erratic returning quarterback (Graham Mertz) leave us wondering if the Badgers can return to the 10-win mark that used to be an annual occurrence in Madison.

24. Arkansas: After a stunning uptick in coach Sam Harman’s second year, the Hogs are well positioned for another successful season. Their chief obstacle: The division.

25. UCLA: The schedule is loaded with non-conference cupcakes, features eight home games and puts an eight- or nine-win season well within reach for the Bruins. The defense has been overhauled, which isn’t necessarily a bad thing.