Alex Jones’ company files for bankruptcy during trial over damages 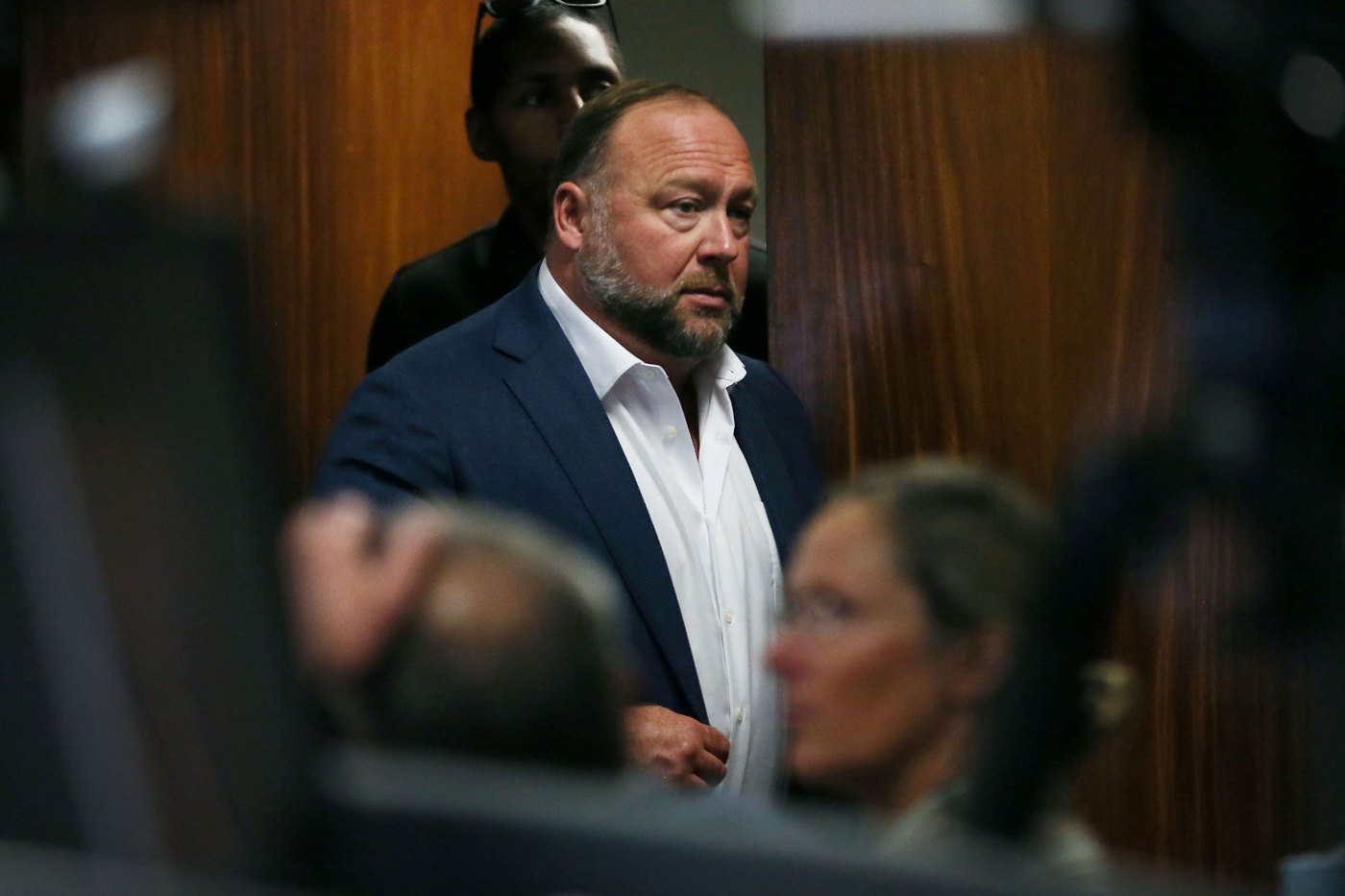 (CNN) — Right-wing conspiracy theorist Alex Jones’ primary company filed for bankruptcy protection on Friday, an unexpected move that comes as a trial is underway in Texas to determine how much in damages he will have to pay the families of two Sandy Hook victims.

Jones’ decision to seek bankruptcy protection for his company, Free Speech Systems, which operates the right-wing conspiratorial outlet Infowars, also comes after he was found legally responsible in a separate defamation case in Connecticut.

In that Connecticut case, a different group of families similarly sued Jones over false claims he made about the 2012 Sandy Hook shooting.

In a bizarre legal twist, Jones also filed a complaint Thursday against his own company in Connecticut, a move that could further delay proceedings in the Connecticut trial.

The attorney representing Jones in the Texas defamation case, Federico Andino Reynal, made the disclosure about the bankruptcy filing at the end of court proceedings on Friday.

Reynal said that the bankruptcy filing should not impact the trial underway. The judge overseeing the trial said proceedings in the case will continue on Monday.

It’s unclear, however, how the move will impact matters after the jury decides on damages. It’s also unclear how the move will impact the case in Connecticut. An attorney representing the plaintiffs in Texas didn’t immediately have a comment. Christopher Mattei, an attorney representing some of the Sandy Hook families in Connecticut, issued a scathing statement to CNN about Jones’ move.

“Just two days before jury selection is due to begin in Connecticut, Mr. Jones has once again fled like a coward to bankruptcy court in a transparent attempt to delay facing the families that he has spent years hurting,” Mattei said. “These families have an endless well of patience and remain determined to hold Mr. Jones accountable in a Connecticut court.

But the document indicated that Free Speech Systems had $14.3 million in total liabilities and equity as of May 31, 2022.

Earlier this week, the lawyer for the two Sandy Hook families suing Jones in Texas, Mark Bankston, asked the jury to award his clients $150 million in damages. The families won a default judgment against Jones; the dollar amount of the award is now being determined.

“Now that is a huge verdict to be sure, but it is one that will do justice to the level of harm done in this case,” Bankston told the jury in his opening statement.

“Harm that was done to the parents, grieving parents of murdered children who have had to endure for 10 years, the most despicable and vile campaign of defamation and slander in American history,” Bankston added.

Bankston said half of the $150 million figure amounts to $1 for each person who believes false information about the Sandy Hook shooting pushed by Jones, which he argued is about 75 million.

The additional $75 million would be to compensate the parents for the emotional and mental anguish they’ve endured over the last decade due to harassment from Jones and his followers.