She’s been foiled! A braless Alexa Chung shimmers in silver space-age short jumpsuit as she leads the fash pack at Glastonbury

She’s been to Glastonbury so many times, she’s pretty much a veteran, so that might explain why Alexa Chung got her festival outfit spot on on Sunday,

The 30-year-old TV presenter was no doubt enjoying performances by the likes of country singer Dolly Parton, who took to the Pyramid stage that day. when she headed out in a silver short jumpsuit.

Chung went braless for the tiny outfit which had tiny spaghetti straps and shimmered in the sunshine –  but she toned the outfit down by wrapping a grey sweatshirt around her waist.

Predicting a cold spell, Alexa had brought out her trusty green Barbour coat with her but slung it over her arm as she enjoyed a crafty cigarette.

She also made sure she was well prepared for the mud in a pair of green Hunter ankle-length wellie boots.

Other celebrities spotted at the festival include Lily Allen, Ellie Goulding and Cressida Bonas. The evening’s headline act will be rockers Kasabian. 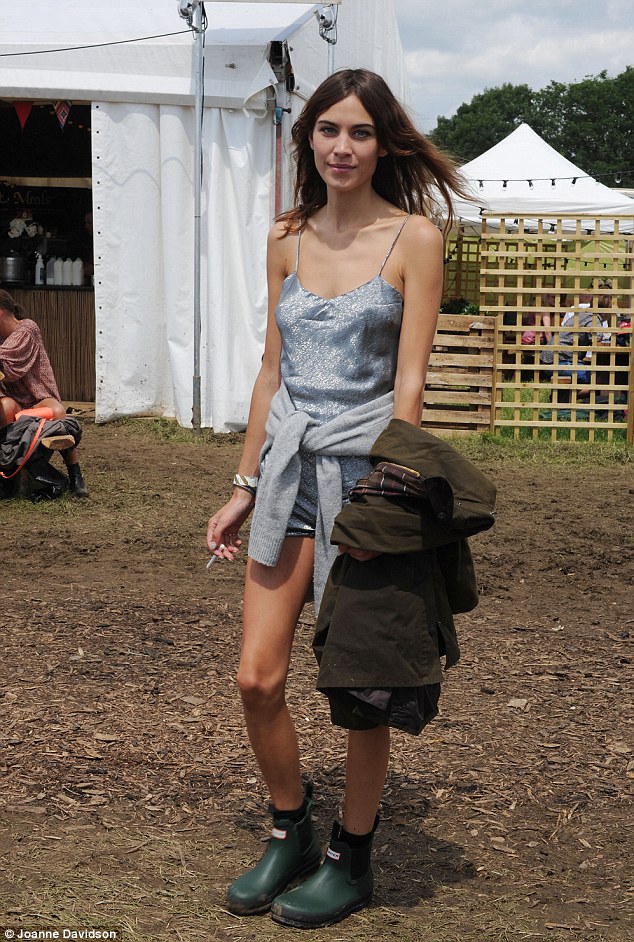 Put your best foot forward: The TV presenter made sure she was well prepared for the mud in a pair of green Hunter ankle-length wellie boots

Earlier in the day, Alexa reportedly hit back at a photographer who didn’t recognise her as she walked through the VIP area.

According to Heatworld, the clueless snapper asked her, ‘Who are you?’ to which she snapped back, ‘and who are you?’ before making a quick exit.

The vintage clothes horse has also been doing her bit for charity at Worthy Farm in Somerset, with Oxfam tweeting: 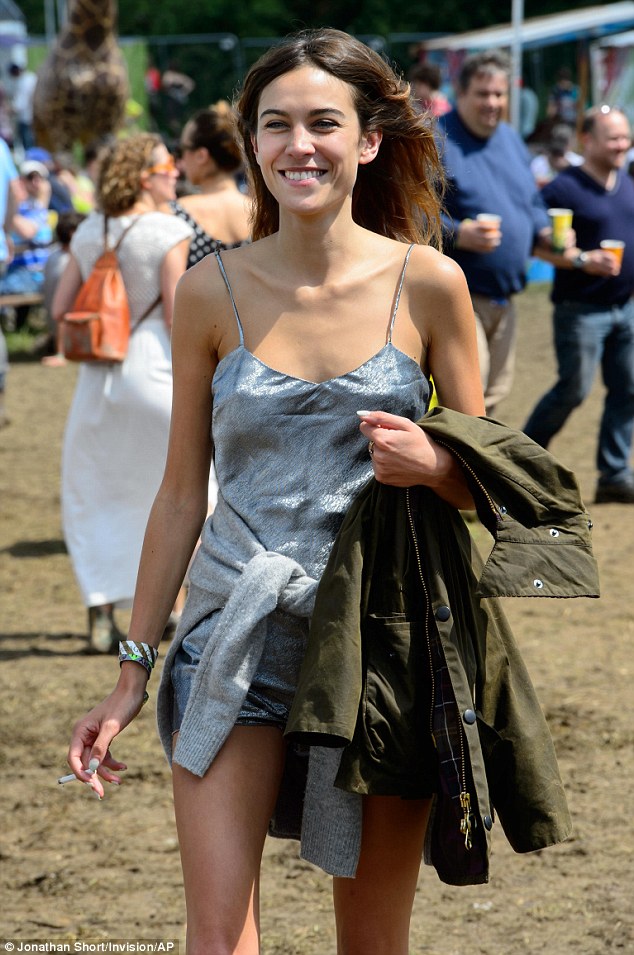 Awkward: Earlier in the day, a clueless snapper asked Alexa, ‘Who are you?’ to which replied, ‘and who are you?’ before making a quick exit

‘@alexa_chung and @grimmers visited our backstage shop to do some shopping @GlastoFest. Pop into one of our shops if you haven’t already!!’

On Saturday, Alexa had another fashion hit when she stepped out in a much more covered up ensemble which was perfect for the rainy day.

She hung out backstage in skinny jeans, a high-necked blouse and black velvet jacket with her beloved Barbour on over the top. 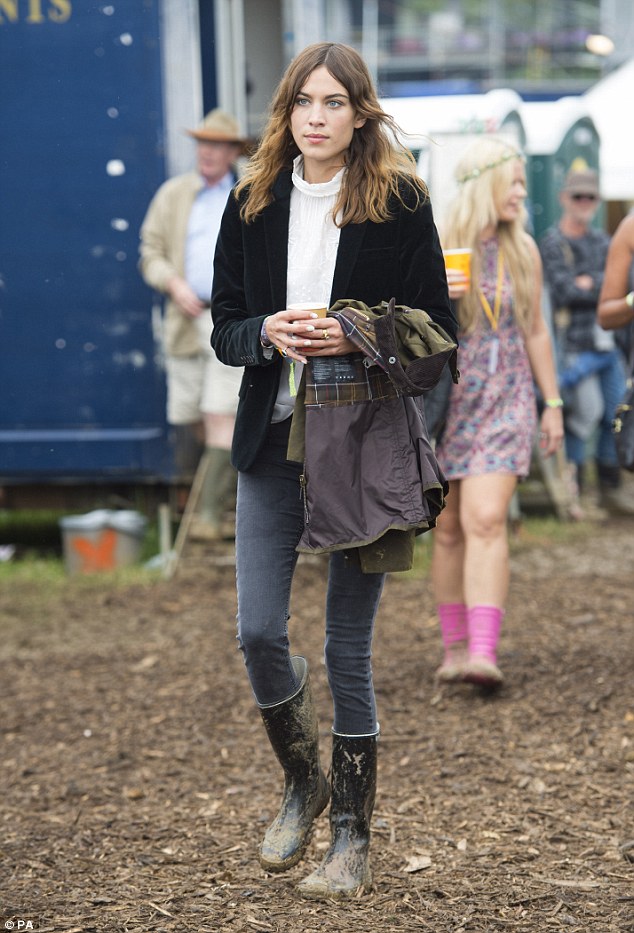 Covered up: The day before, the 30-year-old stepped out in a velvet blazer and black skinny jeans