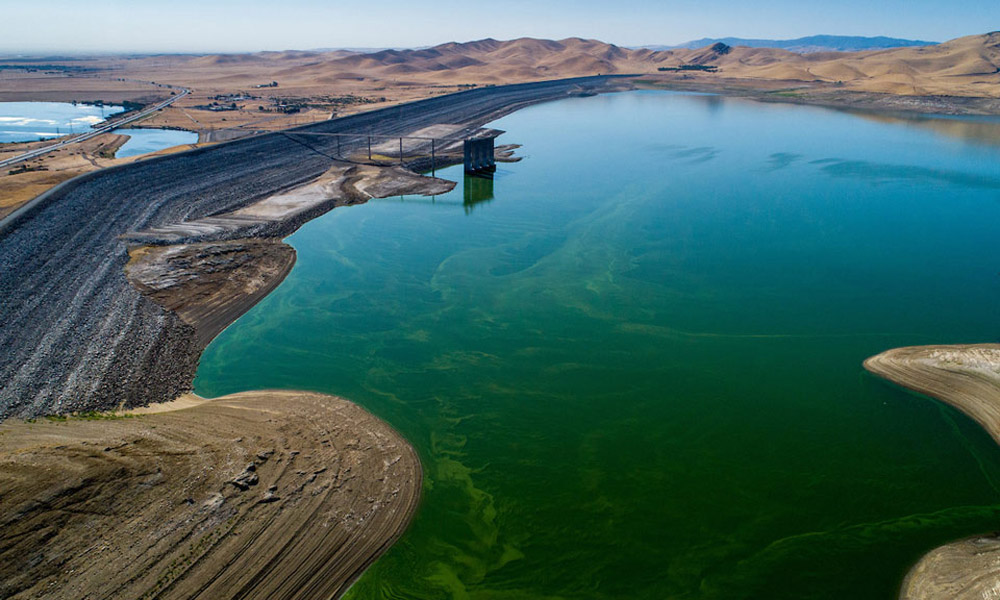 San Luis Reservoir is under a warning because of toxic algae, and swimming is considered dangerous, but the danger level has been downgraded from earlier this month.

The warning advisory was issued by the state’s Department of Water Resources because of cyanobacteria (blue-green algae).

At the reservoir, east of Gilroy, people are warned to avoid contact with the water and to keep their dogs and horses out of it. Boating is allowed, and fish caught in the reservoir can be eaten if they are fileted and rinsed.

Water filters, purification tablets and boiling are not adequate to make the water safe for drinking, the agency said.

Symptoms of exposure to the algae include eye irritation, skin rash, vomiting, diarrhea and flu-like symptoms.

The warning advisory for San Luis is the most stringent currently in place for the reservoirs under the agency’s jurisdiction. Earlier in July, the reservoir was under a danger advisory, which advises against eating fish caught there.

Caution advisories, which warn against contact with algae or scum, have been issued for Lake Del Valle, near Livermore, and for Los Banos Creek Reservoir and Quail and Pyramid lakes.

In Austin, Texas, toxic algae is suspected after a dog died on July 10 within an hour of swimming in an inlet off Lady Bird Lake.