When Boris Johnson impetuously backed former Cabinet minister and arch-Brexiteer Owen Paterson, after he’d been found guilty by the Commons Standards Committee of ‘egregious’ breaches of lobbying rules, there was a furious backlash.

Within 24 hours, Boris had U-turned; then Paterson quit the Commons and the Tories lost the subsequent by-election, ending a 115-year hold on the seat of North Shropshire.

Today, Paterson launches his appeal against the verdict of the Standards Committee by taking his case to a court he’s spent a lifetime criticising — the European Court of Human Rights.

A statement being released by leading City law firm Devonshires insists: ‘Owen Paterson did not engage in lobbying, nor did he use his position as an MP to secure benefits for any company. Mr Paterson was supported by statements from 17 witnesses. The committee refused to call any of those witnesses.’ 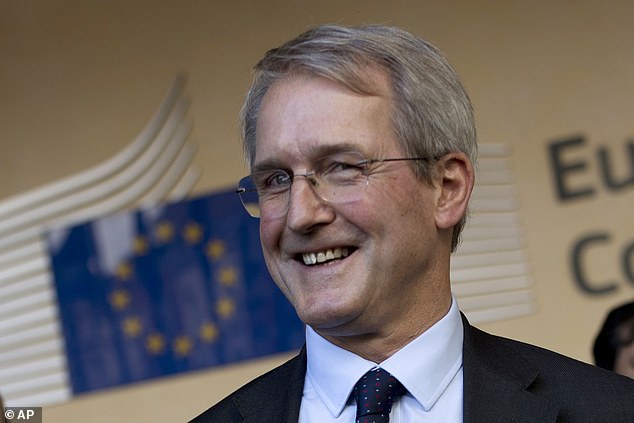 ANDREW PIERCE: When Boris Johnson impetuously backed former Cabinet minister and arch-Brexiteer Owen Paterson, after he’d been found guilty by the Commons Standards Committee of ‘egregious’ breaches of lobbying rules, there was a furious backlash

Referring to Parliamentary Commissioner for Standards Kathryn Stone — who confirmed in writing she’d decided Paterson’s ‘guilt’ before speaking to him — the statement continues: ‘The bedrock of any disciplinary procedure is that it complies with the principles of natural justice.

In her pursuit of Mr Paterson, the Commissioner breached those principles. Our client is resolved to clear his name by the only appeal mechanism available to him, the ECHR.

‘The irony that Mr Paterson, a vocal opponent of European institutions, should be seeking the help of the ECHR is not lost.’

You can say that again!

Change of tune for Mone?

Underwear tycoon Lady Mone, accused of making a £29 million profit from a Covid contract to supply the NHS with masks and gowns, is a Whitney Houston fan.

Indeed, ‘Baroness Bra’ quoted from a Houston song when she made her first speech in the Lords in 2016.

She chose the sentimental line: ‘I believe the children are our future.’

Other songs might now seem more appropriate. Perhaps a chorus of Whitney’s Unashamed? 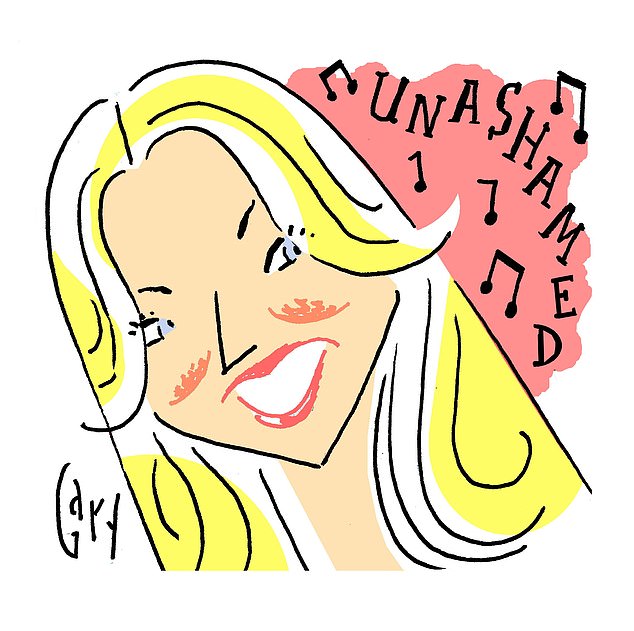 Underwear tycoon Lady Mone, accused of making a £29 million profit from a Covid contract to supply the NHS with masks and gowns, is a Whitney Houston fan

‘Tis the season to be in the office

What has got into Whitehall? The numbers of civil servants turning up to work suddenly soared in the week of the November Budget, reaching their highest since February.

At the Treasury it was 75 per cent, the Department of Digital, Culture, Media and Sport 69 per cent, and Foreign Office 48 per cent.

Could the looming threat of public sector cuts have made pen-pushers anxious to show their faces?

Or, as one old Whitehall hand observed to me, is it the lure of Christmas party season: ‘One sniff of a free mince pie and they all come rushing back.’

Explaining why the trees which brightened up Parliament’s Portcullis House have disappeared, Tory MP Sir Charles Walker said they ‘were removed as they had become root bound’ and ‘were no longer viable’.

Perhaps he was also referring to the MPs who work in the building.

In the latest glossy print edition of high-society mag Tatler there is a glowing portrait of Liz Truss, the country’s third woman Prime Minister.

Spread over six pages, there is, incredibly, no mention of the fact she is now a former Prime Minister, having famously lasted a mere 44 days.

If Gary Lineker and his fellow highly paid BBC presenters are as concerned about human rights abuses in Qatar as they say they are, and about the environmental impact of holding the World Cup in Doha, why are they there at all?

The majority of the BBC coverage of the 2020 Olympics in Tokyo came from Salford, after all. They could have done the same again.

Quote of the week: Former Prime Minister Theresa May questioned Piers Morgan’s account of their meeting at a Spectator party.

May, who won Speech Of The Year at the Spectator awards last week, said: ‘He couldn’t remember a single thing I had told him.

‘If it’s any consolation, Piers, I couldn’t remember a single thing you asked me — indeed, I don’t remember speaking to you at all.’