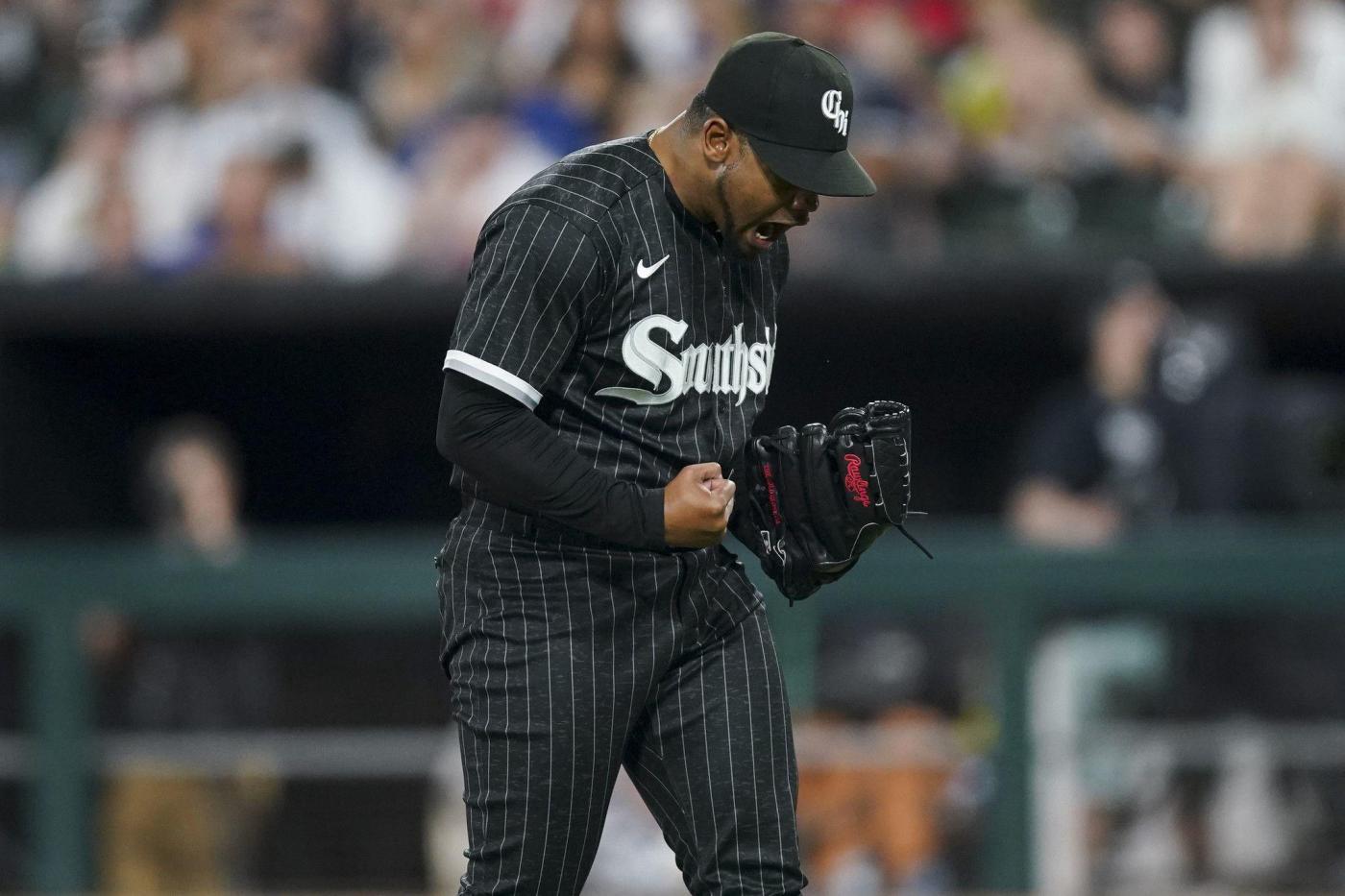 Andrew Vaughn was aware he needed a triple for the cycle when he came to bat in the sixth inning Monday against the Toronto Blue Jays.

“You’ve got to keep it out of the back of your head,” Vaughn said.

Vaughn didn’t get the triple, but he did single to match a career high with four hits in the Chicago White Sox’s 8-7 victory in front of 22,482 at Guaranteed Rate Field.

Vaughn had an RBI double in the first, singled and scored in the third and hit a solo homer in the fourth. His sixth-inning at-bat finished with a single to left.

“His stroke (Monday) was as pure as it could be,” Sox manager Tony La Russa said. “(Blue Jays starter José) Berríos, we hit some good pitches. We stayed on the ball good because that guy’s tough.

“But we talked about it before, that’s what (Gavin) Sheets has shown, (Jake) Burger, they’re hungry hitters. They go up there every at-bat trying to make something happen, and Vaughn, he’s got that nailed.”

It’s the third time Vaughn has had four hits in a game. He has five multi-hit performances in his last seven games.

“Just learning from last year,” Vaughn said. “Learned how to take care of my body better. It’s 162 games. It’s long. Just being smart and being proactive about it.”

Vaughn’s home run was the third of the night for the Sox. Josh Harrison’s two-run homer in the second gave them a 3-2 lead. Luis Robert made it 5-2 with a two-run homer one inning later.

The Sox had production up and down the lineup, finishing with 13 hits. Eight of the nine starters had at least one hit. Leadoff batter Tim Anderson singled twice and scored a run in his return from the injured list.

“I was seeing the ball real well,” said Anderson, who last played for the Sox on May 29, when he suffered a strained right groin. “If I just stay right there where I’m at, just continue to keep pushing, I’ll be in a good spot.”

La Russa said of Anderson: “His stroke is a thing of a beauty. I mean, he can get to anything.”

Harrison was getting to almost anything defensively. He made several impressive plays, including a tremendous diving stop and throw from his knees to get Gabriel Moreno for the first out of the fifth.

“He had a great game,” La Russa said of Harrison. “A clutch home run, he hit a couple of balls hard, but the defensive plays — every time you take an out away from that club is a huge step in the right direction.”

Lance Lynn benefited from the defense in his second start of the season and his first at home. The right-hander allowed five runs (three earned) on four hits with five strikeouts and two walks in five-plus innings.

There was a questionable ball four to Vladimir Guerrero Jr. in the sixth. Teoscar Hernández followed with a two-run double, getting the Blue Jays within 8-4. That was Lynn’s final batter.

Asked about the progress from his first start to his second after returning from right knee surgery in the spring to repair a torn tendon, Lynn said: “I don’t know. I gave up five runs in five innings. It’s still horse(bleep).”

“The ball was coming out great,” La Russa said. “He was very aggressive. I watched him closely in that sixth. That lineup is tough. You saw what they’ve done all year long. And he was very sharp. Didn’t get bothered by the first two (runs on a homer by Raimel Tapia in the second) and kept shutting them out until the end.”

Reynaldo López followed Lynn and struck out two in the sixth. He came back for the seventh and stranded a runner on second with another strikeout.

With closer Liam Hendriks on the injured list, the Sox opted for Kendall Graveman in the eighth and Joe Kelly in the ninth. Kelly surrendered a two-run homer with one out in the ninth to Cavan Biggio but rebounded with two grounders — including another nice play by Harrison — to help the Sox begin their homestand on a positive note.

“But to me, one of the stars brighter than anybody was Reynaldo López. (To) come out there and also pitch that seventh as effectively as he did, you’ll meet no bigger star than him.”