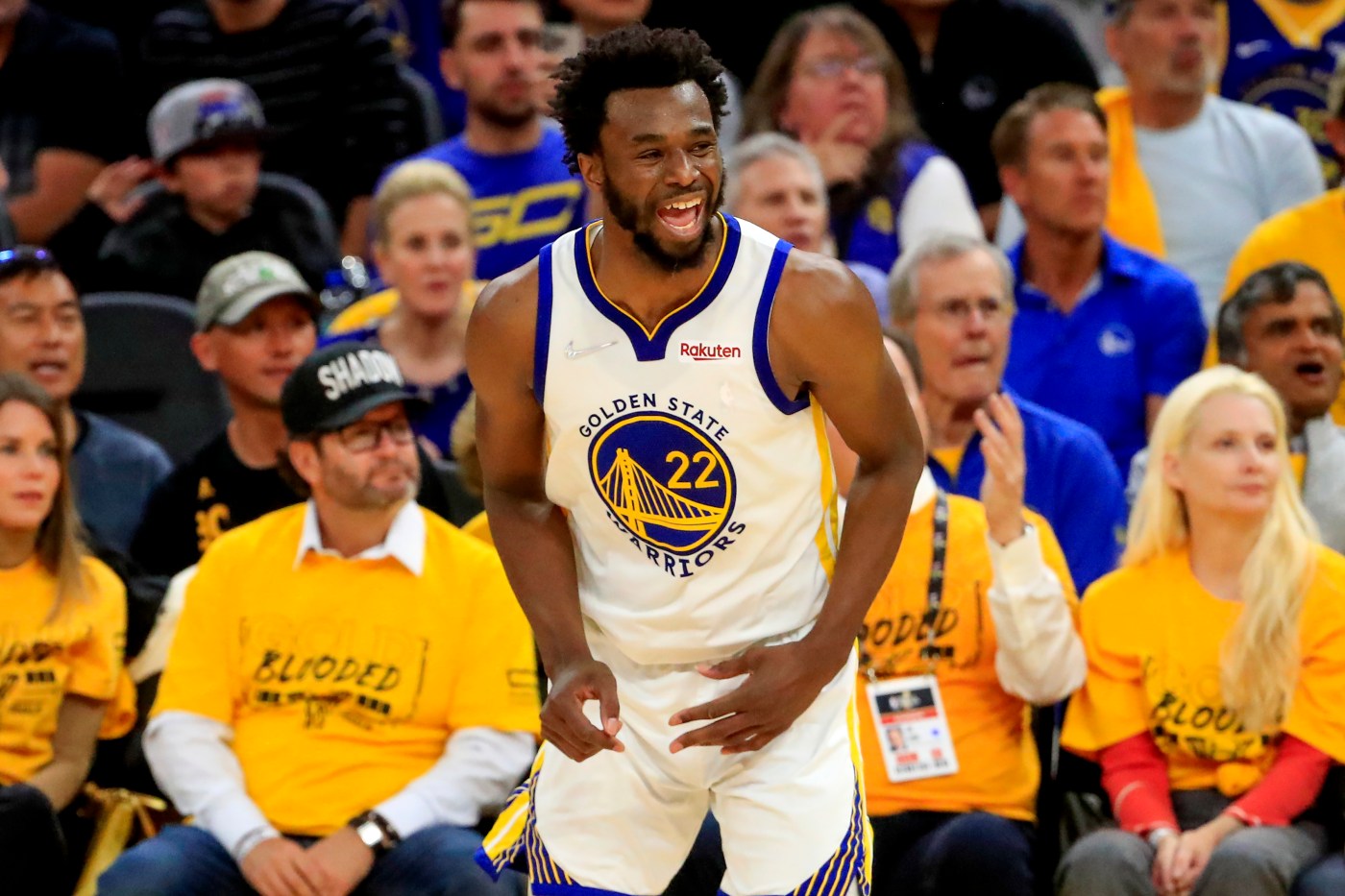 Sports and, indeed, life are terribly complicated affairs, but so often, the day-to-day and minute-to-minute of both can be defined by the constant battle between what we think will happen and what actually happens.

Andrew Wiggins knows this battle all too well.

Popular opinion declared that he was supposed to be the “Maple Jordan” — the first Canadian superstar in this league — and the kind of player that is worthy of the No. 1 overall pick in the 2014 NBA Draft.

Did he personally set any of those expectations? No. They were bestowed upon the soft-spoken now 27-year-old by strangers.

And so in eight seasons in the NBA, he’s yet to take a step in this league that has been graded against the curve.

But on Monday night, in Game 5 of the NBA Finals, Wiggins was the best player on the floor alongside Steph Curry and opposing two of the league’s best wings.

Wiggins’ 26-point, 13-rebound, defend-everything performance was the driving force of a 104-94 win that has the Warriors one victory away from a fourth title in eight years.

Forget your expectations. Here’s the reality:

Monday’s Game 5 wasn’t a breakout or a narrative-changing game for Wiggins. No, the Warriors wing has proven himself to be a winner of the highest order throughout this postseason.

From the first possession of the first game of the first round against Denver, Wiggins has played with a laser focus and relentless motor.

There’s no doubt that a good number of people have missed this transformation. Countless more have seen it happen but were blinded by long-held preconceived notions.

But Game 5 was merely a continuation of Wiggins’ already outstanding form.

Yes, it was Wiggins’ best game of the playoffs. Considering the stage, it was arguably the best game of his career.

But this was a crescendo.

And if you’ve been paying attention, Game 5 should not have been a surprise.

That’s not to say that Wiggins’ performance didn’t come at a perfect time for the Dubs.

For the first four games of the NBA Finals, the Warriors have leaned on Steph Curry to create the vast majority of the team’s offense. More specifically, they’ve asked him to create off the dribble.

But Boston was hellbent on not letting Curry beat them on Monday. They trapped, blitzed, bumped and a few times even tripped Curry when he crossed half court. The Warriors’ star scored 16 points and failed to make a 3-pointer for the first time in his illustrious and long postseason career.

The Celtics dared anyone else on the Warriors to take advantage of all the attention they gave Curry.

Wiggins made them regret that decision.

Wiggins’ 13 rebounds — just like his career-high 16 in Game 4 — kept the Warriors in control of the game. Half of those boards were what you’d classify as “grown-man” rebounds. They were loud — deserving of a primal yell. Despite that, Wiggins maintained his trademark nonchalance.

But his scoring was anything but understated, though. It won the Warriors the game. The wing had a great first quarter (seven points) and an even better fourth (10 points on 5-of-6 shooting) to give Golden State an early lead and then pull away late. He capped the night with a thunderous slam. Just another poster in a playoffs where he’s created at least three.

“It’s something I dreamt about for sure, being in the league, and this is the ultimate stage,” Wiggins said after the game. “It doesn’t get bigger than this. I was out there being aggressive. It was a good game.”

Oh, and Wiggins was also the Warriors’ best defender on Monday, with apologies to Draymond Green and Gary Payton II.

Tatum’s minutes were matched with Jayson Tatum’s in Game 5 — it was like hockey line-matching. Wherever the Celtics star went, Wiggins was there. He fought like hell to not switch off Tatum, who ran through screen after screen to rid himself of Wiggins.

Tatum’s last made field goal with Wiggins defending him came with 10:17 remaining in the third quarter. He missed his next four shots when defended by Wiggins, shooting airballs on the last three attempts.

In all, Tatum ended the game 1-for-his-last-8, and the Warriors turned a one-point lead at the start of the fourth quarter into a lead as large as 16 before the starters exited the game.

I’ll say it for the millionth time this postseason, and the umpteenth time over the last eight years I’ve covered the NBA on a daily basis:

It’s their two-way ability that changes games. They can guard everyone on one end and get buckets against the toughest defenses on the other.

Indeed, Wiggins was the best wing on the court Monday, alongside the immensely talented Jaylen Brown and Tatum, an All-NBA First Team player and possible future NBA MVP.

He’s arguably been the best wing in this series.

It’s been 15 years since a non-wing has won NBA Finals MVP.

Only a fool would erase Curry’s first four games from the record, but Wiggins is part of the conversation for that award going into a possible clincher on Thursday night in Boston.

That’s the new reality for Wiggins.

Adjust your expectations of him accordingly.