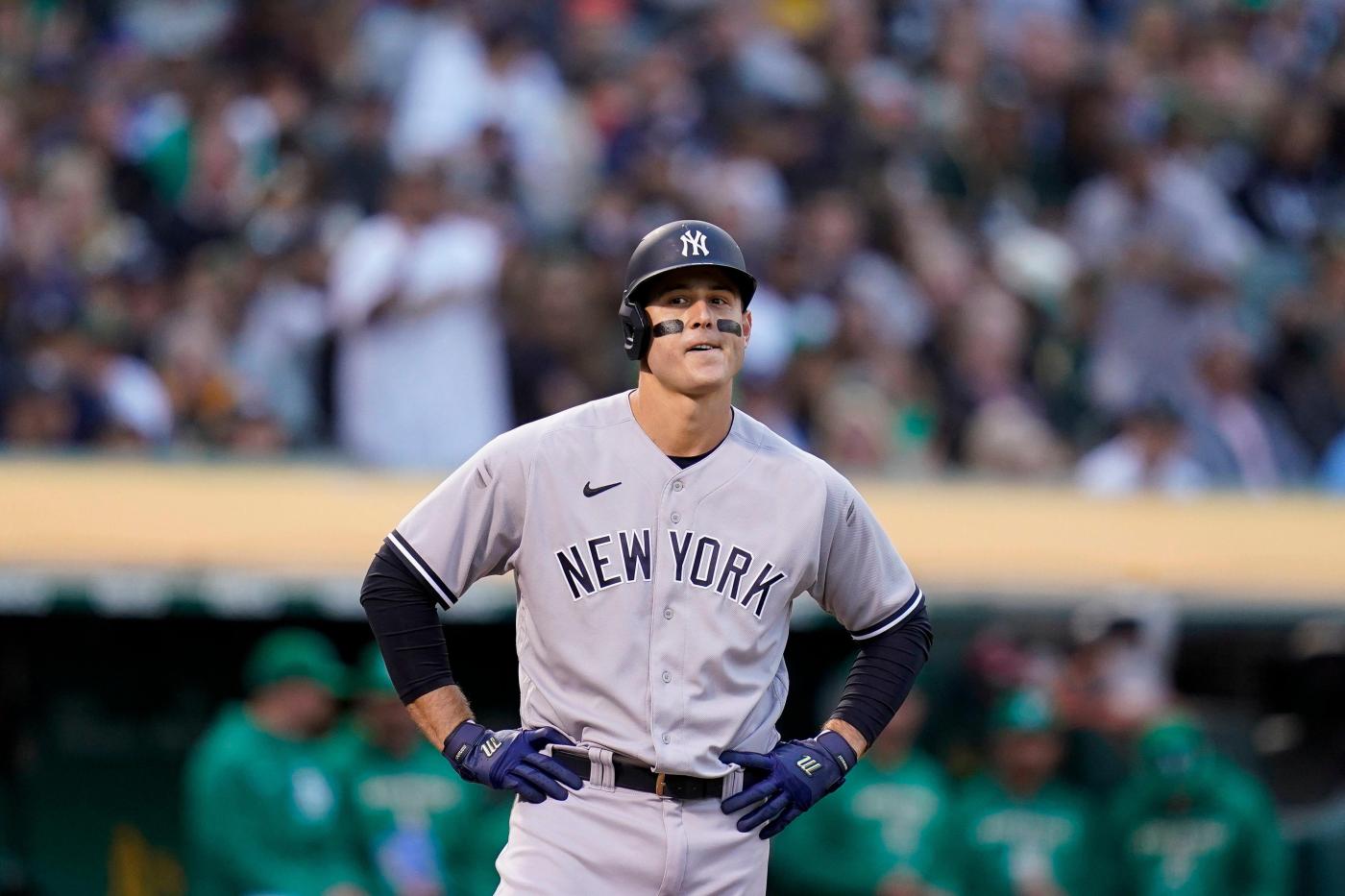 ST. PETERSBURG —  Anthony Rizzo did not make the trip from California to Tampa. The Yankees first baseman stayed on the West Coast to see a back specialist and could miss the series against the Rays, Yankees manager Aaron Boone told the Michael Kay Show Thursday. Rizzo has missed 10 games with the back issue since July 5.

Boone had vaguely said that Rizzo could miss a few days to deal with the back issue before Wednesday night’s devastating loss to the Angels. He also confirmed that he doesn’t expect Rizzo to have to go on the injured list.

The 33-year old first baseman was not in the starting lineup for Wednesday night’s game, but came in for defense in the eighth inning. Rizzo hit his 30th home run of the season Tuesday night, but afterwards, in the dugout between innings, he was wearing a large wrap with infrared heat on his lower back.

He missed five games in July and five in August with a lower back issue which he said he had gotten once a season over the last few years of his career. Since his last battle with this, Rizzo is hitting .212/.297/.394 with a .694 OPS, 23 strikeouts and three home runs in 74 at-bats.

Rizzo, who the Yankees acquired from the Cubs at last year’s trade deadline, singed a one-year contract this spring with a player option for 2023.