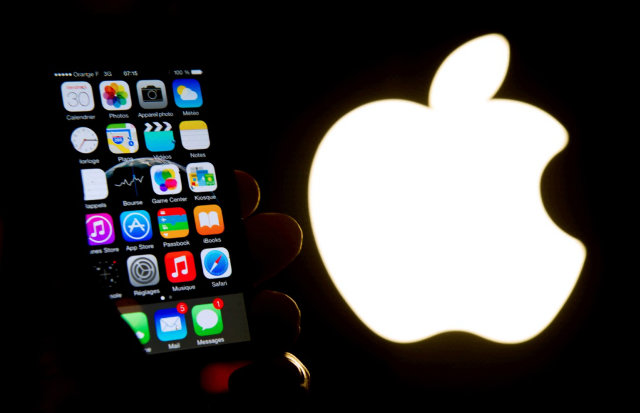 Apple Inc. is the latest major technology company to rein in hiring and spending plans, adding to the evidence that even Silicon Valley stalwarts are worried about a recession in the coming months.

The iPhone maker is looking to limit expenditures and job growth at some of its divisions, Bloomberg reported Monday, though Apple hasn’t adopted a companywide policy. The more cautious stance mimics the approach of its tech peers, including Amazon.com Inc., Alphabet Inc.’s Google and Microsoft Corp., which have all taken steps to decelerate spending.

For now, most of the biggest tech companies aren’t talking about eliminating jobs, just reducing the rate of hiring. And overall US job growth hasn’t stalled. Payrolls increased 372,000 in June, beating the 265,000 estimate, with manufacturing jobs helping bolster the numbers.

The US added 25,000 information jobs in June, putting that category 105,000 higher than just before the pandemic.

But some tech companies are going as far as cutting jobs. That includes Microsoft, which said last week that it was eliminating some positions as part of a reorganization.

The reduction affects less than 1% of its 180,000-person workforce, and Microsoft still expects to end the year with increased headcount. But it follows a move in May to slow hiring at the Windows, Office and Teams divisions “as Microsoft gets ready for the new fiscal year.”

Last month, Tesla Inc. laid off hundreds of workers and shuttered a California facility devoted to its Autopilot self-driving technology, according to people familiar with the matter.

Chief Executive Officer Elon Musk said earlier that layoffs would be necessary in an increasingly shaky economic environment. He clarified in a subsequent interview with Bloomberg that about 10% of salaried employees would lose their jobs over the next three months, though the overall headcount could be higher in a year.

Facebook parent Meta Platforms Inc. has cut spending and slowed hiring for some senior-level positions. In April, the company announced plans to slash expenses by $3 billion this year. The idea is to refocus Meta’s product teams on core priorities, like the metaverse and its TikTok clone, Reels.

Meta also halted development on one of its early smartwatch prototypes and repositioned its in-home video device, Portal, to focus more on business customers instead of regular consumers.

Last week, Google CEO Sundar Pichai told staff that the company planned to slow hiring for the remainder of 2022 — a rare move for the internet giant, which typically adds tens of thousands of employees every year. Google will be focusing its hiring on technical and “other critical roles” through this year and the next.

“We need to be more entrepreneurial, working with greater urgency, sharper focus and more hunger than we’ve shown on sunnier days,” he said.

Other companies are looking to wind down ambitious growth plans without the need for major layoffs.

Amazon staffed up during the pandemic so it could handle a surge in e-commerce spending. That’s now left it overstaffed in its warehouses, but the company has said it’s working through that problem with attrition.

In some cases, Amazon is subleasing warehouse space and has paused development of facilities meant for office workers, saying it needs more time to determine how much space employees will require for hybrid work.

Amazon CEO Andy Jassy said the company made the decision early in the pandemic to err on the side of having too many workers and too much warehouse space — rather than too little.

“We knew it might mean that we might have more capacity for some short period of time,” he said.

A key question during the latest earnings season is whether demand from consumers has softened. Apple warned in April that the latest quarter would be bumpy, but mostly because of supply-chain challenges.

Those problems are expected to erase as much as $8 billion from Apple’s sales in the quarter. Investors should get a clearer picture of the damage — and Apple’s outlook for the coming months — when it reports results on July 28.