Are Biden, Feinstein too old to do their jobs? 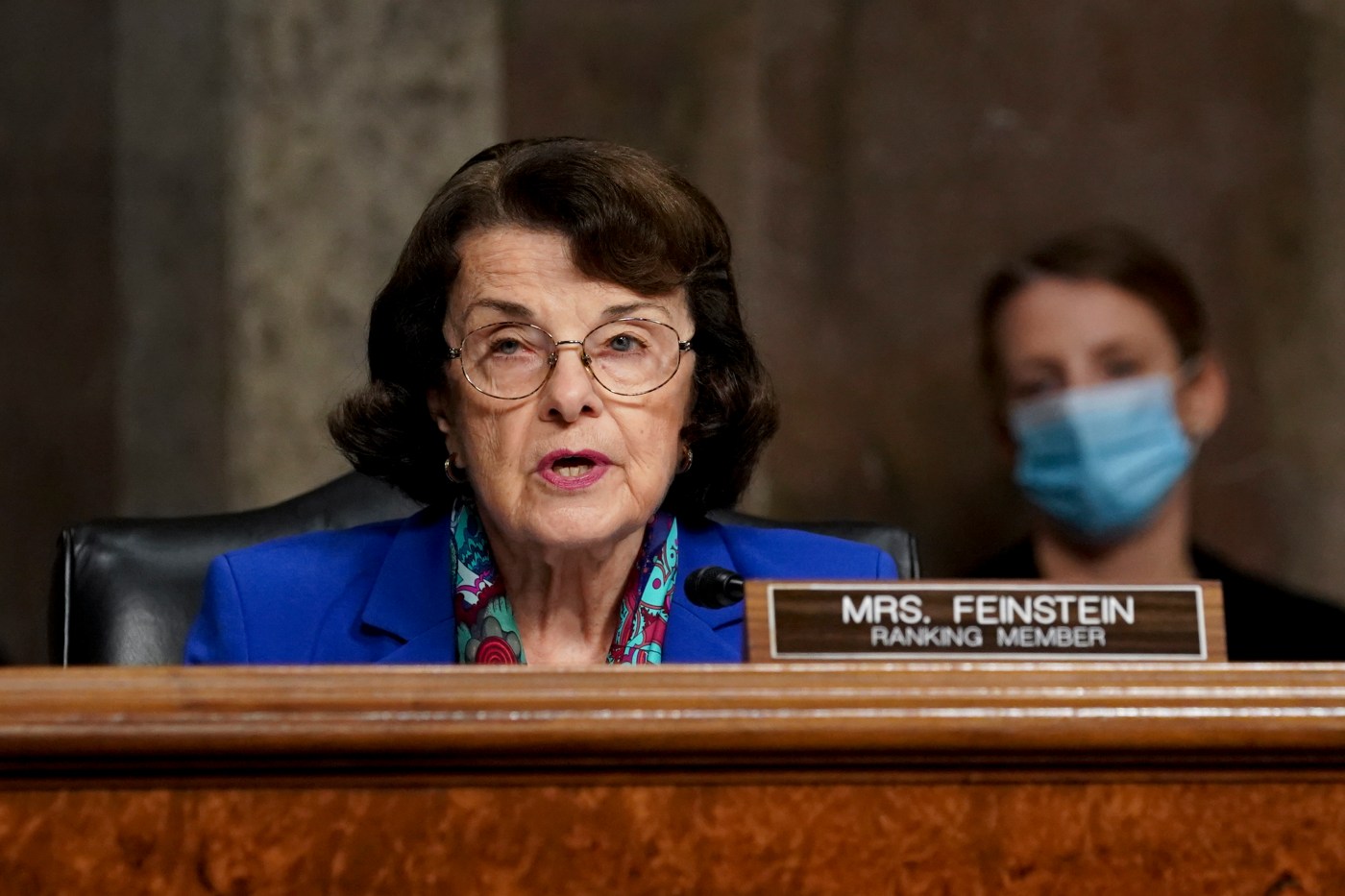 In last week’s issue of New York magazine, two photos of Sen. Dianne Feinstein are laid out side by side.

In the first, from 1971, she is smiling broadly, hair bobbed, wearing pearls — the first female president of the San Francisco Board of Supervisors. She’s about 38 years old.

On the facing page is Feinstein today, half a century later, in almost the same pose and pearls, but now her face is deeply lined, her shoulders hunched, her expression substantially less joyous. She looks irritated. The caption: “The oldest sitting U.S. senator.”

It should go without saying, of course, that there’s no shame in getting old. Each of us, if all goes well, will someday get wrinkles and our hair will thin and, over time, our strength and vitality will decline.

But Feinstein, who turned 89 last week, has kicked off a heated national debate by refusing to step down from her job even as people begin to clamor about her age and competence.

And she is hardly alone among her peers in clinging to power as she ages. Famously, Ruth Bader Ginsburg sat unbudgingly on the Supreme Court until she died at age 87. (Remember how she fell asleep during the State of the Union address in 2015?)

Incumbency turns out to be a very pleasant place, and power an aphrodisiac that is difficult to give up — to the point that the word “gerontocracy” has suddenly become common.

Is this a problem? I think it is. In Feinstein’s case, it is especially so because of the parade of reports on her cognitive diminishment, including a San Francisco Chronicle article in which sources described her memory as “rapidly deteriorating” and a New York Times story that described her increasing “befuddlement.”

But even beyond the issue of cognition, isn’t there a point at which we all become slower, less relevant and less attuned to the changing world around us?

I realize that people live longer these days and that some people are more competent than others as they age (and that voters theoretically take that into account at the polls). But I still think it’s troubling to be led by so many people who came of age in a distant, nearly unrecognizable era. At some point, government becomes sclerotic, stagnant and backward-looking and requires new blood.

The two most prominent exemplars of the trend are Donald Trump and Joe Biden. In 2017, Trump was the oldest person ever to become president. He was 70. Four years later, that record was smashed by his successor, Biden, who was 78 when he was sworn in.

And now — and this is the mind-boggling part — both Trump and Biden are thinking of running again.

Call me ageist, but I’m not the only one worrying about this. A recent article said that Democratic leaders all over the country are concerned about Biden’s age, vigor and political viability and that many don’t want him to seek another term. If he were to win, he would be 86 at the end of it. Trump would be 82.

A recent YouGov poll found that 58% of Americans support an age limit for elected officials.

And it’s not just the presidency. Eleven sitting U.S. senators were born while Franklin D. Roosevelt was president. Thirty-three senators are 70 or older. Only one is under 40. (The median age in the U.S. is 38.1 years.)

Studies suggest that between 15% and 25% of people over 65 suffer from mild cognitive impairment. But physical problems also need to be considered. Many remember when an ailing 92-year-old Sen. Robert Byrd (D-W. Va.) was rolled onto the Senate floor in his wheelchair to vote for Obamacare. (He missed 40% of the votes that year.)

One way to address these problems would be to enact an upper age limit for public officials. The Constitution already sets lower limits. You have to be at least 25 to become a member of the House of Representatives, 30 to be a senator and 35 to be president.

Congress in 1986 made mandatory retirement ages for most professions illegal in an effort to fight age discrimination. But certain sensitive jobs — including in some cases, judges — are exempt. Presumably elected officials could be exempted too.

Or maybe that’s going too far. Maybe we don’t want to force out people who are still performing at a high level. In that case, we could simply require candidates or sitting government officials to undergo a thorough nonpartisan medical review to assess their physical and mental health after, say, 70.

Or we could enact term limit laws. Senators, for instance, might be held to two six-year terms. That wouldn’t be an age restriction, but it would clearly reduce the number of older senators.

Otherwise, there aren’t too many ways to nudge people out. (Political scientist Larry Sabato told the Washington Post about Sen. Ted Green of Rhode Island, who finally retired in 1961 at age 93 when his staff “forgot” to file his reelection paperwork.)

In 2019, former President Jimmy Carter — who is still legally entitled to one more term if he chooses to run again — pointed out that presidents need to be intellectually flexible and attuned to new ideas and acknowledged that he couldn’t have handled the job even at age 80.

Which is why, for the moment, we have to rely on the good sense of our leaders to know when they’ve served long enough, and to get out of the way when the time is right.