As California starts over on concealed gun law, another sheriff faces permit questions – The Mercury News 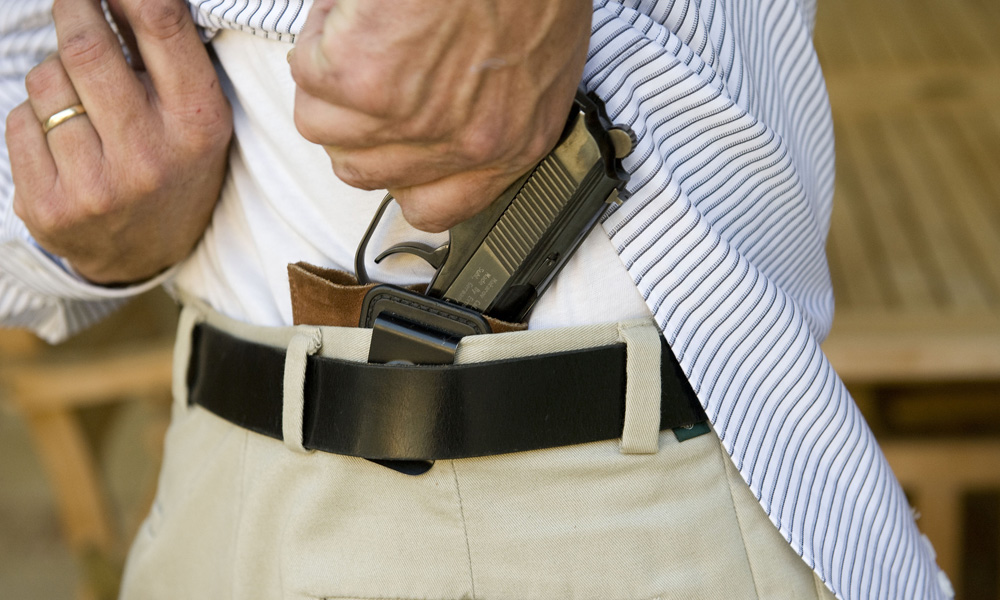 California has been hailed as a model for gun laws by those who favor tough restrictions, but the Golden State’s effort to limit who can carry a concealed weapon in public has looked more like a misfire.

Since the U.S. Supreme Court in June ruled the state’s concealed gun laws run afoul of the Second Amendment right to bear arms, California lawmakers have tried and failed to pass an alternative. In the meantime, a second sheriff now faces questions about whether favoritism influenced who got licensed to pack heat, fueling perceptions the state’s rules were not only unconstitutional but also recipes for corruption.

State Senator Anthony Portantino, D-Burbank, said the state is seeking to devise “objective criteria” for concealed weapons permits that “will both comply with the Supreme Court and make the system uniform and less likely to be prone to cronyism.” But Portantino’s concealed weapons bill died last month because some legislators who worried the new criteria still went too far to limit the permits wouldn’t support it.

At issue is a long-established system in California and a handful of other mostly Democrat-run states that had aimed at tamping down gun violence by making it illegal for most people to carry guns in public. Those states said sheriffs and police chiefs may issue permits to carry a gun if they decide the applicant has a good reason.

But California’s concealed gun permit rules were unevenly administered. In about half the state’s counties — typically urban and politically liberal — police chiefs and sheriffs have made them hard to get, while in rural and conservative counties, they have issued them more freely.

Smith was more tight-fisted with the permits overall, making her a target from gun owners who said she played favorites when she did grant them, while Villanueva had made a point of making them broadly easier to obtain than his predecessors had.

A civil grand jury in December alleged Smith leveraged her control over the permits for political favors. The Los Angeles Times reported Sept. 15 that among the thousands of people who got concealed carry weapon permits under Villanueva were dozens of his campaign donors and others with ties to the sheriff.

Both Smith and Villanueva have denied they tied gun permits to campaign donations.

The Supreme Court’s June decision in a New York case said that making gun owners prove a need to carry their weapon outside the home runs afoul of their Second Amendment right to bear arms. The court noted its decision would apply to other states with similar discretionary permitting rules: California, Hawaii, Maryland, Massachusetts and New Jersey.

Gun-rights groups cheered the ruling and argued for rules like those that already exist in more than 40 states: Law enforcement must issue carry permits to gun owners who meet basic criteria such as a training course and clean criminal record.

“The Supreme Court has made clear that subjective standards are unconstitutional,” said Brandon Combs, president of the Sacramento-based Firearms Policy Coalition, adding that any new state law that doesn’t meet that standard will be “litigated aggressively.”

Gov. Gavin Newsom called the Supreme Court ruling “shameful” and urged swift action to restore as much of the state’s permit system as possible. As a result, Portantino wrote a bill instituting sharp limits on where concealed weapons could be carried, and taking effect immediately upon being signed into law. That “urgency clause” meant the bill would have required a two-thirds vote in the Legislature instead of a simple majority.

Although Portantino’s fellow Democrats have a supermajority in the state Legislature, the bill failed by a single vote on the last day of the legislative session Aug. 31, when seven Democrats abstained or joined Republicans in opposition. Most of the seven Democrats are from Central Valley swing districts where gun restrictions aren’t popular.

Gun opponents afterward urged Newsom to call lawmakers back for a special session, noting other states like New York already have approved new laws after seeing a spike in permit applications. But there has been no indication that Newsom will do that.

“A dangerous Supreme Court decision recently put California families and communities at risk, yet last night too many of our representatives disregarded that danger and neglected to take action,” said Shannon Watts, a California resident and founder of Moms Demand Action.

Portantino’s bill seeks to limit the number of concealed weapons permits with provisions barring guns from playgrounds, polling places and hospitals, expanding training requirements for concealed carry and raising the age to carry a handgun in public from 18 to 21.

It’s unclear what if any harm will come over the months it will take to pass a new bill. Attorney General Rob Bonta, who stood arms crossed on the Assembly floor as the Portantino bill went down, said, “We do not have time to put our heads in the sand and hope for the best, we must act now.”

But the Attorney General’s office could not provide any information indicating a significant increase in gun permits being requested or issued since the Supreme Court ruling.

Bonta issued a reminder to law enforcement following the decision that they should “continue to apply and enforce all other aspects of California law” for gun permits including requirements for fingerprinting, background checks, training, proof of residency in the jurisdiction and a finding that “the applicant is of good moral character.”