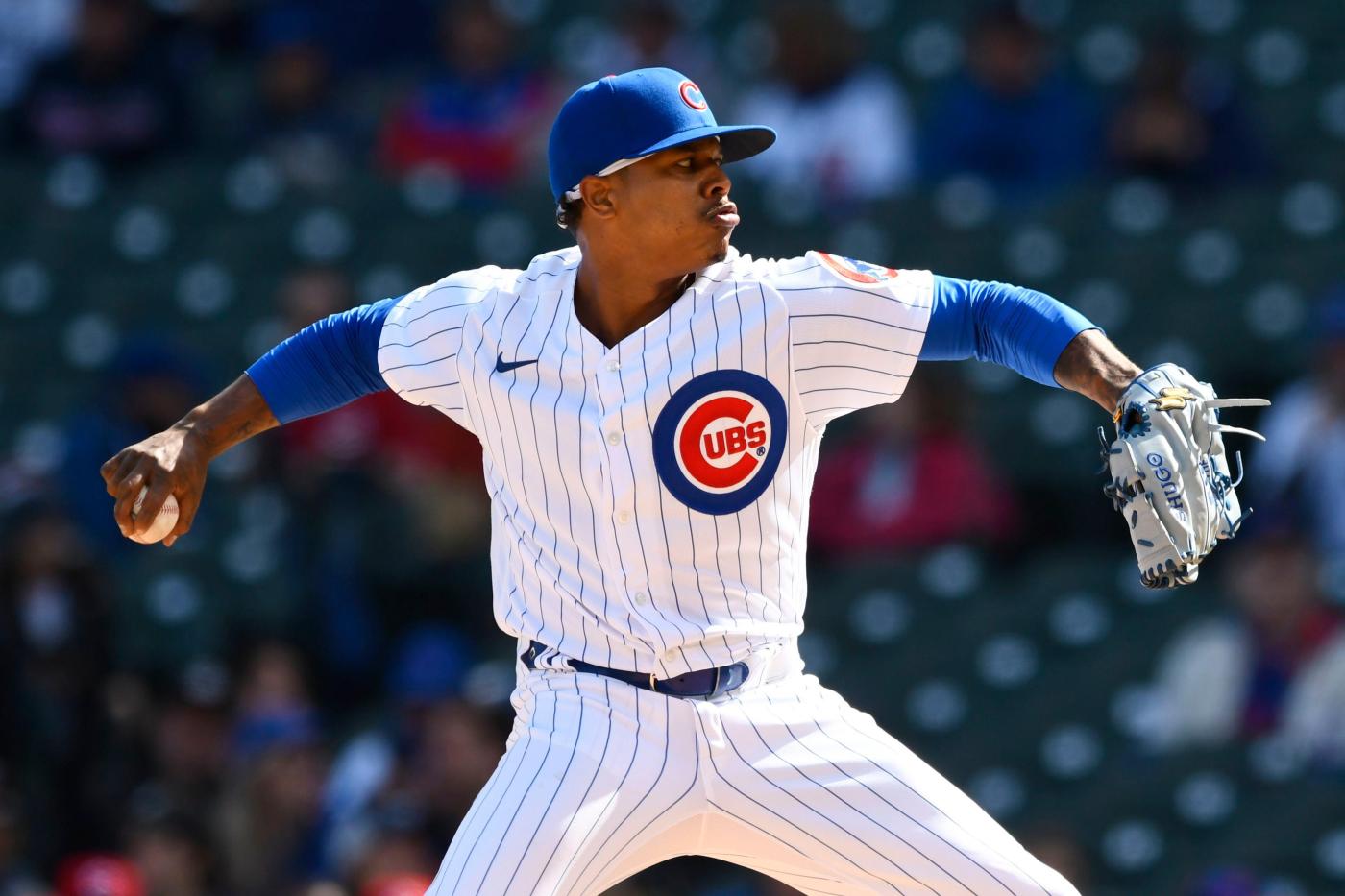 Chicago Cubs players and coaches gathered along the foul line near third base, clapping in unison while “Go Cubs Go” blared across Wrigley Field for the final time this year.

The celebration after an 8-1 win Sunday against the Cincinnati Reds continued the team’s postgame tradition throughout the season, a sing-along to the song synonymous with home victories. Willson Contreras lingered afterward, taking in the scene as he slowly made his way behind home plate, where he was greeted by family.

Sunday’s game likely was Contreras’ final home game at Wrigley. Although he proclaimed at the beginning of the homestand he would consider accepting a qualifying offer from the Cubs, the expected outcome is the sides parting ways when Contreras explores free agency in the offseason. That’s what fueled him to return to the lineup from a left ankle sprain for the final six home games.

“I don’t know what the future holds,” Contreras said Sunday. “I don’t know if this is going to be my last game with the Cubs or not. … Because I play for one of the best fan bases in baseball and they make this place special — I’ve been here a long time and I just wanted to take my moment out there. I appreciate where I’ve played for the last six years.

“Since the moment that I got here, I knew this could have been my home for my entire career. But I got to the moment in my career that is like a dream come true. I’ve earned my spot in free agency and I’m looking forward to it.”

Manager David Ross removed Contreras for a pinch runner after he walked in the bottom of the eighth, his only time on base Sunday. As Contreras jogged back to the dugout, fans gave him a standing ovation, his third of the game. Ross greeted Contreras in the dugout with a hug.

“He’s been a part of so much winning here and from early on and being a World Series starting catcher (in) Game 7, I mean just having that on your resume, right there’s pretty special,” Ross said. “And then going through all that’s gone on here, it was nice for him to get some love.

“He’s gotten a lot of moments of love this year. It looked like he was taking those in. Those are special, special things that you don’t ever forget as a player when you get to get to do that.”

The Cubs went 6-0 on the homestand, part of a season-high seven-game winning streak that ensures they will avoid a 90-loss season with three games left in Cincinnati.

The Cubs (73-86) finished the home schedule with a paid attendance total of 2,616,780 at Wrigley Field. That’s their lowest home total since 1997, excluding the pandemic-affected 2020 and ‘21 seasons that featured either empty or limited-capacity ballparks.

The Cubs likely will finish between seventh and 10th in the majors in home attendance.

Their feel-good vibes after Sunday’s victory extend only so far. This is a roster that needs big offseason upgrades via a free-agent class with elite talent. To the credit of Ross and the coaching staff, the Cubs have continued to play hard despite their record. But effort goes only so far.

Adding a top starting pitcher to pair with right-hander Marcus Stroman should be part of the plan. Stroman will be an important piece of the rotation as he looks to carry over a strong second-half performance. His six shutout innings Sunday closed out his first season in Chicago.

The 31-year-old finished with a 3.50 ERA and a 1.147 WHIP in 138⅔ innings over 25 starts. Stroman overcome a slow start, getting roughed up in early April and in an awful June 3 outing before going on the injured list with right shoulder inflammation.

He got on a roll once he returned in early July, posting a 2.56 ERA over his final 16 starts.

“A lot of people can kind of cash it in mentally, physically, emotionally,” Stroman said. “And I had close to a 6.00 ERA after my first few starts, so it’s just a product of all the work that goes into it.

“I’m someone who never gives up regardless of if I’ve had 10 bad starts or 10 great ones. I’m truly adapting and changing and working in between each and every start. I can’t wait until next year.”