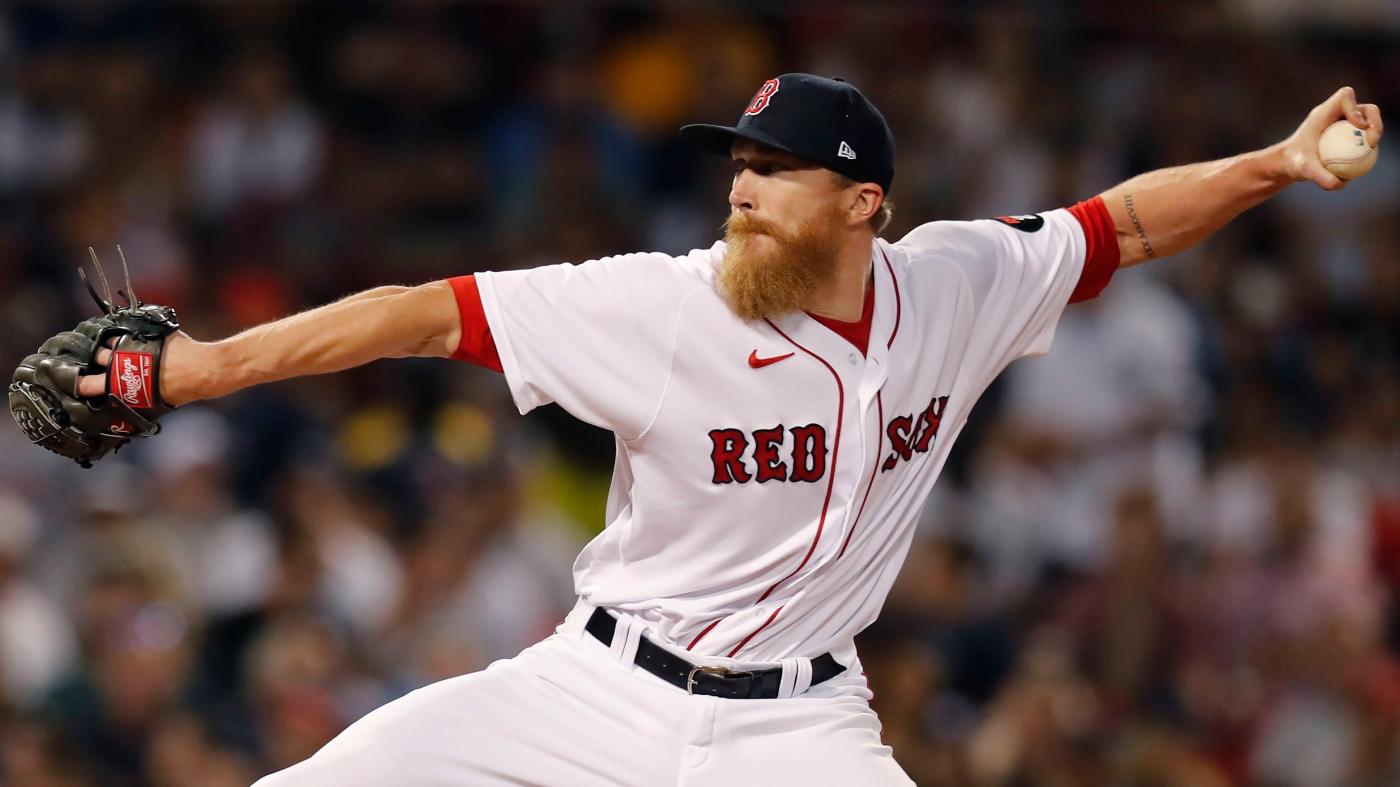 Liam Hendriks dug into his Australian rules football terminology to describe where the Chicago White Sox stood at the start of August.

The Sox fell three games behind the first-place Minnesota Twins in the American League Central after opening a three-game series against the Kansas City Royals with a 2-1 loss Monday night at Guaranteed Rate Field. They’re in contention despite being .500.

“Five hundred is like the Mendoza Line for us this year. But we’re coming into this stretch of games — I think I’ve said it enough times — it’s an important stretch. At some point we need to define our season and make an impact.”

The trade deadline looms at 5 p.m. Tuesday, and the Sox made a move Monday, acquiring reliever Jake Diekman from the Boston Red Sox in exchange for reserve catcher Reese McGuire and a player to be named or cash considerations.

He is signed through next season with a club option for 2024.

Hendriks said Sunday the front office has come to players for input on potential additions.

“That’s what I love about the front office here,” Hendriks said. “They ask guys: ‘How is this guy in the clubhouse? How is this guy as a person? This guy on the field?’ It could be the perfect fit but the guy can be (a jerk) and change the morale of this clubhouse.

“You never want to bring in those trouble guys … especially when we have a tight unit in here. We want to make sure anyone who comes fits that mold and gets along with everybody.”

Hendriks recalled how trades provided a lift when he was on the 2015 Toronto Blue Jays.

“A .500 team at the deadline and we went out and got (Troy) Tulowitzki, LaTroy Hawkins, Cliff Pennington, David Price, among other guys in there that completely changed the trajectory of the season, and that’s something the front office does a lot,” Hendriks said. “It’s a morale booster you can get here that can completely swing the momentum of things.”

The Sox remain a confident group, Hendriks said, “because you see what kind of talent level is in this clubhouse.”

“It’s not like we’re playing over our skis,” he said. “We have underperformed as a unit and that’s something everyone in this clubhouse understands. That doesn’t give us any leeway in the fact we still need to do what we can do.

“We understand we haven’t lived up to our potential but we need to find that potential. If we do, we can win the division … especially with the schedule laid out ahead of us.”

“Be careful with him,” La Russa said of the team’s approach. “He is getting better, so our fingers remain crossed.”

Robert has been on the injured list retroactive to July 19 with blurred vision.

He started a rehab assignment Thursday with Triple-A Charlotte but was out of the lineup Friday with cold symptoms. He returned to Chicago during the weekend and played catch with the training staff in the outfield before Monday’s game.

La Russa said it’s “unlikely” Robert would be ready to play in the series against the Royals.

As for rejoining Charlotte to continue rehabbing, La Russa said, “That’s something we’ve talked about,” but no decision has been reached.

“The first thing is just get him game ready, one thing at a time,” La Russa said.

Pitcher Vince Velasquez is joining Charlotte on a rehab assignment. He went on the IL on July 6 with a blister on his right index finger.