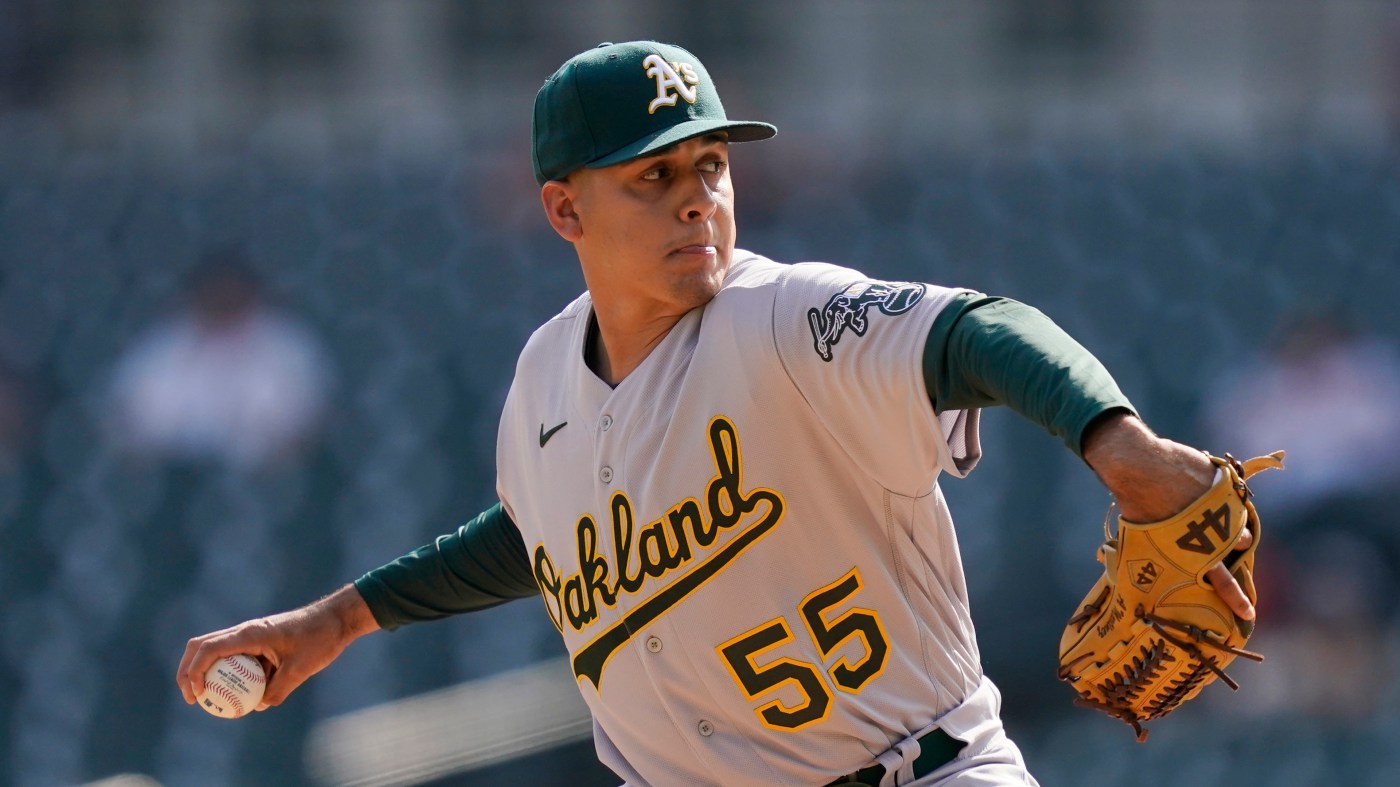 Adrian Martinez, who pitched scoreless ball into the sixth inning in his lone start in May and was promptly returned to the minors, will get another shot with the Athletics.

Martinez will assume the spot of left-hander Jared Koenig, who was optioned to Triple-A Las Vegas after taking four turns in the rotation and going 1-2 with a 6.38 earned run average.

“Adrian Martinez will be back with the club tomorrow and will start in Seattle,” Athletics manager Mark Kotsay said Wednesday before the completion of a three-game road series against the New York Yankees.

Martinez will start Thursday night against the Mariners’ Logan Gilbert (8-3, 2.44). On May 10, Martinez was brought up from Las Vegas as the 27th roster spot, started against Detroit in the second game of a doubleheader and although he pitched well, was promptly returned to the Aviators following the game. He pitched 5 1/3 innings in a 4-1 win, gave up four hits and no runs.

Acquired in the trade that sent Sean Manaea to the San Diego Padres, Martinez is 4-3 with a 5.63 earned run average in Las Vegas. He’s given up 67 hits in 63 innings with 23 walks and 73 strikeouts.

“Vegas is a tough place to pitch and if you look at the numbers it doesn’t tell the whole story,” Kotsay said. “Watching him pitch in Detroit, he threw the ball pretty well, threw strikes, threw the sinker, the change-up and had a slider to go with it. For us to give him another opportunity, we feel good about that.”

Kotsay stopped short of saying Martinez, 25, would get an extended look in the rotation.

“I think we’ll take it one start at a time in terms of an evaluation,” Kotsay said. “I don’t want to get ahead of ourselves in terms of commitments.”

Lowrie to I.L.?: DH/infielder Jed Lowrie has been used sparingly of late and remains mired in an 0-for-25 slump.

Lowrie has been attempting to rehab a shoulder injury and could at some point still be headed for the injured list.

“Jed’s left shoulder has been an issue,” Kotsay said. “We’re giving him this opportunity to see if he can get his strength back. He’s available, but at this point we’re trying to give him as much time as possible. But that option (the injured list) still isn’t out of the question.”

Seth Brown, who had an infield single Tuesday night in his only appearance in the Yankees’ series, starts at first base and bats second with New York starting right-hander Jackson Taillon. Nick Allen, who has made sparkling plays at second base the last two games, moves to shortstop as Elvis Andrus gets off his feet and will be the designated hitter.