Athletics can’t build on momentum in loss to Cleveland 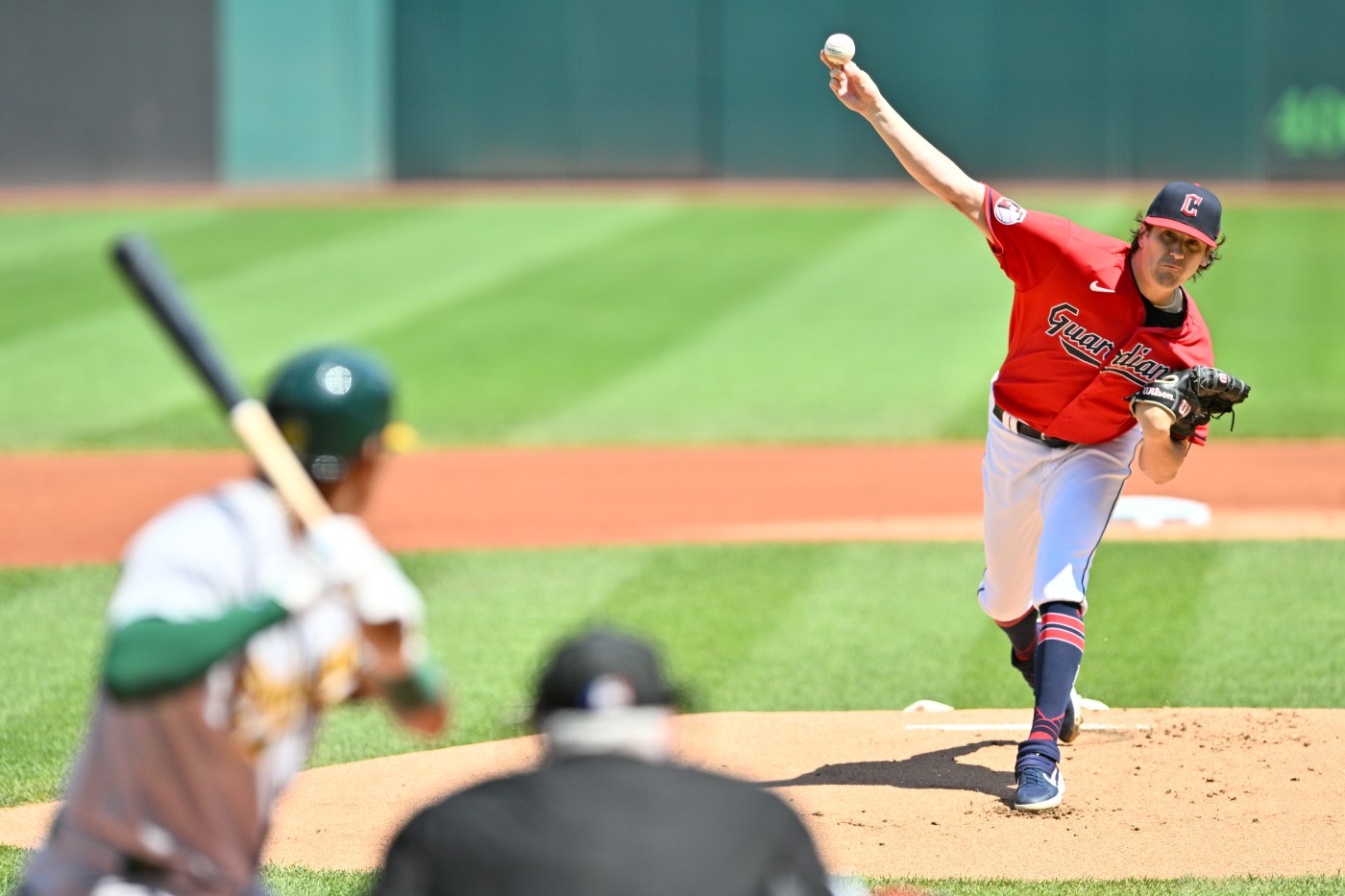 The Athletics initially picked up where they left off Sunday but their bats quickly went quiet in a 6-3 road loss to the Cleveland Guardians.

A first-inning home run by Ramon Laureano was cause for hope they could build on Saturday’s 10-5 win which snapped 10-game losing streak. But Cleveland struck back immediately for three runs in the bottom of the inning against Cole Irvin and two more in the sixth of a game that began at 11:35 a.m. on the East Coast.

Irvin fell to 2-3, with Quantrill improving to 3-3. Neither saw the seventh inning. The Athletics dropped to 21-41 on the season, with Cleveland improving to 29-27. The home run by Laureano was his eighth of the season.

The Athletics haven’t won back-to-back games since May 24-25 in Seattle, at which time they were19-27.

Trailing 6-1, the Athletics staged a late uprising in the eighth when Christian Bethancourt and Seth Brown went back-to-back with solo home runs in the eighth inning against Trevor Stephan. It was Bethancourt’s fourth of the season and third of the series, going 9-for-17 against Cleveland. Brown’s was his eighth of the season, a day after his grand slam helped snap the losing streak.

Irvin, who got the last two outs of the first inning on a double play, retried the next 12 batters over four innings before Cleveland added on with a pair of runs in the sixth — an RBI double by Amed Rosario and a run-scoring single by Josh Naylor.

on a scale from one to ramón how awake are you right now? pic.twitter.com/sx7h3xx4QU

Myles Straw opened with a single, and came all the way around to score when Rosario’s double rattled into the left field corner. Irvin got the next two hitters, but left an 0-2 pitch in the zone that Naylor hit over the outstretched glove of Elvis Andrus at short for a 5-1 lead. A run-scoring fielders’ choice with the bases loaded against the A’s Adam Oller added another run in the seventh.

Cleveland jumped on Irvin in the first inning for a two-run double by Jose Ramirez and a seeing-eye ground ball single through a drawn in infield by Owen Miller for a 3-1 lead.

Straw reached base when a comebacker glanced off the glove of Irvin and appeared to surprise Andrus, who mishandled the relatively slow moving ball for an error.

Austin Pruitt came on and got Ernie Clements on a comebacker to end the inning.

Irvin threw 80 pitches in 5 2/3 innings, giving up four earned runs and with a walk and five strikeouts.

Rosario doubled, and then Ramirez laced a double to left to bring in two runs. Irvin got Oscar Gonzalez on a grounder, and Miller followed with his run-scoring single.

Quantrill gave way to Bryan Shaw to open the seventh, having given up four hits and one earned run on the first-inning home run to Laureano. He walked two, struck out four and threw 90 pitches — 61 of them strikes. Emmanuel Clase pitched the ninth for Cleveland for his 11th save.

Laureano’s home run in the first was their fifth home run in seven innings going back to Saturday’s late outburst.  The ball left at 107.2 miles per hour and traveled 401 feet.

The Athletics could do little with Quantrill but staged at two-out rally in the sixth on a double by Christian Bethancourt and a walk to Seth Brown. The two executed a double steal to put runners at second and third, but Sean Murphy popped out in foul territory to Naylor at first, who caught the ball as he tumbled to the ground after narrowly missing a collision with Quantrill.

The Athletics get Monday off and then visit the Boston Red Sox Tuesday through Thursday.

Jared Koenig, the 28-year-old rookie left-hander from Aptos, gets his second start for the A’s Tuesday night. He’s followed by James Kaprielian and Paul Blackburn in the rotation. Boston hasn’t announced its starting rotation for the series.