Athletics hurt by long ball again in loss to Giants 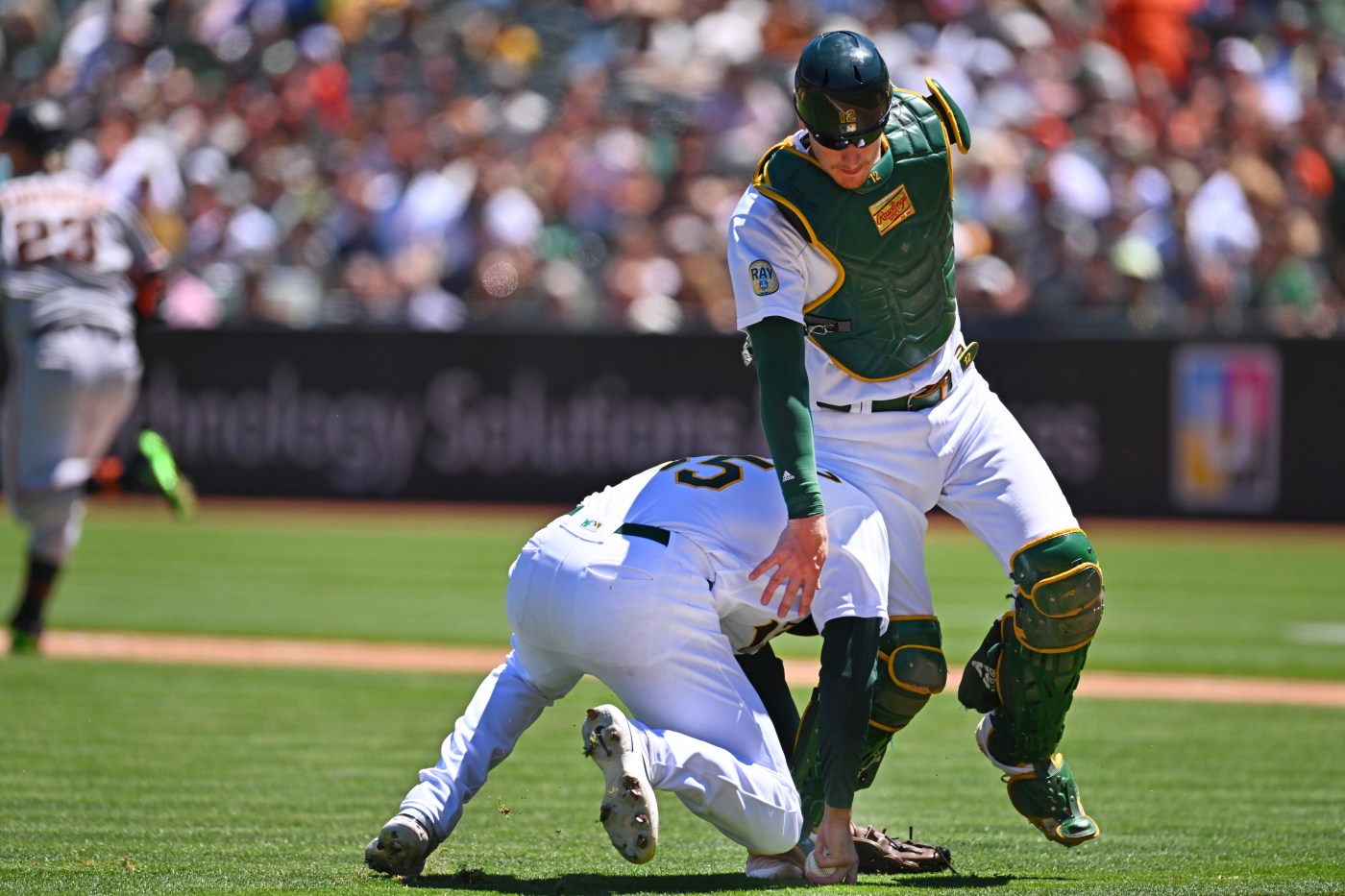 OAKLAND — Athletics pitchers Adrian Martinez and A.J. Puk gave up home runs on 0-2 counts, contributing to a 6-4 loss Sunday to the Giants at the Coliseum.

Mike Yastrzemski connected against Martinez in the third and Estrada hit a two-run shot against Puk in the sixth as the A’s were swept against their cross bay rivals in a two-game series and fell to 41-68.

Yastrzemski added a second home run, this one on a 1-1 pitch against Austin Pruitt in the eighth inning, to drive in two more runs in front of a split crowd of 31,605. The home runs were his 10th and 11th of the season.

The three home runs allowed pushed the Athletics’ total over the last three games to 13, which includes giving up seven solo home runs Thursday in a win over the Angels. The offense was more than enough for Giants starter Logan Webb, who gave up two runs in seven innings with three walks and five strikeouts and improved to 10-5. He threw 97 pitches, 60 for strikes. It was the fifth loss in the last seven games for the Athletics.

After Webb departed, Seth Brown hit a two-run home run against Dominic Leone in the eighth inning to bring the Athletics within two runs. It was Brown’s 17th home run of the season.

The A’s put two runners on with one out against Giants closer Camilo Doval in the ninth, but Brown struck out and Jed Lowrie grounded out to to short to end the game. It It was Doval’s 14th save of the season.

The A’s got within 4-2 in the seventh when Vimael Machin walked, Nick Allen grounded a single to right and Machin came around to score on consecutive ground outs by Skye Bolt and Tony Kemp against Webb.

Puk came on to pitch the seventh inning and walked pinch hitter Wilmer Flores to lead off the inning. He got ahead of Estrada with two strikes, only to give up a two-run home run to deep left center that put the Giants up 4-1.

Martinez, who was called up from Triple-A Las Vegas to make his fourth start, gave up two earned runs with one walk and five strikeouts in 4 1/3 innings before giving way to Sam Moll. He took the loss and fell to 2-3.

Yastrzemski hit a solo home run leading off the third after falling behind 0-2 to Martinez. In the top of the fifth, Austin Slater hit a pinch double which bounced over the head of Kemp in left against Moll, who came on with two on and one out. Moll ended up escaping further trouble in the inning.

The A’s broke through against Webb for the first time in the fifth inning, with Machin getting the first hit on a double down the left field line. He went to second on an infield error by Brandon Crawford and scored when Bolt bounced a single up the middle to bring the Athletics within 2-1.