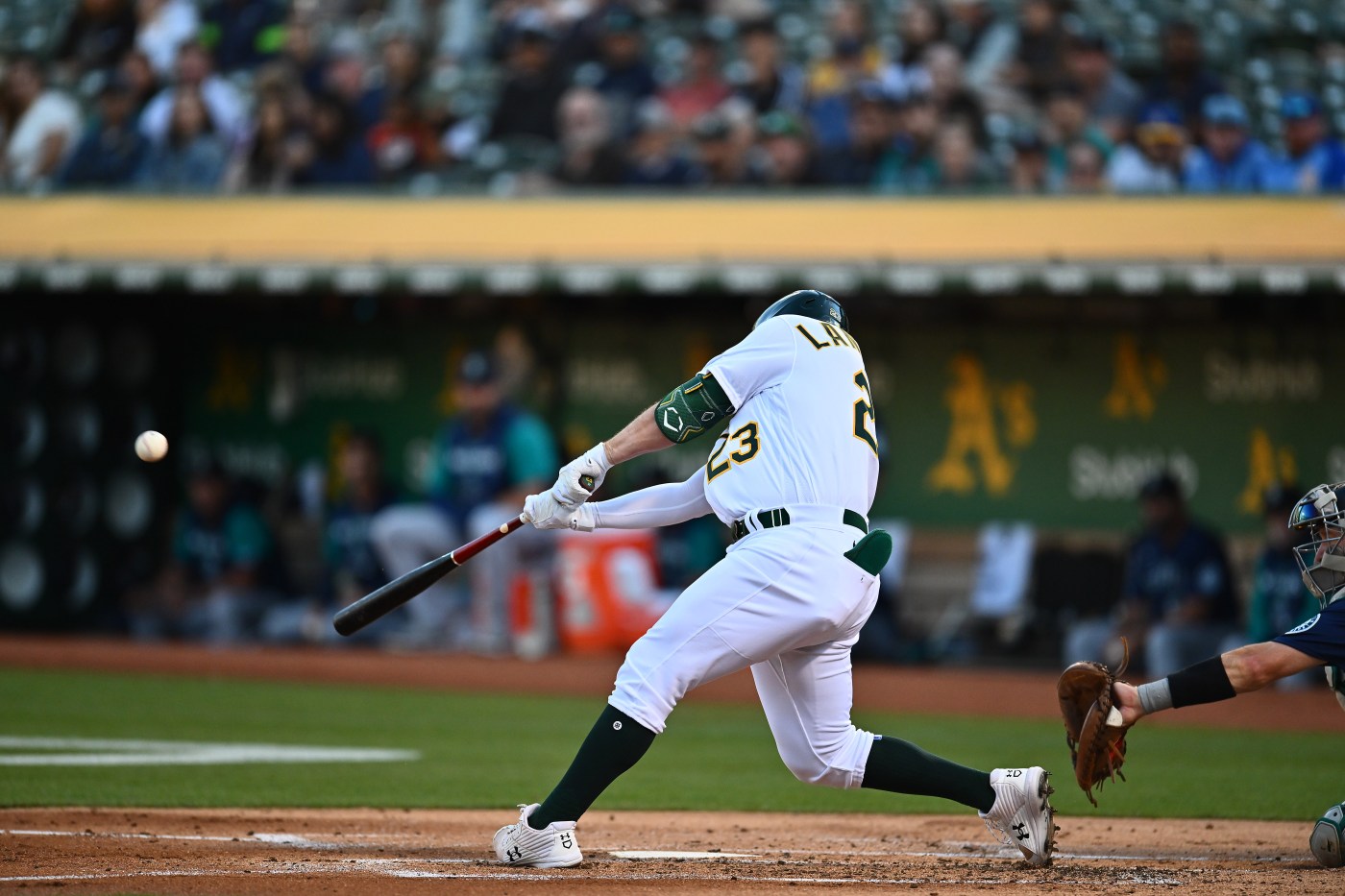 OAKLAND — The Athletics are in the stretch drive to more than 100 losses, and evidence gained in a 10-2 loss to the Seattle Mariners Friday suggests things aren’t going to get any easier.

Eugenio Suarez drove in five runs with a pair of homers against Cole Irvin and the A’s couldn’t come through offensively with runners on base in the first game of a 10-game homestand before a fireworks crowd of 16,912 at the Coliseum.

The home runs were the 21st and 22nd of the season for Suarez and the 16th and 17th allowed by Irvin, who fell to 6-11. Left-hander Marco Gonzales (8-12) was the winner for Seattle, going 5 1/3 innings and getting help from four relievers.

The Athletics fell to 43-77, while the Mariners, who have beaten the A’s eight times in 11 games, improved to 66-54 and remain in the top position for the three American League wildcard playoff spots. Seattle has won its last 10 games at the Coliseum.

The Athletics have 42 games remaining, and run a gauntlet of teams in playoff contention, with 28 games coming against teams that at present have winning records. Headed in the opposite direction, the A’s have won four of their last 18 games.

“We’re going to have to buckle down, play good fundamental baseball and continue to fight the way that we have all season,” A’s manager Mark Kotsay said before the game. “We’ve beaten good teams. We’ve beaten teams with winning records. That’s our mindset.”

Irvin breezed into the fourth, but gave up a one-out single to Mitty High product Mitch Haniger and then served up the two-run home run to Suarez on a 1-1, waist-high breaking ball to put Seattle up 3-2.

The A’s set the table for another Suarez bomb in the sixth, with Jesse Winker drawing a walk against Irvin, followed by an error by shortstop Nick Allen. Suarez made them pay, hitting a 2-1 pitch over the center field fence for a 6-2 lead.

“That definitely hurt,” Allen said. “Irvin was battling out there. I’ve got a play to make, I tried taking my time and it slipped on the transfer.”

Kotsay said Irvin’s final line didn’t represent how well he pitched. Irvin, however, said his body never felt in synch with his arm and acknowledged the two big mistakes.

“I gave Suarez two good pitches to hit out and he hit both of them,” Irvin said. “Just a night where I didn’t get away with bad pitches. That’s kind of how it goes sometimes.”

The Athletics got to Gonzales for two in the first on Chad Pinder’s first-pitch RBI single to left and a sacrifice fly by designated hitter Shea Langeliers. Two free runners came in to score, as Jonah Bride was hit by a pitch with one out and Sean Murphy followed with a walk.

The second run was unearned, as Murphy was able to advance on an outfield throwing error following Pinder’s single.

— Norge Ruiz made his big-league debut, pitching the seventh inning and giving up two unearned runs because of a misplay by right-fielder Seth Brown on a fly ball off the bat of Rodriguez. In the eighth, Ruiz gave up four singles in two-thirds of an inning, including run-scoring singles by Jake Lamb and France.

— The A’s had the bases loaded with one out in the sixth, but Matt Brash relieved Rodriguez and struck out pinch-hitter Vimael Machin (for Sheldon Neuse) and got pinch-hitter Tony Kemp (for David MacKinnon) on an infield grounder.

— Errors by Allen and Brown give the A’s 72 for the season, the fourth-most in the majors and the same number they had last season in 162 games.

— A’s fans in the Treehouse beyond the left field bleachers were entertained by NBC California analyst Dallas Braden doing commentary in the stands — at least some of it shirtless.