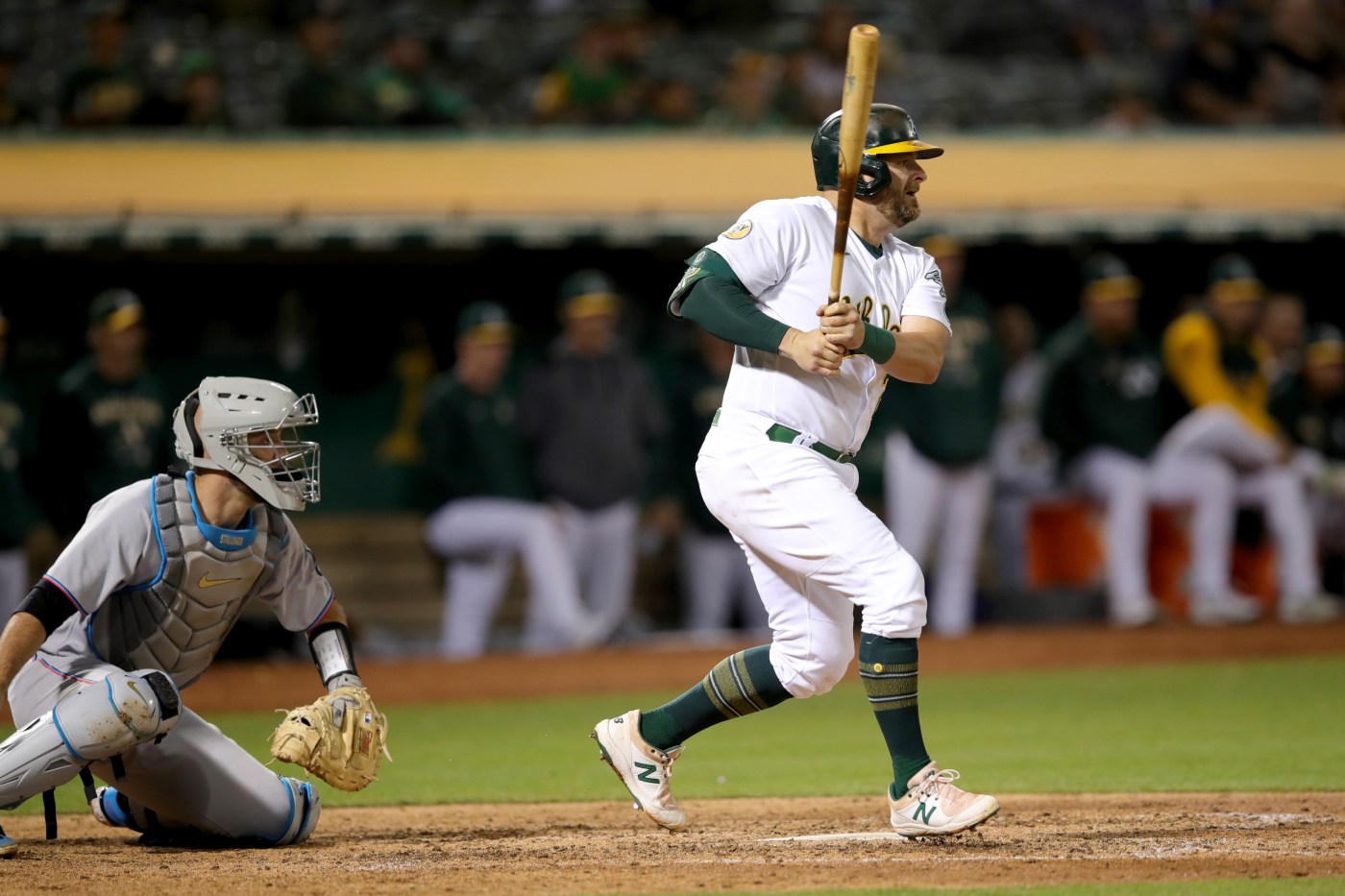 Anderson broke a scoreless tie in the fourth inning with a solo home run to left. Miami added four runs in the sixth on RBI singles from Jesús Aguilar and Jacob Stallings and a two-run double by Jerar Encarnación.

The A’s got on the board in the ninth inning on an RBI single by Stephen Vogt, ending a 17-inning scoreless streak. Shea Langeliers followed with an RBI double and Jonah Bride added a sacrifice fly to bring Oakland within two.

But with a runner on third and two outs, Tanner Scott retired Sheldon Neuse on a grounder to shortstop to earn his 19th save in 24 opportunities.

IT TAKES A VILLAGE

Joel Payamps made his first appearance for Oakland since being claimed off waivers Saturday, pitching two scoreless innings of relief. Payamps was the 56th different player to appear in a game for the A’s this season, tying the franchise record set by the 1915 Philadelphia Athletics.

CATCHING UP WITH AN OLD FRIEND

Before the game, Marlins manager Don Mattingly got to chat with Hall of Famer and former teammate Rickey Henderson.

Best known for his 14 seasons with the A’s, Henderson played alongside Mattingly with the Yankees from 1985-89. The pair combined to make nine All-Star Games during that span.

“He’d hit a ball in the seats,” Mattingly recalled. “If you walked him, he was going to (steal) a bag. He was a really good defender in the outfield. He just changed the game. This guy had more effect on a game than almost anybody I think I’ve ever seen.”

Marlins: 1B Garrett Cooper (concussion) began a rehab assignment at Single-A Jupiter, going 1 for 3 with an RBI single and a walk. Mattingly expects Cooper to play one or two more games with Jupiter before rejoining the Marlins.

Athletics: OF Ramón Laureano (strained left oblique) took more swings and ran on the field before the game. “He said he still feels great,” Oakland manager Mark Kotsay said. “I think the progression is to, toward the end of the week, hit off a velo machine and see where we’re at.” Laureano is not expected to require a rehab assignment. … RHP Brent Honeywell (stress reaction in right elbow) made a rehab appearance for Triple-A Las Vegas, allowing three runs on three hits in one inning of relief.

LHP Cole Irvin (6-11, 3.33) pitches for Oakland, trying to snap a four-start losing streak this month. Irvin has allowed a home run in each of his last five outings.