August was the month the Chicago White Sox were waiting for. Instead it might have killed their playoff dreams. – The Mercury News 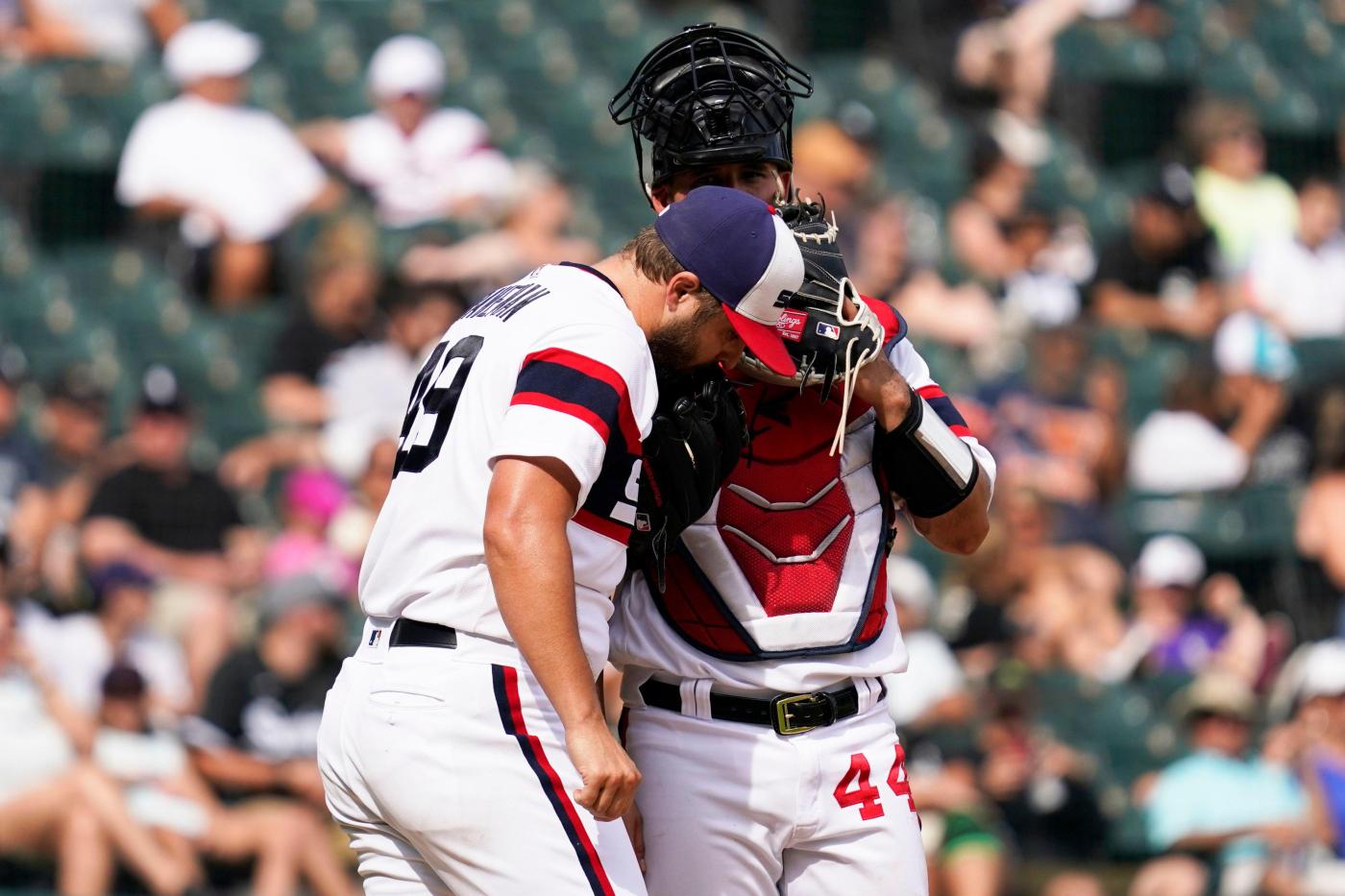 Every year August flies by and we wonder where it went.

It feels like the shortest month because it comes at the end of summer, and let’s face it, summer is all we have in this climate-cursed town, so we treasure it while it lasts.

August also was supposed to be the month the Chicago White Sox got their mojo back. It began with high hopes and the widespread belief things finally would get back to normal with the team mostly healthy and the schedule easing up.

Playing in the game’s worst division helped. Everyone was quite sure the Minnesota Twins and Cleveland Guardians wouldn’t run away, leaving the Sox with a chance to sneak by. Starting the month with 14 games against the Kansas City Royals, Texas Rangers and Detroit Tigers surely would give them momentum — and perhaps the division lead — heading into the final stretch.

Instead, August turned out to be the month the Sox revealed themselves as accidental contenders.

They’re two games under .500 after Sunday’s 3-2 loss to the Arizona Diamondbacks and five games behind the Guardians, slowly falling out of contention like a death by 1,000 paper cuts.

They’re 12-15 in August with two games remaining against the Royals. Frustrating?

“No,” manager Tony La Russa said after the Diamondbacks finished a three-game sweep. “I just get angry. I don’t like frustration, discouragement. That’s loser crap. Just seeps energy out of your body. I just get angry and want to do something about it.”

Some angry Sox fans tried to do something Saturday night, carrying a sign around Guaranteed Rate Field that read, “SELL THE TEAM.” The sign lacked specifics, so it wasn’t clear whether they want Chairman Jerry Reinsdorf to sell the Sox or the Bulls or perhaps both.

It’s unlikely Reinsdorf would sell either team, of course, and can you blame him? He doesn’t need the money, and at age 86, what else does Reinsdorf have to do? He’s not the kind of guy who would spend retirement gambling or playing golf or shuffleboard. And owning the Sox means he can do what he loves best: watching a ballgame in his private suite with underlings who tell him what he wants to hear.

Reinsdorf also can enjoy a fine cigar at the ballpark, unlike Sox fans who are asked to go outside to a designated smoking area to feed their bad habits.

And unlike most baseball owners, Reinsdorf hires his own manager instead of bothering the person he hired to hire a manager. Ownership has its privileges, a slogan no one takes to heart more than Reinsdorf. Expecting him to give all that up just because the Sox are an underachieving mess is wishful thinking.

But at least the message was sent. Kudos to the fans who wanted to let the Sox know they are fed up, as surely they spoke for the silent majority.

In most seasons in which the Sox played poorly, the biggest criticism levied at Reinsdorf was his relative lack of spending in comparison with other big-market owners. But this season the Sox are third in American League payroll and seventh overall, so it’s difficult to fault him for being cheap.

If the money he gave the front office to win has been misspent, that’s on executive vice president Ken Williams and general manager Rick Hahn. Both executives have been spared the brunt of the blame for the Sox malaise because everyone knows hiring La Russa was Reinsdorf’s call.

But taking La Russa out of the picture for a second, the Sox remained in good position in the American League Central at the start of August and had a chance to add on at the Aug. 2 trade deadline. Their only move was acquiring left-handed reliever Jake Diekman from the Boston Red Sox for backup catcher Reese McGuire, a minor deal to strengthen the bullpen.

That bullpen entered Sunday with a 4.61 ERA in August, 25th in the majors, so it hasn’t gotten any better. Diekman is 0-2 with a 5.40 ERA in 12 games for the White Sox. McGuire entered Sunday hitting .415 with a .906 OPS in 14 games for the Red Sox. So the one trade only added to the misery. With Yasmani Grandal injured again, the Sox have had to rely on Seby Zevala and Carlos Perez behind the plate, making the absence of the defensive-minded McGuire even more glaring.

A lack of power also has been a sore spot with the Sox all season, yet Williams and Hahn failed to address it at the deadline. The Sox entered Sunday ranked 27th in home runs in August with 18, continuing a trend in spite of warm weather and 13 games at hitter-friendly Guaranteed Rate Field.

Sox players are so eager to end that trend that Eloy Jiménez thought he homered Saturday on a fly caught at the wall in right. Had it bounced off the wall, Jimenez still would’ve been on first unless he turned on the gas and started running.

What’s more bothersome than the lack of hustle was La Russa remaining oblivious to it, a recurring theme in 2022 whenever his players haven’t run hard. Remember when the concern was La Russa couldn’t relate to this generation of players instead of worrying he would overlook their mistakes?

José Abreu told reporters Saturday the players still believe in the “old guy,” no matter what fans think of La Russa. That’s fine, but if they don’t go 100% during a pennant race, they should understand why the “old guy” gets criticized for letting them off the hook.

August is almost over. The cicadas will stop chirping soon and the most aggravating White Sox season in recent memory will become a sad refrain of what might have been.

Where did the time go?