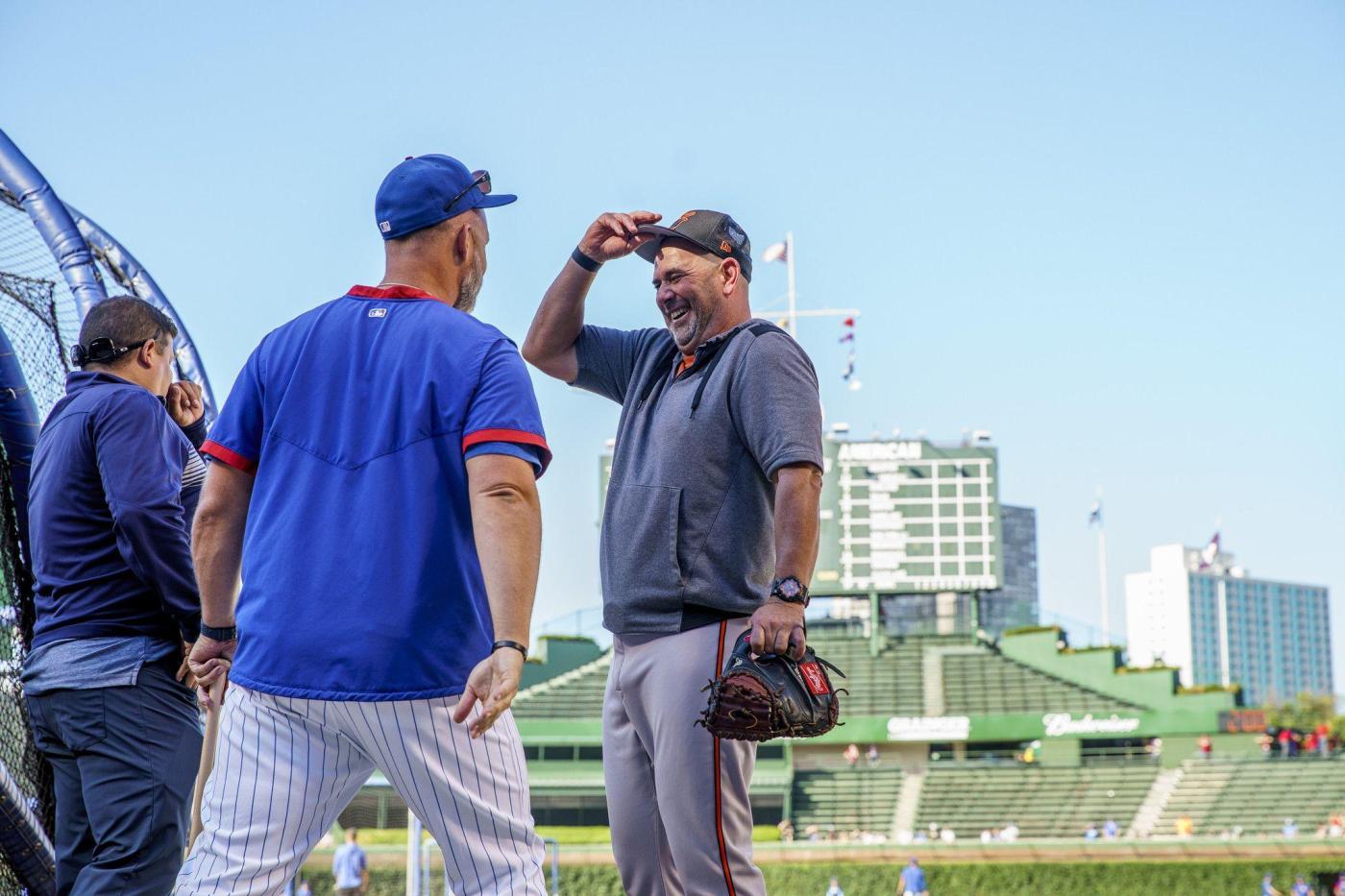 While the Chicago White Sox continue their never-ending quest to get back to .500, they’ve been passed in the American League wild-card race by the surging Baltimore Orioles.

Let that sink in for a minute.

The Orioles, a team that lost 110 games last season — including 19 straight in August — and has a payroll of just less than $45.5 million, the lowest in baseball. The White Sox are coming off an American League Central title and back-to-back postseason appearances and have the seventh-highest payroll at $195.6 million.

Something is wrong with this picture. How can a team as talented as the Sox be treading water while a rebuilding team full of castoffs and kids is competing for a wild-card spot?

“In our division, if you can’t pitch, you get blasted, and our pitching is so much better this year,” manager Brandon Hyde said before Wednesday’s 7-1 victory against the Cubs at Wrigley Field. “I had no idea our bullpen would be the way it is.

“There’s definitely a different feeling. Our guys have gotten a lot more confidence, and we’re playing a better brand of baseball. It is starting to turn, and we have guys coming up in the system that are going to be here in the next year or two and the No. 1 pick again (in Sunday’s draft).”

The Orioles won their 10th in a row Wednesday — their longest winning streak in one season since 13 in 1999 — and are at .500 or better this late in the season for the first time since Sept. 10, 2017. Only three other teams have had at least a nine-game winning streak the season after finishing with the worst record in the majors: the 1902 St. Louis Browns, 1993 Los Angeles Dodgers and 2001 Cubs.

While the Orioles still are in last place in the American League East, a wild-card spot is suddenly within reach for a franchise that not so long ago was a laughingstock.

“We were nine games under .500 a week and a half ago,” Orioles first baseman/outfielder Trey Mancini said. ”It’s been great. I’m so proud of this team and the way we’ve been playing, how we’ve approached every day.”

Mancini pointed to the leadership of Hyde, the former Cubs coach who signed on for the rebuild in 2019 and suffered through seasons of 108 and 110 losses in two of his three years. Hyde is the same person now that he was in August when the Orioles couldn’t buy a win.

“That was tough,” Mancini said. “He doesn’t ride the wave. He doesn’t ride the emotional roller coaster that can come with baseball. He’s somebody we love playing for and all respect. He’s such a great manager, and everybody is starting to see that this year. I’ve always thought he deserves to be here for the long haul, and this year is proving it.”

Hyde is signed through 2023 but obviously knows there are no guarantees in baseball. He was the bench coach under Rick Renteria when the Cubs manager was abruptly let go and replaced by Joe Maddon after the rebuild had turned the corner in 2014. And Hyde knows Renteria was replaced by Tony La Russa when the Sox were seemingly on the verge of being annual contenders after 2020.

Hyde said the front office, led by general manager Mike Elias, has supported him all the way.

“I have only gotten indications they like what I do and that I’m going to be here,” Hyde said. “I’ve never felt differently. I believe they’re happy with how we’re playing right now.”

And why not? The Orioles’ 21-9 record since June 11 is second-best in baseball behind the Houston Astros (21-8). Mancini said the clubhouse culture has been a factor in the surge.

“We hang out away from the field and we make sure we get everyone together,” he said. “It does matter a lot when you’re friends with the guys you play with. You care about them more deeply than baseball. That carries a lot of weight. That’s been … our M.O. this year, me and (Robinson) Chirinos and Rougned (Odor) teaching the young guys that.

“Some of us might not be here too much longer, and we want them to know what winning teams do and what the atmosphere should feel like. It’s been pretty cool to experience.”

Mancini, whose return from a bout with cancer last year earned him a nomination for the ESPY for Best Comeback Athlete, could be one of those players on the move. He’ll be a free agent after the season and is a possible trade-deadline target for teams searching for a veteran bat who can fit into any clubhouse.

“I’m here now,” Mancini said. “And I’m going to put my best foot forward for these guys every day.”

Elias is unlikely to become a major buyer at the trade deadline, but dealing Mancini could be a blow to the clubhouse if the Orioles are in contention at the Aug. 2 deadline. It’s a tough call for Elias, who knows the rebuild has a ways to go before the Orioles can become annual contenders in the strongest division.

“I don’t know what their approach is going to be,” Hyde said. “I think this did come out of nowhere a little bit, and Elias is going to do whatever is best for the organization.”

It’s hard to root against the Orioles, who’ve been the talk of baseball as we close in on the All-Star break.

Hopefully the Sox are watching … and taking notes.