Mourning tourists in Benidorm have been reacting to the tragic passing of the Queen as the normally bustling holiday hotspot turns into a quiet corner of British grief.

Flags are flying at half mast in the Spanish resort, and a beacon has been lit up with a Union Flag, with locals describing an ‘unusually sombre’ atmosphere descending over the town.

Some were seen wiping tears away while watching the news back home while other holidaymakers took photos of the tributes put on by the town hall. 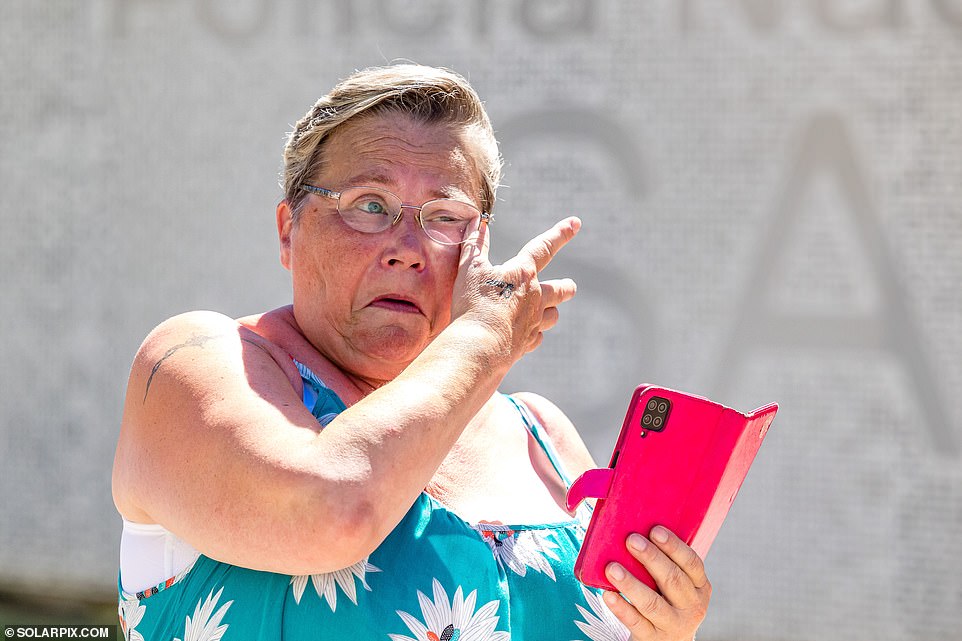 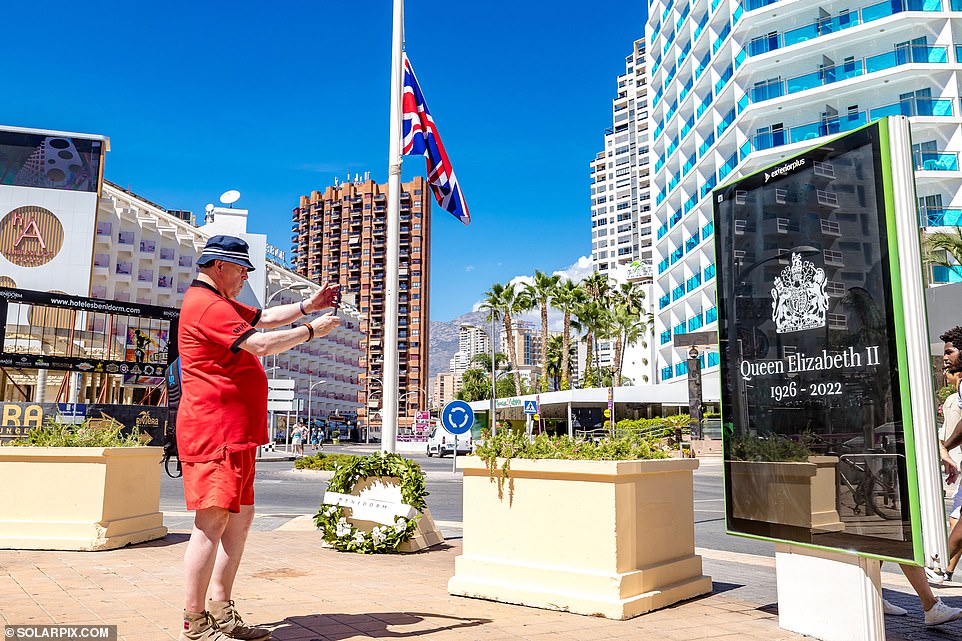 Flags are flying at half mast in the Spanish resort, and a beacon has been lit up with a Union Flag, with locals describing an ‘unusually sombre’ atmosphere 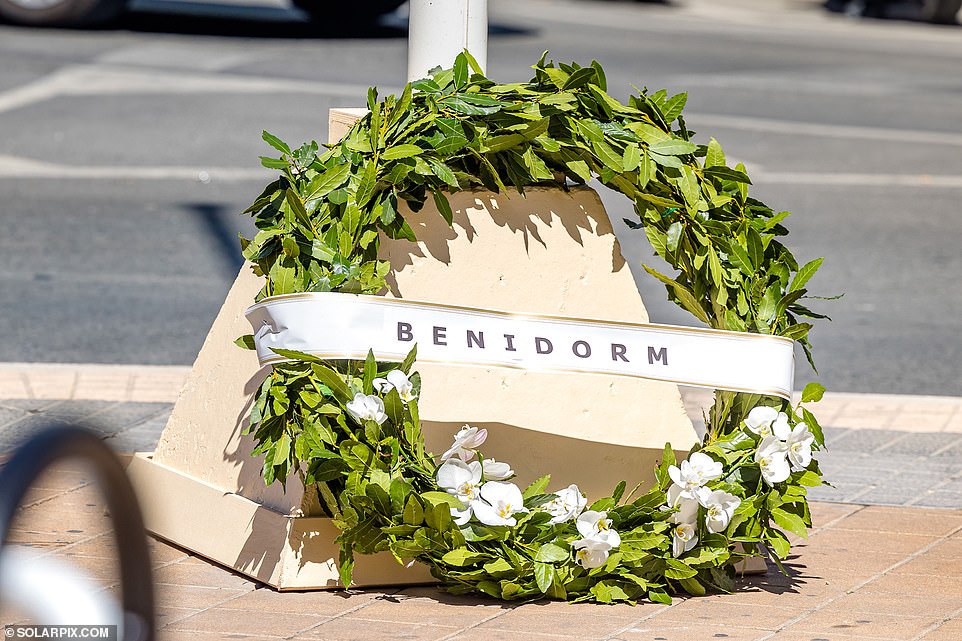 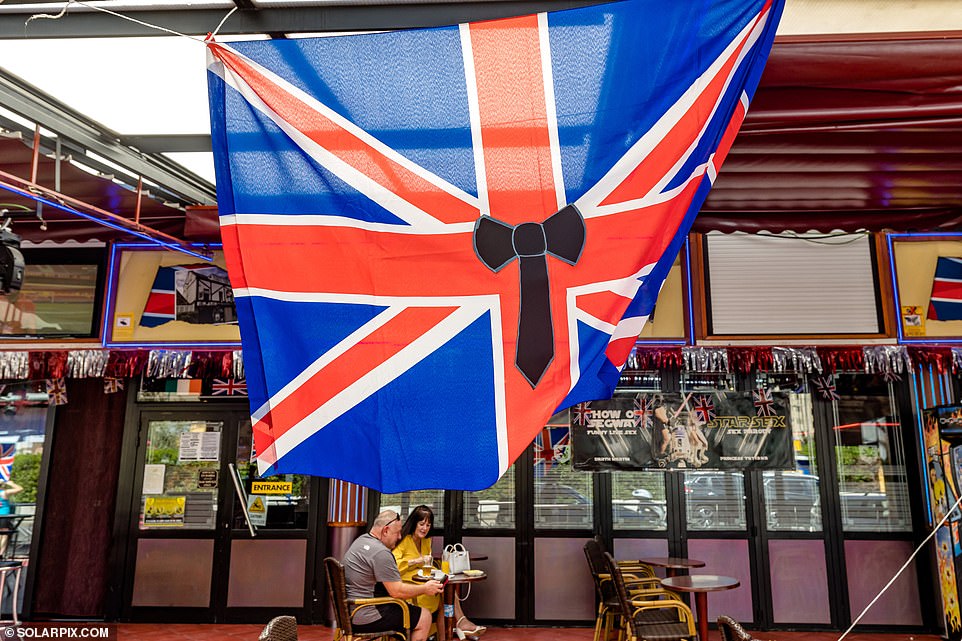 A billboard in the town centre also turned black with only the words ‘Queen Elizabeth, 1926 – 2022’ and the royal coat of arms.

Some holidaymakers have donned Britain-themed clothing to pay their respects, while a wreath was laid under the low-flying flag.

All around the world, people are in shock after the death of the beloved Queen yesterday and there has been a huge outpouring of emotion.

In Paris and Prague, from Boston to Beijing, across Sydney and Singapore – flowers were laid, sports stadiums fell silent, and monuments were illuminated as a mark of respect for a monarch who meant so much to so many.

The Empire State Building lit up purple and silver, the Eiffel Tower went dark, and Christ the Redeemer – overlooking the city of Rio de Janiero – shone in red, blue and white in tribute to her record reign. 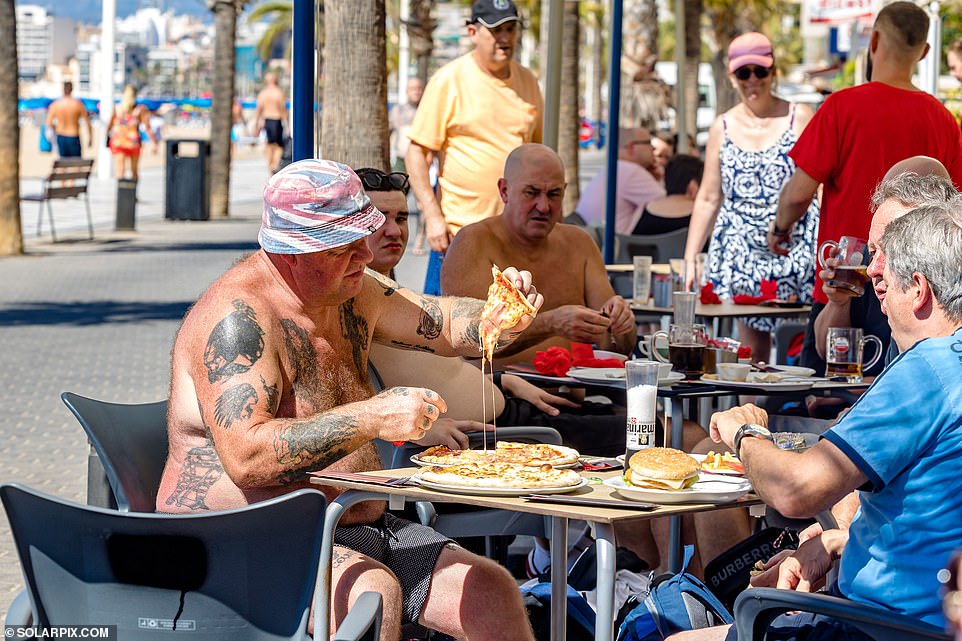 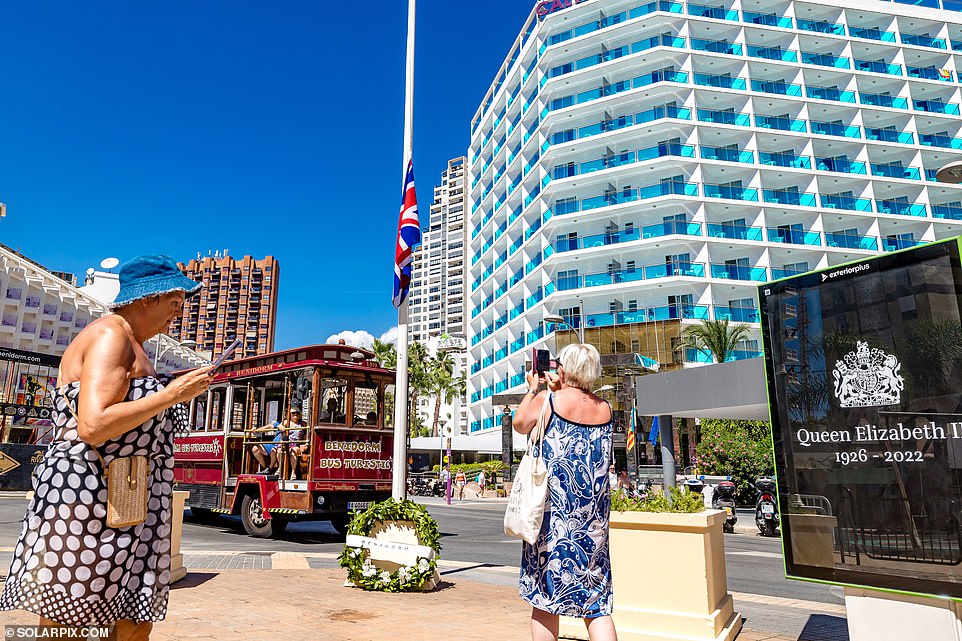 A billboard in the town centre also turned black with only the words ‘Queen Elizabeth, 1926 – 2022’ and the royal coat of arms 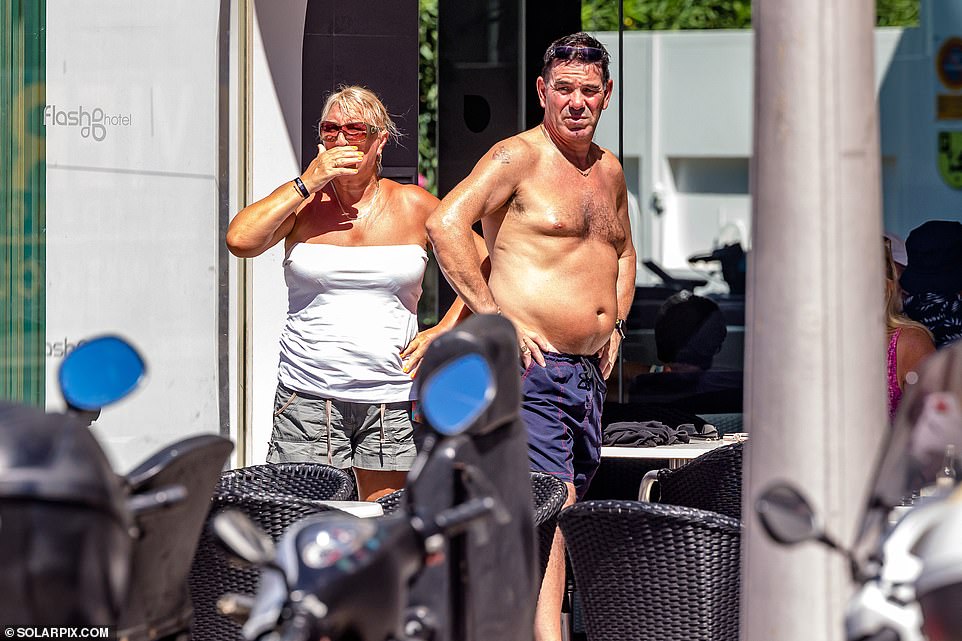 Across the globe, the death of Queen Elizabeth II has prompted an outpouring of love and grief with Britain in mourning

It came after Her Majesty died at Balmoral Castle on Thursday with son Charles – now King Charles III – and daughter Anne at her bedside, as her seven decades on the throne came to its peaceful conclusion.

The widespread tributes that followed her death came not only from United States President Joe Biden but also from Russian President Vladimir Putin.

She was a ‘stateswoman of unmatched dignity and constancy who deepened the bedrock alliance between the United Kingdom and the United States,’ Biden and first lady Jill Biden said in a statement, adding that she ‘defined an era.’

‘For many decades, Elizabeth II rightfully enjoyed the love and respect of her subjects, as well as authority on the world stage. I wish you courage and perseverance in the face of this heavy, irreparable loss,’ Putin wrote. 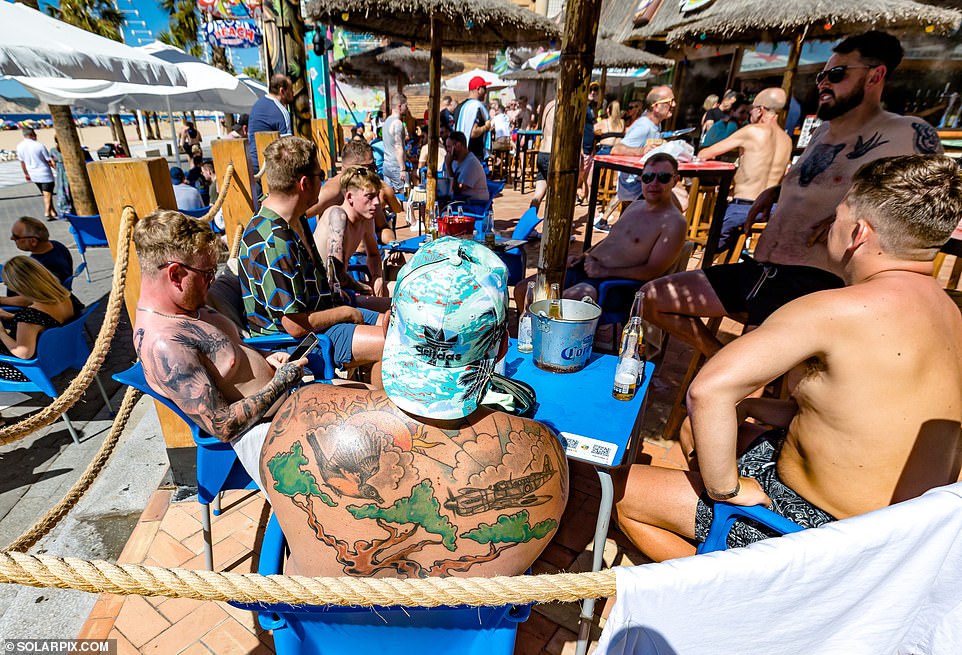 The death of Queen Elizabeth II, whose rule saw Britain through decades of change, was seen and felt around the world 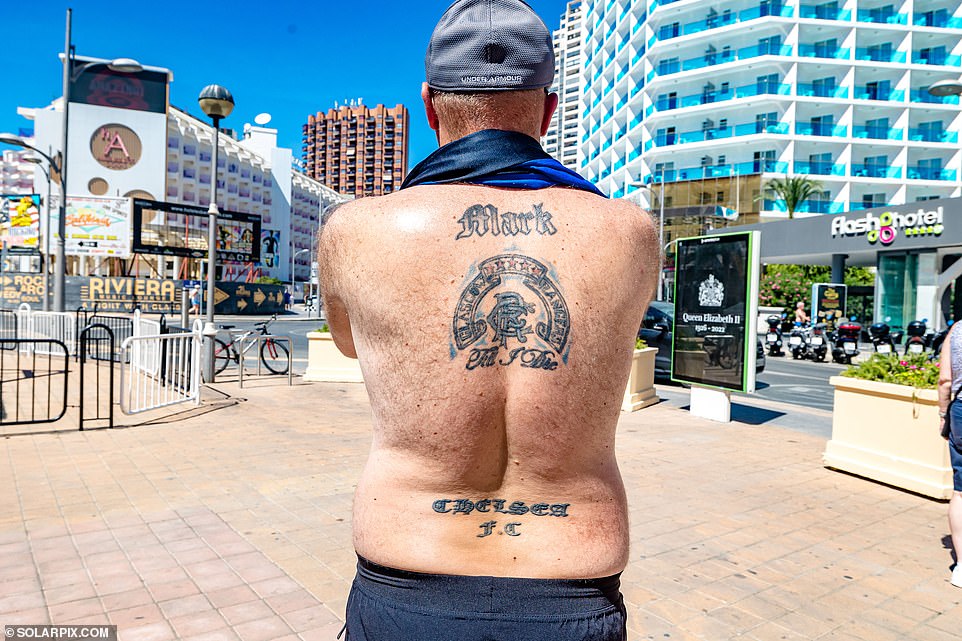 Elizabeth was mourned across Europe. In France, Britain’s historic rival and contemporary ally, officials ordered flags at the presidential palace and public buildings be lowered to half-staff on Friday.

President Emmanuel Macron hailed her ‘immutable moral authority’ and her intimate knowledge of French. He said no other foreign sovereign had visited the presidential palace more often than Elizabeth, who knew all eight presidents of contemporary France.

‘The woman who stood alongside the giants of the 20th century on the path of history has left to join them,’ Macron said in a statement.

Even in places where the relationship with British monarchy is complicated, the tributes flowed. In India, once a British colony, Prime Minister Narendra Modi called Elizabeth ‘a stalwart of our times.’

Jamaican Prime Minister Andrew Holness said that for many years Elizabeth visited the island every decade.

‘Undoubtedly, she formed a special bond with the people of Jamaica,’ he said. ‘We are saddened that we will not see her light again, but we will remember her historic reign.’

Bermuda Premier David Burt noted that her reign ‘has spanned decades of such immense change for the United Kingdom and the world.’