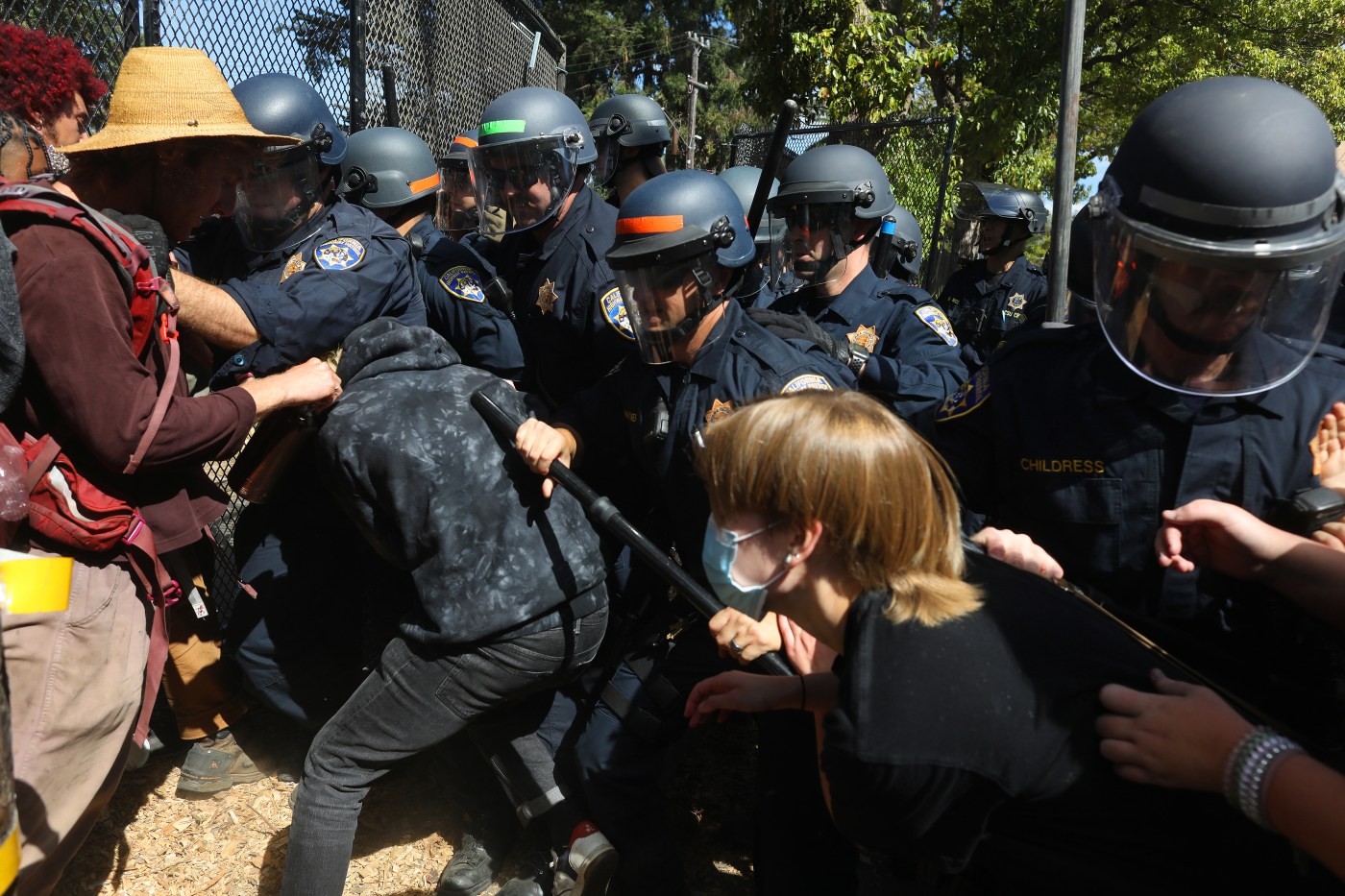 BERKELEY — Less than a day after a special City Council meeting was scheduled to consider lifting Berkeley’s ban on law enforcement’s use of tear gas and pepper spray, Mayor Jesse Arreguín abruptly canceled the meeting.

The mayor did not immediately give a reason for canceling the Thursday meeting, which would have been held a day after protesters clashed with UC police at the historic People’s Park. After the confrontation, UC Berkeley halted work on a planned student housing project there. Berkeley city police were not involved in the latest face-off at the park.

If the lifting of the ban had been approved by council members, it would have marked a stark reversal from their unanimous vote in June 2020 to halt the crowd control tactics by Berkeley police and outside law enforcement agencies operating in the city. At the time, Arreguín said tear gas “is banned in warfare and should not be used on our streets or in protests.”

The special meeting — which had been called hastily during a summer recess of the City Council — would have come a day after UC Berkeley’s attempt to construct housing for 1,100 students and 100 homeless people at the park hit a major roadblock as protesters fought with police, pried apart a barricade erected around the park and virtually destroyed construction equipment left behind.

The police response at the park has been led by University of California Police Department officers with the help of mutual aid from the California Highway Patrol and California State University officers.

People’s Park has long been a hotbed of fiery political activism. In 1969, police unleashed tear gas on protesters as thousands of people opposed the university’s plans to develop the 2.8-acre site into an athletic field. The clashes led to a state of emergency and one death.

Andrea Prichett, a member of the People’s Park Council who was one of the protesters arrested for blocking construction Wednesday, said the proposal to lift the teargas ban would have undermined the City Council’s credibility. She questioned how genuine the city’s previous attempts to increase police accountability were if the policies could simply be reversed.

“This is exactly the kind of situation that the ban was designed for, and so for them to overturn that policy would really do great damage,” Prichett said. “If they use it subjectively, then the policy has no meaning and never did.”

The latest confrontations at People’s Park started in the predawn hours of Wednesday morning as more than 100 police officers encircled the area and roused the homeless people sleeping there. Law enforcement cleared the way for construction crews to start cutting down the site’s trees.

The confrontations came after a court ruling last week, which became official Tuesday, that allowed UC Berkeley to move forward with its plans to redevelop a portion of the park with two buildings, one six stories and the other 12.

Along with housing for students and homeless people, the project plans to preserve almost half of the site — 1.7 acres — as open space and honor the history of People’s Park with a memorial walkway, murals and photo displays.

The university has been under mounting legal pressure to build more housing as its student population grows, although proponents of preserving People’s Park say the location is a vital green space and cultural landmark that should not be removed.