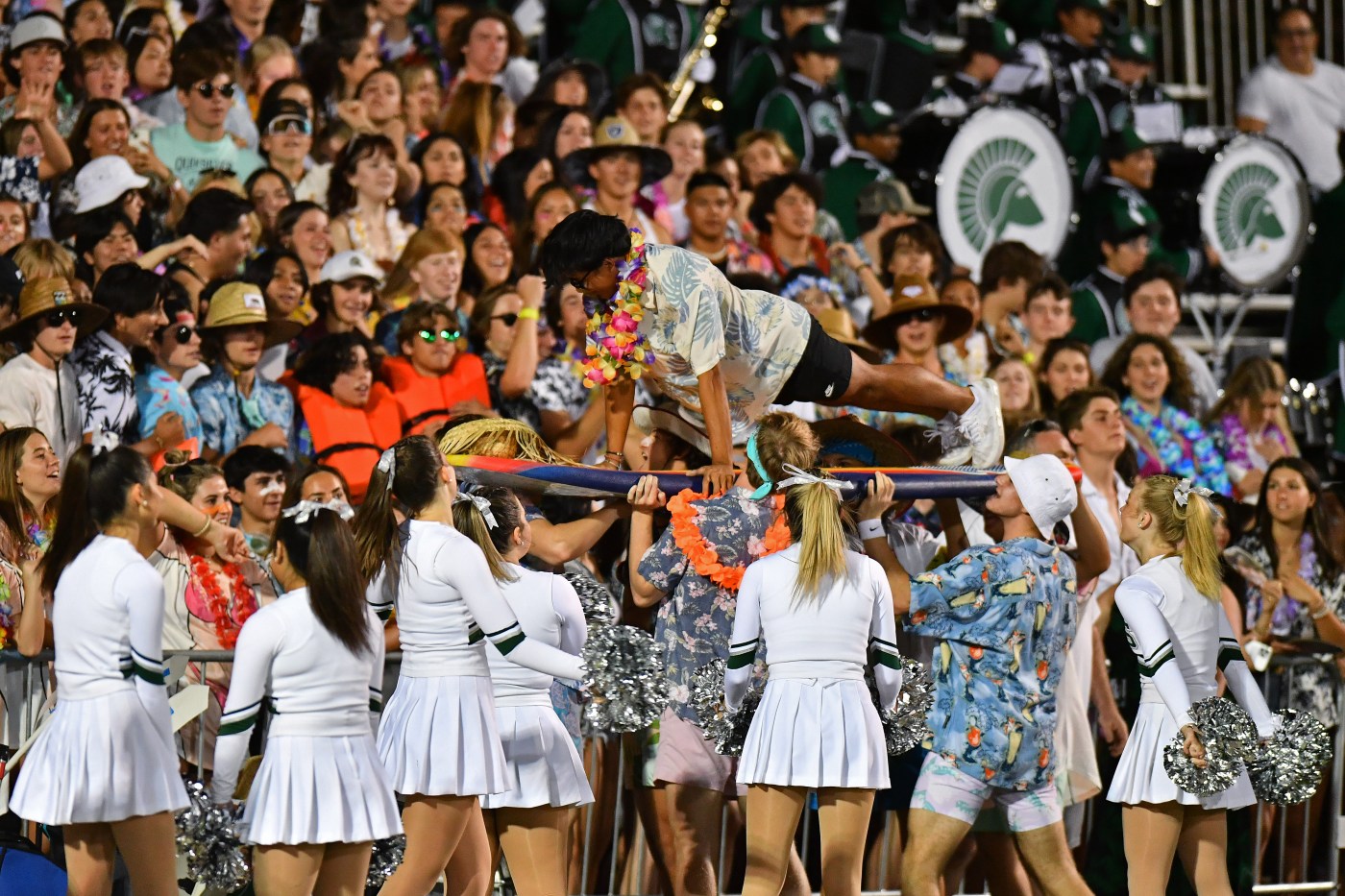 Pittsburg was too much for California.

Campolindo scored on the final play to beat Windsor.

The Bay Area News Group’s roundup provides all the details from the weekend’s action.

Check back every Saturday for scores, highlights and top performers, updated throughout the day.

One year after St. Francis became the first team from this region in 30 years to beat De La Salle, the Spartans prevailed decisively in one of the games they had long circled on the calendar. “You can make a list of redemption for us right now,” DLS coach Justin Alumbaugh said after his team improved to 2-1. Read Darren Sabedra’s game story here.

Miami-bound Jaden Rashada threw for 360 yards and three touchdowns to lead Pittsburg (3-0) to a road win over California. The victory sets up a huge game next Friday as Pittsburg returns home to play Folsom. Curtis Pashelka has the details in his game story here.

After back-to-back competitive road losses to two Top 10 teams, Menlo-Atherton and McClymonds, Bellarmine got its first win of the season. Ben Pfaff scored three touchdowns, including one through the middle of the field from 52 yards out, to lead the Bells at Burrell Field in San Leandro. Billy Ladd and Jake Hanson had interceptions for Bellarmine, which has a bye next week before opening West Catholic Athletic League play on Sept. 23 against St. Ignatius at San Jose City College. San Leandro (1-2) will be back at home next Friday to play Campolindo. — Darren Sabedra

For the second week in a row, the unbeaten Cougars (3-0) staged a wild fourth-quarter comeback. Dashiell Weaver hooked up with Scott Lyon on the final play of the game, allowing visiting Campolindo to shock Windsor (1-2). Last week the Cougars rallied with two touchdowns in the final period to beat Aptos 30-22. “The game was loaded with strange stuff,” Campo coach Kevin Macy said of the Windsor contest. “It was a completely insane finish.” With Windsor ahead 26-22, the Cougars got the ball on about their 30 with 40 seconds to go. Weaver deftly worked the sidelines, completing “four or five passes” down to the Windsor 20, Macy said. The clock was stopped with one second to go. Campo put heavily-recruited wide receiver Robbie Mascheroni by himself on one side of the field and three others, including Lyon, on the opposite side. Weaver hit Lyon with a 15-yard pass to the 5, and the 5-10 junior did the rest. – Mike Lefkow

After soundly beating Dublin and Granada to begin the season, Heritage remained undefeated by beating visiting Whitney. Fresno State-bound Devon Rivers had another strong performance with three touchdowns, two of which came in the first half to give Heritage the 14-7 lead at halftime. Quarterback Austin Peters threw a touchdown pass to Koen Wolfe in the third quarter and Rivers added his third touchdown in the fourth quarter. Heritage (3-0) will host Vintage next Friday. – Jesús Cano

Mitty, playing under the lights on its home field, completed its non-league schedule 3-0 with a rout of Santa Teresa. The Monarchs led 10-0 at halftime and scored three touchdowns in the second half to put the outcome out of reach. Ben Kim caught two TD passes and Danny Scudero ran for a TD. Makoa Sniffen scored for the defense, recovering a fumble for a touchdown. Mitty has next week off, then opens WCAL play on Sept. 23 against Sacred Heart Cathedral at Kezar Stadium in San Francisco. Santa Teresa (1-2) visits Leland on Friday. — Darren Sabedra

Drew Henderson had another multi-touchdown game as he connected twice with wide receiver Jackson Harris and BJ Thurman rushed for over 100 yards. But that wasn’t enough to prevent Berkeley from winning at American Canyon. The Yellowjackets, who slipped to 1-2, will look to bounce back next Saturday in San Francisco against Galileo. – Jesús Cano

Freedom’s game at Grant-Sacramento on Friday was called off three hours before kickoff because of smoke from the Mosquito Fire. Freedom coach Zach Sims said the teams tried to reschedule for Saturday but could not find officials. Freedom will play host to Menlo School next Friday. – Jesús Cano

Eric Argumedo ran 82 yards for a touchdown to get Christopher on the scoreboard, and the visitors never looked back in a non-league rout of San Mateo. Argumedo finished with two touchdown runs. Quarterback Jaxen Robinson had a 55-yard touchdown pass to Jaterius Lee and also scored on a sneak. Will Rizqallah had Christopher’s last touchdown, a 10-yard run, and Alan Canales made a 37-yard field goal as the Cougars improved to 3-0. Christopher hadn’t started a fall season 3-0 since 2017 when the program won the CCS Division IV championship. Christopher will visit Leigh next Saturday. San Mateo (1-2) will play at Gunn next week. – Jesús Cano

Check back all day Saturday for updates.