Cash-strapped savers are urged to steer clear of ‘get-rich-quick’ schemes amid a surge in ‘devastating’ investment scams.

The Financial Ombudsman is sounding the alarm on fraudsters who use high-pressure tactics such as cold-calling victims and conning them out of thousands by promising big returns for their cash.

Complaints about investment scams are now outpacing every other type of fraud its investigators deal with. 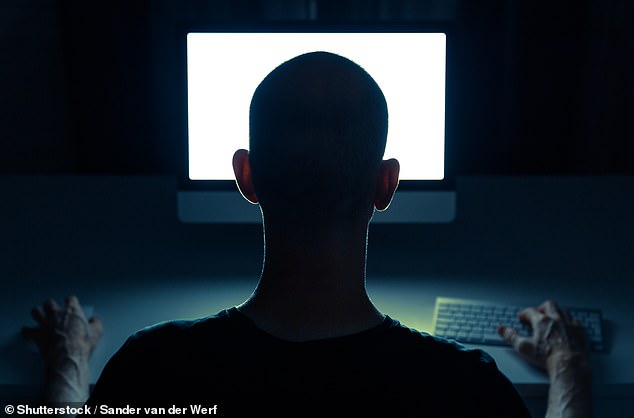 Scam threat: The Ombudsman is warning over fraudsters who use high-pressure tactics such as cold-calling victims and conning them out of thousands by promising big returns

Investment scammers typically hunt for victims online, with some posing as well-known financial firms by using the same branding and logos on their websites.

And around half of cases the Financial Ombudsman Service (FOS) receives involve cryptocurrency.

Some fraudsters will push for an immediate investment over a phone call, while others will give their victims more time in order to appear legitimate.

And with six in ten cases upheld in the customer’s favour, many banks are failing to reimburse victims when they should.

More than £171 million was lost to investment scams last year, up by 57 per cent on the £109 million recorded in 2020, according to banking trade body UK Finance.

With household budgets set to be squeezed further by rising inflation and rocketing energy bills, experts fear many more could become victims.

Pat Hurley, lead ombudsman, says: ‘During the cost-of-living crisis, many savers will be looking online for firms which offer higher returns and more interest than their banks. The environment out there is a fertile one for investment scams.’

The most sophisticated schemes can entice victims to invest hundreds of thousands of pounds over several months or years. And the average victim will lose around £14,000 in total, according to data from HSBC.

Mr Hurley says: ‘Quite often, the scam will only come to light when the children of victims are talking to their parents about their finances.

‘Others will only realise what has happened when the fraudsters cuts off contact. This kind of fraud can be devastating and we’ve seen some heart-wrenching cases where life savings have been lost.’

The FOS handled 570 complaints about investment scams between April and the end of June, up by 14 per cent on the 500 recorded over the same period last year.

In total, the scams made up just under a third of the 1,900 authorised payment fraud complaints it dealt with during these three months. These are cases where victims are tricked into sending their money to scammers. 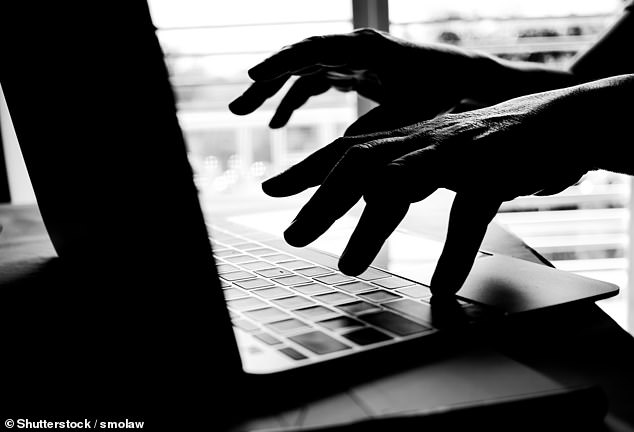 Protection: Under the incoming Online Safety Bill, tech giants will be held accountable for scam ads on their sites

Most major banks and building societies are signed up to a code through which they agree to reimburse blameless victims.

But not all banks participate, and even those which do can rely on several ‘exceptions’. For example, if a customer was given a warning via text before they transferred the cash to a fraudster, they may not be refunded.

In one FOS case, a victim used his Tesco credit card to transfer £4,800 into a cryptocurrency wallet which was then stolen by fraudsters.

But Tesco initially refused to refund him, arguing that it had asked the customer what the payment was for before processing the transfer.

But, in May, the Ombudsman said Tesco should have asked further questions and ordered it to refund the cash in full, along with 8 per cent interest.

A Tesco Bank spokesman says it no longer allow customers to use their credit card to make crypto purchases, and adds that it has since strengthened its processes to help combat investment fraud.

Many scammers are continuing to promote fraudulent investments on social media platforms. Under the Online Safety Bill currently going through Parliament, tech giants will be held accountable for scam ads on their sites, but it is not yet known when this new law will be enforced.

Rocio Concha, director of policy and advocacy at Which?, says: ‘Fraudsters are constantly refining their tactics and will often use events, like the cost-of-living crisis, to help them.

To protect consumers, the Government must pass the Online Safety Bill which will give tech giants the responsibility to prevent fake and fraudulent content promoted via paid-for advertising from appearing on their sites.’

Investors can make sure an investment company is authorised by checking the Financial Conduct Authority’s register (register.fca.org.uk).

If a firm is listed, savers should then use the contact details provided on the register. This will ensure they are not duped by scammers imitating a legitimate firm.

A UK Finance spokesman says: ‘Concerns about rising bills can sometimes make it tempting to look for ways to make extra money.

‘However, everyone should be wary of any investment opportunities that offer fast returns and pressure you to send money quickly.’