Blitz of 7-Eleven robberies on 7/11 in Southern California 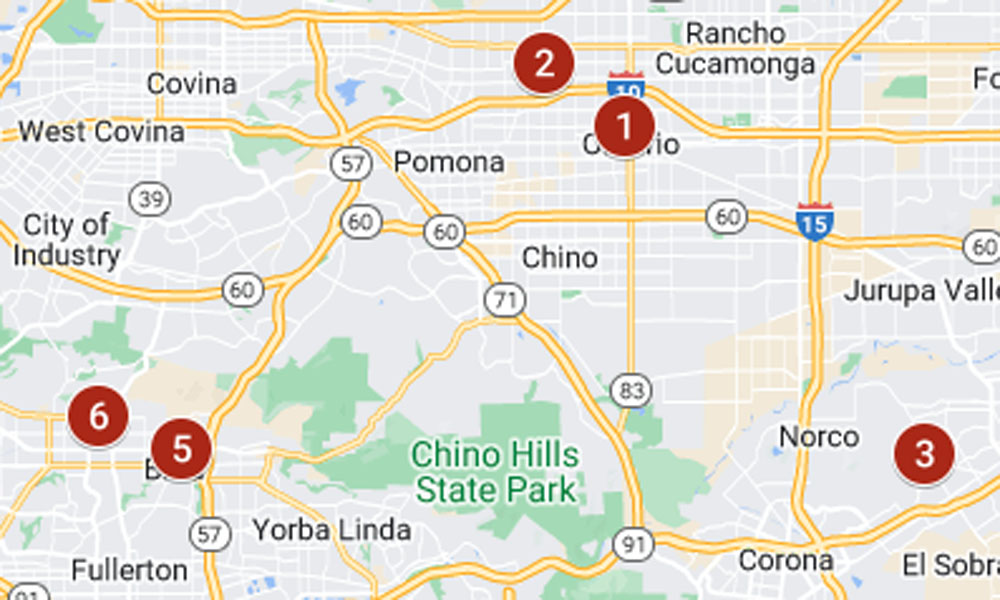 One gunman is suspected in at least three of a string of pre-dawn robberies Monday at 7-Eleven stores in Southern California. Five people were shot during the crimes, and two of them have died.

Six robberies occurred between midnight and 5 a.m. on Monday — July 11, the day when the national 7-Eleven brand celebrates its anniversary and gives out free Slurpee drinks.

“There’s no way it can be a coincidence of it being 7/11, July 11,” said Officer Ryan Railsback, a spokesperson for the Riverside Police Department.

Later Monday, the chain’s corporate leaders encouraged its stores in the Los Angeles area to close for the night, TV station KTLA reported.

The targeted stores were within a 15-mile radius in San Bernardino, Riverside and Orange counties.

Surveillance photos, released by Upland and Brea police, show a masked man wearing a black sweatshirt with a hood over his head. The sweatshirt has white lettering and images of green leaves on the front.

While police in La Habra, Brea and Santa Ana have said they believe they are seeking the same suspect, officials in Ontario, Upland and Riverside have not yet made that determination.

In all of the robberies, the culprit displayed a handgun. In the later four, he opened fire.

The map above shows the sequence of robberies.

3 / Riverside, 1:50 a.m. Customer shot, reported to be in critical condition.

4 / Santa Ana, 3:25 a.m. Person found fatally shot in parking lot. It’s not yet known if the victim was a customer or someone passing by.

In an unrelated event in south Los Angeles, a woman told police her car, with her sleeping son inside, was stolen from outside a 7-Eleven on Monday night after she went in to get a Slurpee for the child. Police used her “Find My Phone” app to locate the car. The driver was arrested; the child was unharmed.

— The Associated Press contributed to this report.