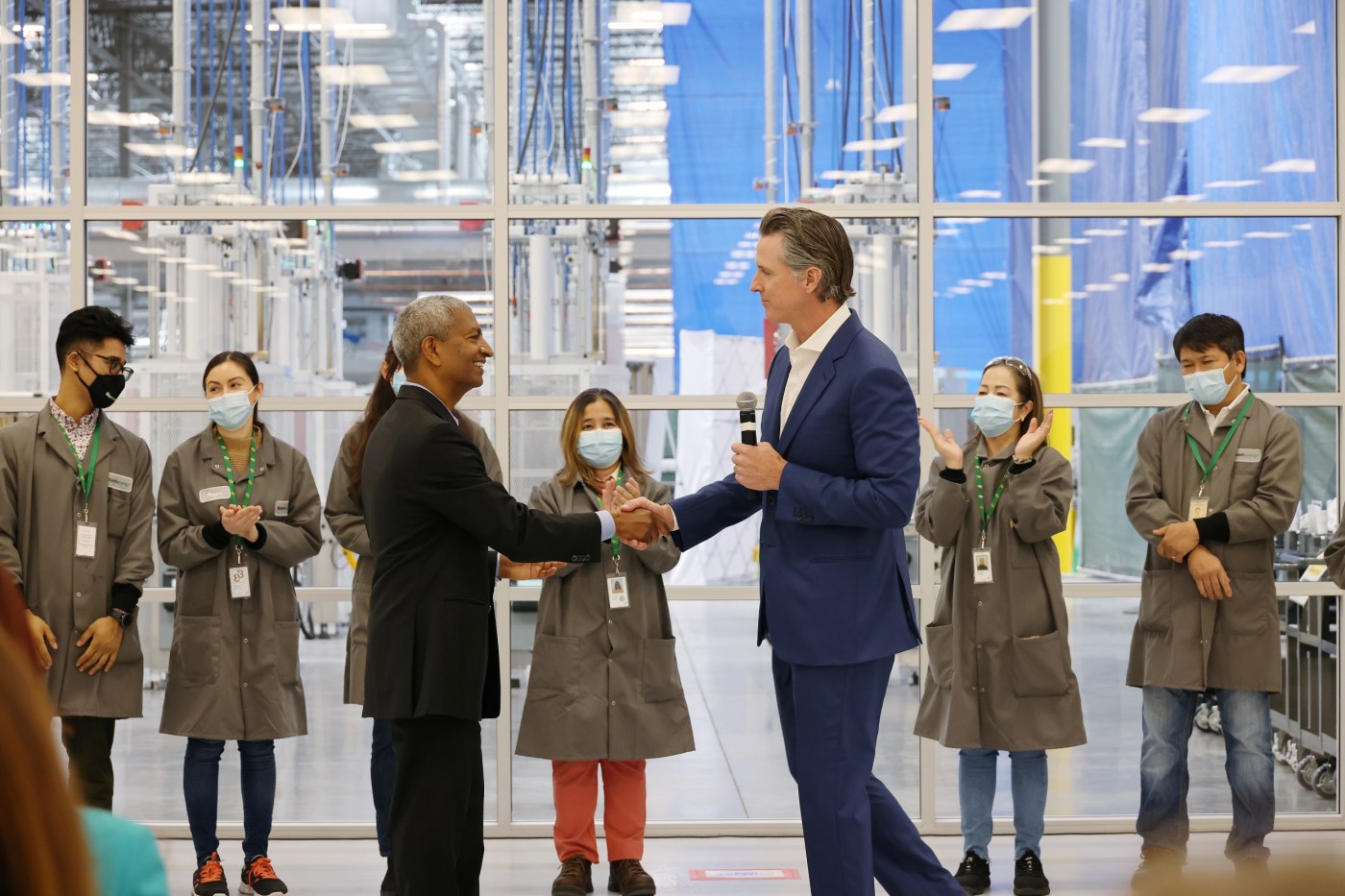 SAN JOSE — Bloom Energy formally launched its new green energy factory in Fremont on Wednesday, a complex whose products may help California address its dire electricity woes in a time of wildfires and power shortages.

“Powering our homes and our communities has never been more important, especially as the Golden State weathers some of the most dire impacts of climate change like extreme heat and wildfire,” Gov. Newsom said during an event on Wednesday at the factory to formally open the production center.

San Jose-based Bloom Energy said its Fremont factory produces enough fuel cells to create a gigawatt of electricity every year. A gigawatt is enough electricity to power 750,000 homes, which is approximately twice as many as the 338,100 homes that existed in San Jose in 2020.

“Our roots are here, and our home is here,” said KR Sridhar, Bloom Energy’s chief executive officer and founder. “We are proud to continue innovating in Silicon Valley, fully supporting California as a beacon for the rest of the world in its energy transition.”

The new factory totals 164,000 square feet and represents a capital investment of nearly $250 million, according to Carl Guardino, an executive vice president with Bloom Energy.

At least 800 people are expected to work at the Fremont plant, he estimated.

“Our energy servers produce clean and resilient energy 24/7,” Guardino said. “Ours stay on when the grid goes off.”

California’s toughest challenge during hot days, particularly in the summer, is to produce reliable electricity during the evening hours of such days.

The company’s fuel cells can create microgrids that are essentially resilient “islands” of clean electricity.

“Bloom’s power is generated on-site where power is consumed,” Sridhar said. “We do not face the same challenges as traditional power plants, such as the maintenance of power lines. Unlike most nuclear power plants that consume billions of gallons of water each year, we use little to no water.”

Along with its new Fremont factory, Bloom Energy has expanded its north San Jose headquarters. The company also has opened a research and technical center and a hydrogen development facility in Fremont.

“Together with partners like Bloom Energy, California is powering the future while creating thousands of new jobs in manufacturing and clean energy,” Gov. Newsom said.