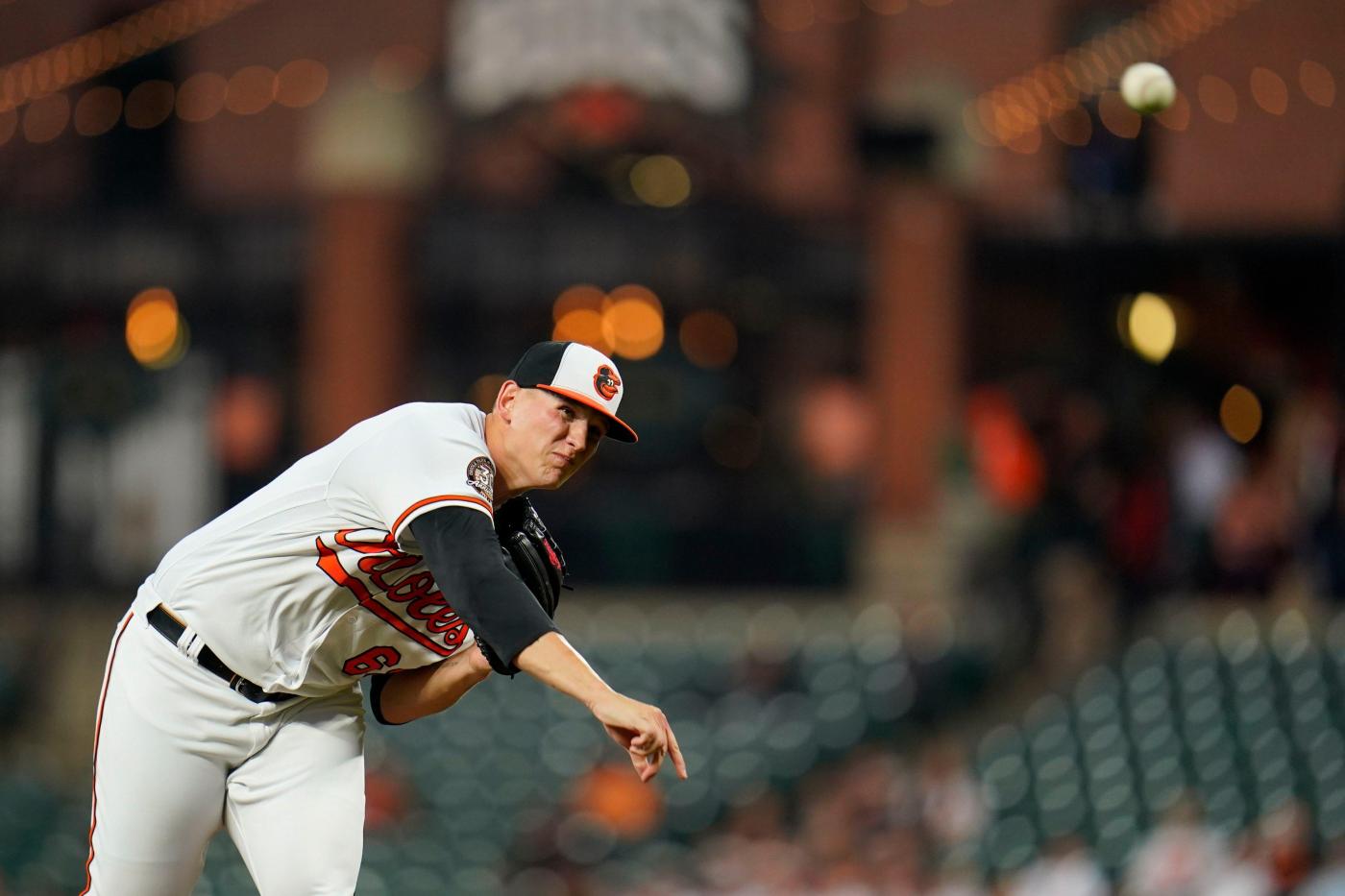 For the third time in their four-game series with Toronto, the Orioles made a day-of change to their pitching plans. But all that mattered Wednesday was that the Blue Jays kept theirs intact.

A series that presented Baltimore the chance to improve its playoff hopes instead did the opposite, with Toronto ace Alek Manoah overcoming an early hiccup to dominate the Orioles over eight innings in a 4-1 victory, his team’s third win of the series. With 25 games left in its season, Baltimore is 4 1/2 games behind the Blue Jays for the American League’s third wild-card spot.

Wednesday, the Orioles (72-65) welcomed right-hander Tyler Wells back to the roster after his left oblique strain, activating him from the injured list after only one rehab start, and immediately thrust him back into their rotation. The club had been determining whether to bring Wells back as a starter or reliever, with the former requiring more time for him to stretch out.

Dean Kremer was scheduled to start Wednesday, but late after Tuesday’s victory — the only game of the series the Orioles’ original starter actually did so — the club altered its plans. With their bullpen tasked with a doubleheader Monday and covering six high-leverage innings the next night, the Orioles determined they would be best served by activating Wells and letting him work ahead of Kremer in the series finale, a temporary tandem to lighten the relievers’ load.

The plot worked well enough. Wells needed only four pitches in his first inning, but after the Orioles scored off Manoah thanks to Ryan Mountcastle’s two-out double, Baltimore gave the run back. Having thrown 31 pitches Friday for High-A Aberdeen, Wells required 30 to get through Wednesday’s second inning, letting out a yell when a diving stop and throw from third baseman Ramón Urías left the bases loaded and the game tied.

Kremer then came on for his first major league relief appearance. He was originally going to begin the season piggybacking with Wells, only to suffer a left oblique strain himself while warming to replace him in the third game of the season. He returned as a member of Baltimore’s rotation and has largely pitched well, entering Wednesday with a 3.22 ERA. In working 5 1/3 innings, he allowed three runs, two of them earned and all coming in the fifth. They scored on weak contact — a 61.9 mph groundout and a 59.2 mph single — and a throwing error by catcher Adley Rutschman attempting to back pick a runner off first base.

Hyde was adamant the partnership of Wells and Kremer was a one-off, saying the Orioles plan to have both in their rotation going forward and will capitalize on upcoming off days to make that happen.

“This is a little bit of a unique situation,” Hyde said pregame. “Once I knew Dean was OK with this, then I felt good about it, because Dean’s pitched extremely well in the rotation. I’m not bumping him from the rotation in any means. This is more of shortening the game a little bit.”

In a corresponding move for Wells, the Orioles optioned right-handed starter Spenser Watkins, who had a 3.62 ERA since returning from his own IL stint in June, to Triple-A Norfolk, opening a spot in their rotation this weekend against the Boston Red Sox.

It’s possible Jordan Lyles will fill it. The veteran right-hander was scheduled to pitch the first game of Monday’s doubleheader before waking feeling unwell and being bumped to the latter contest. But he continued to feel the effects of what he said Wednesday was a stomach virus as he warmed up to pitch, prompting a last-minute scramble for the Orioles’ pitching staff.

“I was just trying to push through it, try and get a couple of innings,” Lyles said, back in the clubhouse after being away from the team Tuesday. “Just wasn’t myself, and that was visible, so we shut it down.”

Manoah did the same to the Orioles, largely cruising after his first-inning troubles. Gunnar Henderson followed Mountcastle’s double with a walk, then Manoah retired 14 straight Orioles. Rutschman broke that streak with a double in the bottom of the sixth but was stranded at third base as Manoah set down 22 of his final 23 batters. Baltimore was 1-for-17 with runners in scoring position in its three losses this series, going 6-for-11 in Tuesday’s victory.