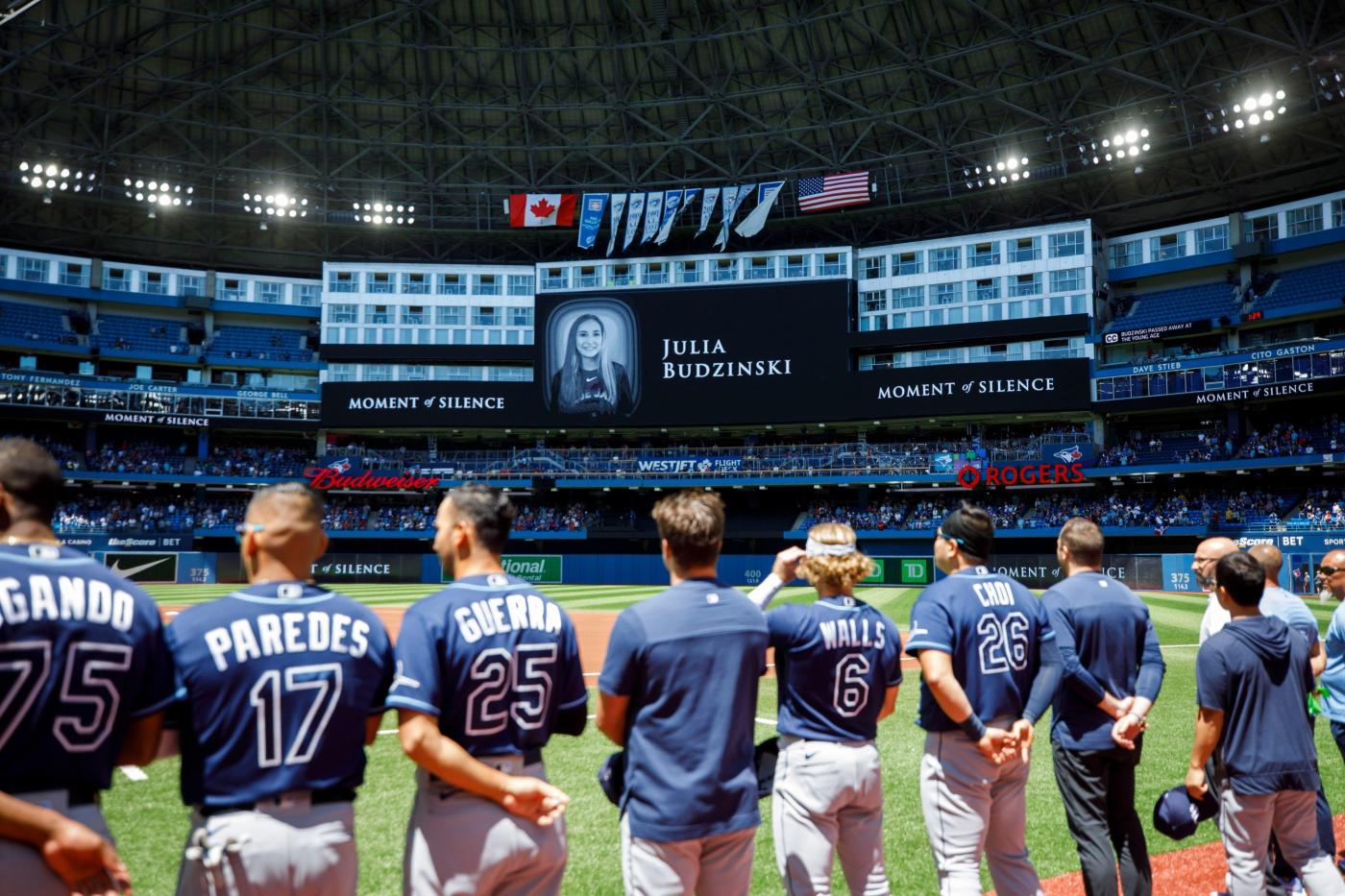 Toronto Blue Jays first base coach Mark Budzinski, who grew up in Severna Park, will be away from the team following the death of his eldest daughter.

According to a report by Richmond television station WTVR, Julia Budzinski died in a tubing accident on the James River Saturday. The station cited sources that said the 17-year-old Glen Allen, Virginia, resident fell from her tube.

“The Budzinskis have been part of our Blue Jays family over the last four seasons,” general manager Ross Atkins said in a statement Sunday. “This devastating loss is felt by our entire organization and we grieve alongside Bud and his family. I have known Bud for more than 25 years and have always admired his commitment as a dad and husband first. He is loved and well-respected by our entire clubhouse and holds a special place in all our hearts.”

The Blue Jays and Tampa Bay Rays lined up along the foul lines before first pitch Sunday for a moment of silence. Rays manager Kevin Cash said his team was “heartbroken.”

Budzinski and manager Charlie Montoyo left the dugout in the third inning of the second game of Saturday’s doubleheader against Tampa Bay. The Blue Jays’ clubhouse was closed after the 11-5 loss.

“Everyone in our clubhouse is thinking of Bud, and I know you are, too, of his wife and their children,” Montoyo said. “This tragedy reminds us what’s important in life. As a father and husband myself, my heart breaks for Bud and his family. They are in our thoughts and our prayers. Thank you for your understanding. Think of Bud and his family.”

Budzinski played at Severna Park High under coach Jim Pitt and American Legion ball for Severna Park Post 175 and coach Jim McCandless. He went on to star at the University of Richmond and was named first team All-Atlantic 10 Conference in 1995.

Budzinski was selected by the Cleveland Indians in the 21st round of the 1995 MLB draft and spent seven seasons in the minor leagues with that organization. He played four other seasons with minor league affiliates of the Chicago White Sox, Milwaukee Brewers and Philadelphia Phillies before retiring in 2005.

Budzinski spent six days and played four games in the major leagues with the Cincinnati Reds in 2003, going 0-for-7 at the plate before being demoted to Triple-A.

After initially returning home to Henrico County, Virginia, and working as a real estate agent, Budzinski returned to baseball as a minor league manager with the Cleveland organization. He was promoted to the major league staff in 2017 before Toronto hired him to be its first base coach in 2018.

The 48-year-old Budzinski and his wife Monica are the parents of two other children — Josh and Lily.

“Bud is one of the most genuine, nice, family-oriented, Christian men that you could meet in all of baseball,” Toronto pitcher Ross Stripling said. “It’s just a tragedy. We just all told him that we loved him, to go be with his family and we hope to see him soon. I’m now a dad. My son is 16 months old. I sat with my wife last night and we were emotional thinking about it. That has to be every parent’s worst nightmare to get a phone call like that. We feel for him, love him and miss him.”

Tigers manager A.J. Hinch, who roomed with Budzinski during his minor league career, expressed support for his grieving friend before Detroit hosted Kansas City on Sunday.

Elsewhere, Red Sox manager Alex Cora offered a similar message from Chicago, where his team was facing the Cubs.

The Associated Press contributed to this article.