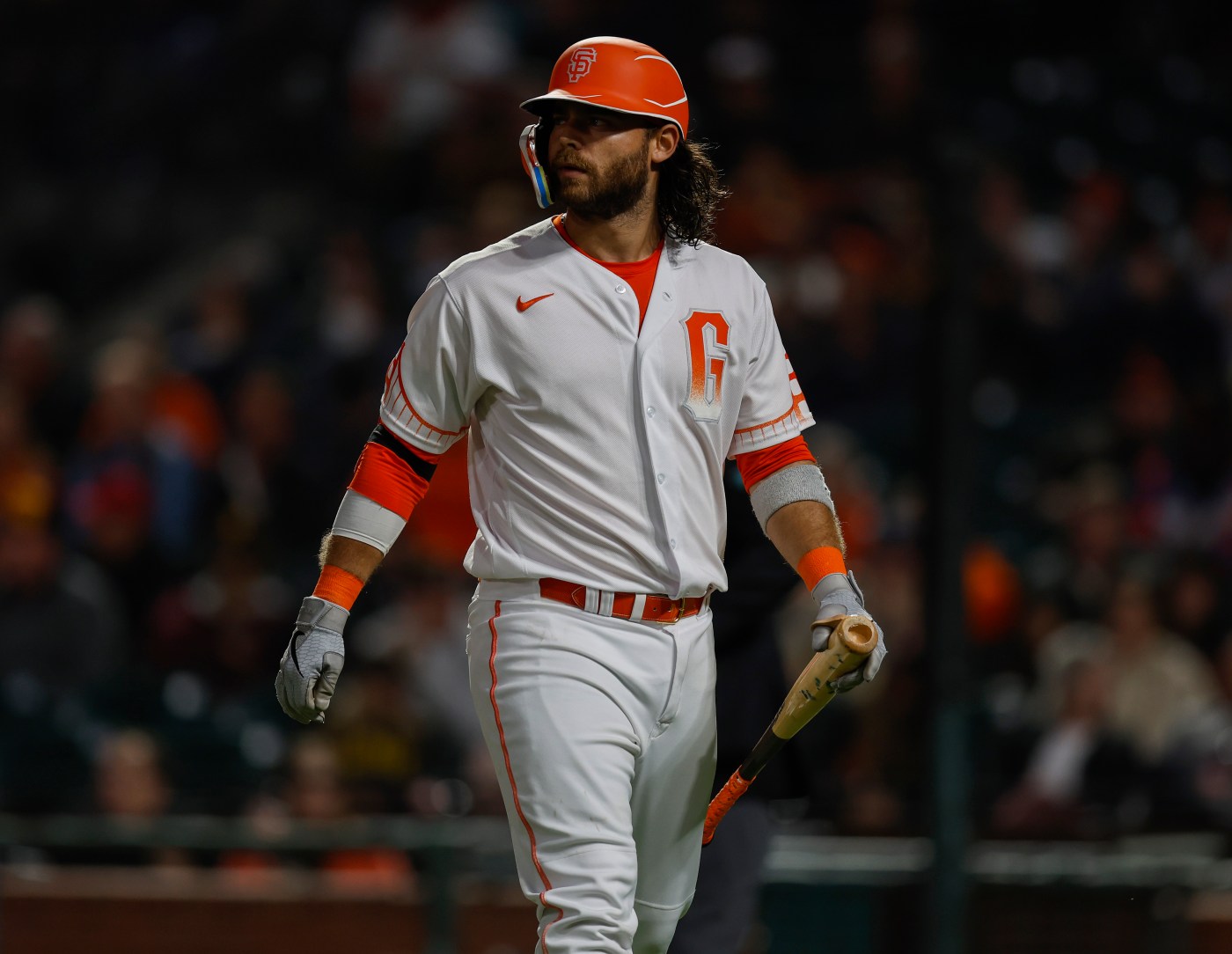 SAN FRANCISCO — Giants shortstop Brandon Crawford was upset after being called out on a check swing, and it led to an early ejection from Wednesday’s series finale with the Padres.

Third base umpire Ryan Blakney tossed Crawford between the second and third innings after ringing him up on an attempted check swing in the bottom of the second. Crawford threw his hands in the air and stared down the third-base line after being called out, then appeared to continue the discussion upon taking the field the following inning.

Here’s the “swing” call Crawford was not happy about ⬇️ pic.twitter.com/SPeAUZeqCL

Although Crawford was clearly upset at the call, it would be an exaggeration to call his mild-mannered exchange with Blakney an argument — a far cry from manager Gabe Kapler’s screaming match that got him tossed earlier this month.

Crawford was ejected between innings after being rung up on a check swing in the previous half inning pic.twitter.com/5abD9fzpqz

The ejection was the third of Crawford’s career and his first since 2018; he was also tossed from a game in 2013.

Thairo Estrada, who started the game at second base, shifted to Crawford’s spot at short, and Wilmer Flores moved from third to second. J.D. Davis entered the game to take Flores’ place at third.